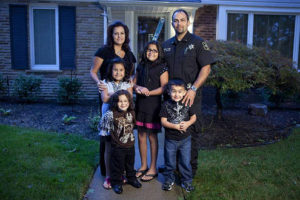 All are welcome to the United States if they come in peace.

Independence Day – “American” Colonists risked everything against the British, the most formidable power in the world at the time, and won our freedom.

So great a victory, one could be forgiven for thinking it providential, considering so many honest and brilliant political minds of the Founding Father’s together at the same time; Washington’s inspirational leadership of the overwrought, under-paid Colonial Army; and, must give credit to the French, without whom we may have had a longer struggle, and, who also gave us our great symbol of an open, free society, the Statue of Liberty.

The Statue of Liberty (Liberty Enlightening the World; French: La Liberté éclairant le monde – (also a reference to the torch she holds). 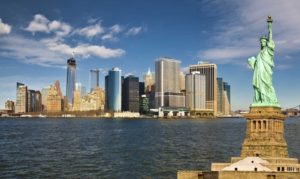 Statue of Liberty welcomes all immigrants from all countries and Religions.

The statue is the symbol we fought for, freedom and liberty, that changed these united states, to “the” United States. One hopes it will always be a welcome sight to “legal” immigrants from across the global lands and oceans.

The tablet with its inscribed “JULY IV MDCCLXXVI” (July 4, 1776), and the sonnet inscribed in the pedestal best describe the symbol of liberty:

“Give me your tired, your poor,
Your huddled masses yearning to breathe free,
The wretched refuse of your teeming shore.
Send these, the homeless, tempest-tossed to me,
I lift my lamp beside the golden door!”*

So appropriate a gift to the United States from the people of France, the nation of which, joined us in the last years of the War of Independence, and the last major battle (Battle of Yorktown). Thus, what better symbol than a woman! A French statue of a robed female figure (Libertas, the Roman goddess) was inspired by symbols already circulating in American culture.  At the time a robed female in American culture represented Liberty, derived from Libertas, and a symbol of freedom, especially to emancipated slaves. Most American coins of the time also had this icon.

On the Statue of Liberty, Libertas holds a torch which lights the way to freedom showing us the path to Liberty. Her tablet is said to symbolize the law of the land, while it actually reads: JULY IV MDCCLXXVI
–July 4, 1776– obviously referencing the American Declaration of Independence, July 4, 1776.
A broken chain lies at her feet. Another symbol of Emancipation.

The copper statue was designed by the French sculptor Frédéric Auguste Bartholdi. It was built by Gustave Eiffel and dedicated on October 28, 1886 during Grover Cleveland’s first term in office of the presidency.
(Grover Cleveland was president, the first of two non-consecutive terms, 1885 –1889, and 1893 –1897).

Not like the brazen giant of Greek fame,
With conquering limbs astride from land to land;
Here at our sea-washed, sunset gates shall stand
A mighty woman with a torch, whose flame
Is the imprisoned lightning, and her name
Mother of Exiles. From her beacon-hand
Glows world-wide welcome; her mild eyes command
The air-bridged harbor that twin cities frame.
“Keep, ancient lands, your storied pomp!” cries she
With silent lips. “Give me your tired, your poor,
Your huddled masses yearning to breathe free,
The wretched refuse of your teeming shore.
Send these, the homeless, tempest-tost to me,
I lift my lamp beside the golden door!”
Emma Lazarus, 1883

Muslims are Welcome in America!
Join us in the fight against Radical Islamist that hate you as much as they hate Western society. We have more in common in love of family, peace and good will. Inshallah, the U.S. will learn from its failed policies in the past, as I know many of the U.S. statesmen and War College professors agree.