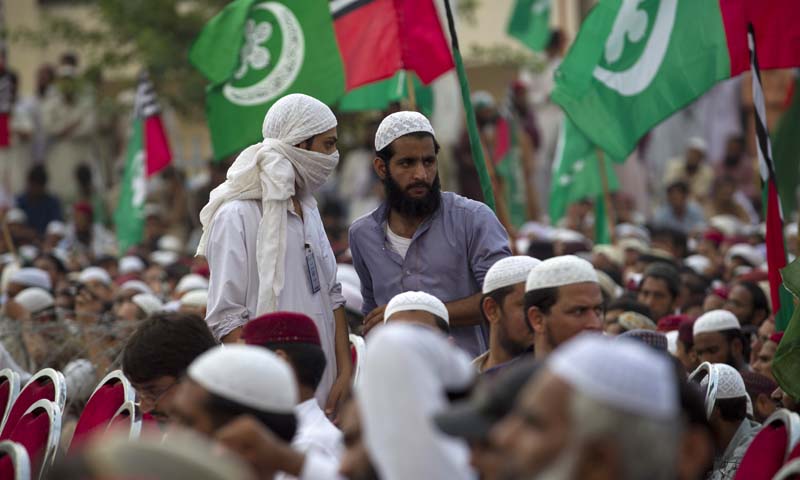 I can’t believe what I saw today was real. I went to offer Jumma prayer at the Abu Bakar Siddique (ra) masjid today which is right next to Iqra University’s new tall building  and this is what a guy was saying out-loudly outside of the mosque after the prayer:

“Give money for the honor of the companions, for the destruction of Shiism, Islam’s biggest enemy”

never felt this terrorized before. will never step in that mosque again insha’Allah! hundreds of Iqra University students were simply passing by while he was saying this.

The maddersa attached to this mosque is khulfa e rashideen. This is a Strong hub of banned organisation aswj as 3 to 4 buses of students are supplied to aswj/jui(f) jalsas from that maddersa. This maddersa was reported for hiding sectarian killers to LEAs 3 years back. Due to lack of action by the government, this area has become a hub for the Taliban.

“O Allah, we ask You to restrain them by their necks and we seek refuge in You from their evil.”