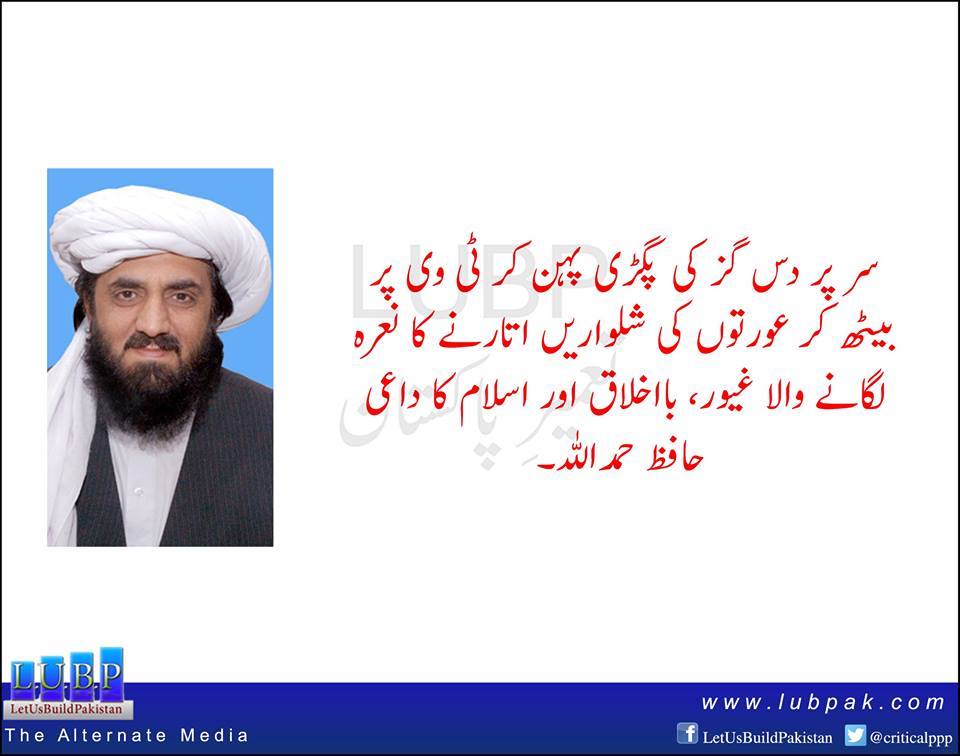 For me issue is simple, on the one hand in Pakistan there are people who can speak against Pakistan military, they can abuse molvis, they can say whatever they like but they prosper, they are offered good jobs, their relationships with both military generals and molvis (particularly deobandi molvis) not only remains good but they work hand in hand with them. For example, in a live tv program sitting with an ex-military general they will criticise military, they will talk against “everything” that apparently Pakistan military propogates, and at the end of the program the ex-general and our liberal elite will exchange smiles and would go in the same car under the security.

Similarly they will “Fight” with molvis in a live TV program, they will exchange abuses, it would seem as if there can not be anyone more courageous then them. And at the of the program the same molvi would give them lift to their home.

Remember one thing though in all of these be it the criticism against military or abuse against religion and molvis the topics will be carefully chosen and fights would be wonderfully crafted.

And our liberal’s career would keep on progressing from one channel to another and from Islamabad to US.

On the other hand there are people downtrodden, lower middle class, writers, journalists. They would be fired from their newspapers, tv channels. They will not get salaries for months on. They would not abuse the molvis as our brave liberal could do, they will not criticise military generals as harshly as our brave liberal can do and if he does he would have to remain anonymous.

And then if he crosses a certain line then it does not take more then a few bullets for the game over.