On the evening of 27th December, 2007, we edged along the crowded Shahrah-e-Faisal in Karachi. A cold winter breeze drifted in from a car window that had been left open for ventilation. Air-conditioners were a redundant luxury now that the temperature had plummeted to a cold extreme. And yet, there was a strong undercurrent of political friction that constantly reminded us that we were living through an era of sweeping changes.

There was a flood-tide of expectations from the forthcoming elections.

Optimism was virtually a non-entity as suspicion governed thought-processes. Many judicious observers had gone to the extent of stating beforehand that the elections would be rigged, damaging the political process entirely. However, not everyone was thoroughly convinced.

Against this backdrop of uncertainty, we drove leisurely towards our destination – the house of an ailing grand-aunt. But before we knew it, things took an unpredictable turn. A phone call announcing Benazir Bhutto’s murder left us astounded. The instinct of self-preservation prodded us to turn back.

Political murders were catastrophic events, particularly in turbulent countries like Pakistan. They could trigger a spate of socio-economic uncertainties. Mob tendencies would grow fearfully extreme and life would reach a standstill.

But there was a general consensus that this assassination had greater symbolic significance than any other mission of sabotage. To some it implied the derailment of democracy and to others it indicated the growth of radical Islam. In a sense, the murder had been expected much before Benazir Bhutto had returned to Pakistan to rally support for her political goals. Unfortunately, no one had anticipated it that evening.

As we drove homewards, fear enveloped my mind.

How could life be so brittle? I asked myself.

Here was a woman who had floundered for the upkeep of social justice, equality and the restitution of democracy. In the months following General Zia’s totalitarian takeover, she emerged as the true embodiment of righteousness when she untiringly fought to claim justice for her father. Her efforts may not have been of much avail but they steeled her to confront countless adversities she faced during her years in and out of public office.

How could moral courage that was obtained through several years of a dismal struggle be thwarted in a single explosion? More importantly, how could death justify a divergence of political opinion?

It was these questions that plagued my thoughts that night as the trepidation of Benazir’s murder turned into resignation. Their urgency astonished my sixteen-year-old mind. I felt the restive urge to understand this murder. But I knew that facts would not offer an accurate representation of its purpose. They would simply provide a string of politically motivated excuses for this heinous crime. All I could decipher in those brief moments was that life was precious. One simply could not divest it from anyone. It seemed so futile, so completely immature.

As the hours passed, I continued to ponder over this. But on a more pragmatic level I was convinced that no one in a world ravaged with political violence would understand this. Thus, I endeavoured to seek answers for myself. In a frenzied spurt of agony, I walked to my desk, equipped myself with a pen and several reams of paper and began to write. 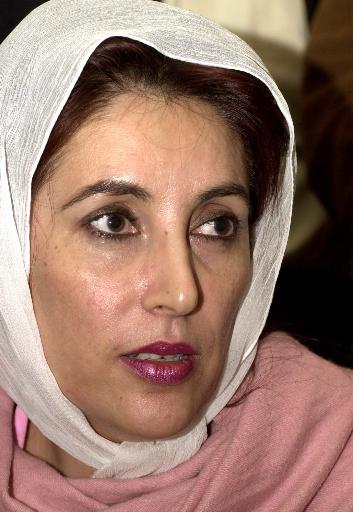 Initially I had contemplated a lengthy perusal of the many manuals on Pakistan’s history that had been tucked into a book shelf but the ideas came across as absurd. After all, how could something as fragile as death be explained through politics? Did it not surpass its influence?

I was certain that it did. And so, I chose to write in an attempt to immortalize Benazir’s life. I realized that so long as her life had been productive, the idea of its denouement would not seem bizarre. In fact, it would make death seem like a necessary phase of respite.

Moments later I was prepared with a poem that celebrated the life and times of a courageous woman:

Enthused by that graceful soul,

We throng to her sepulchre in cries and doles.

Our mind eclipsed in disbelief,

As her mission remains adjourned.

We recall those hours, unsightly and grim,

When she willingly floundered, fulfilling our whim.

She decreed for us the bounties of liberation,

Vowing to succour this poverty-stricken nation.

In a mesh of foreboding, she slithered to our rescue,

Wallowing in our woes; exulting when necessary,

Until her demise forced her to eschew.

Now, the Empress of Sindh, a saviour and kin,

Is ensconced in a mausoleum of martyrdom.

We wail and wait akin.