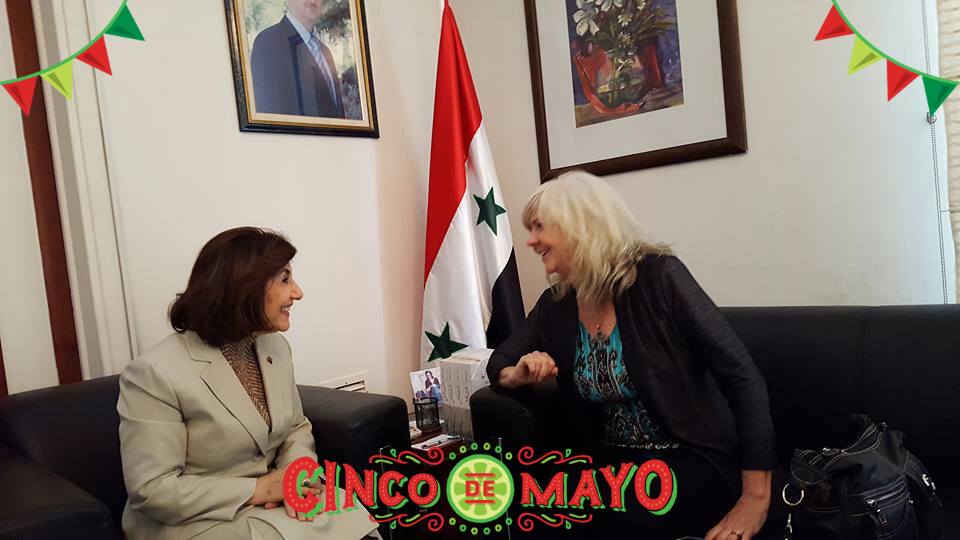 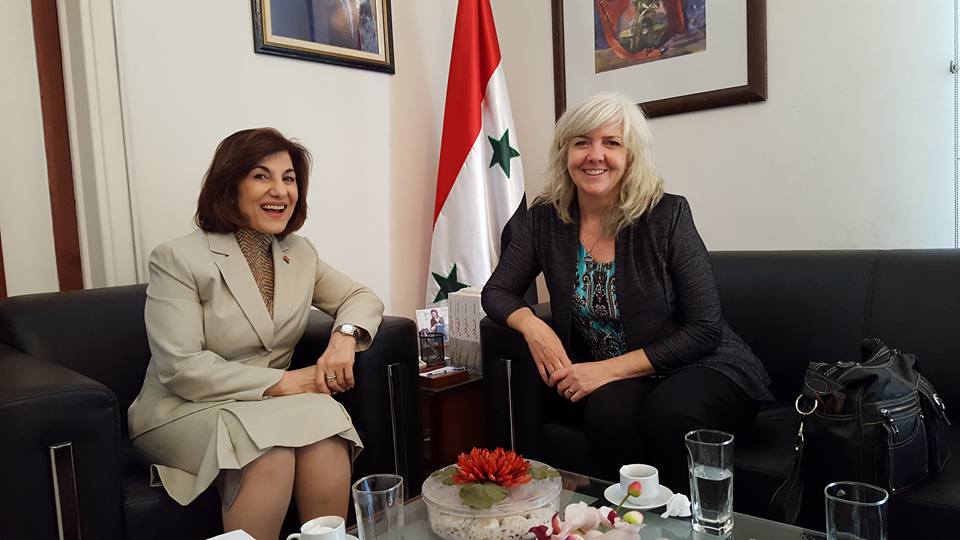 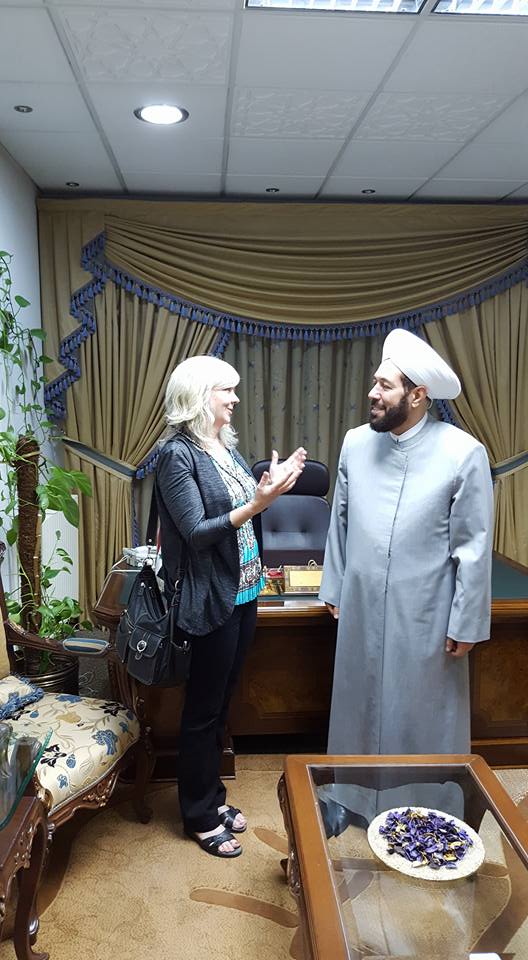 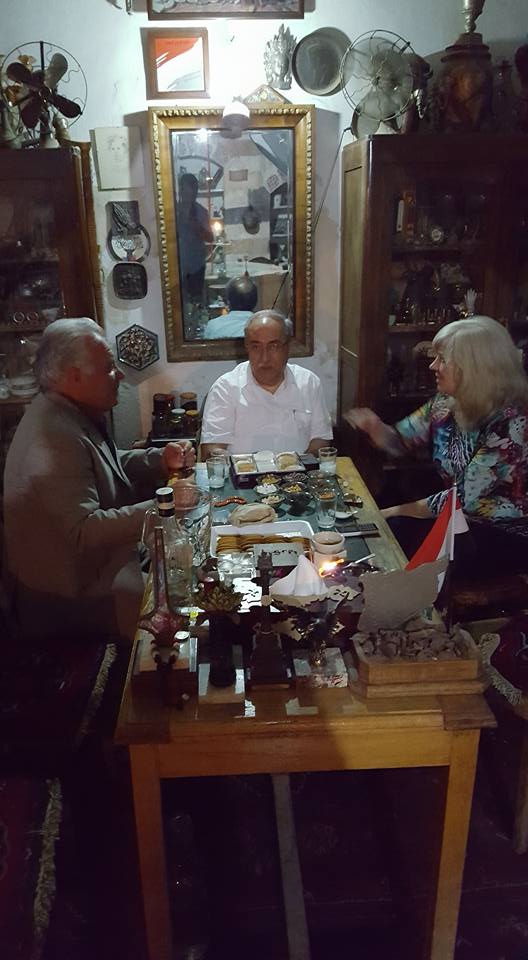 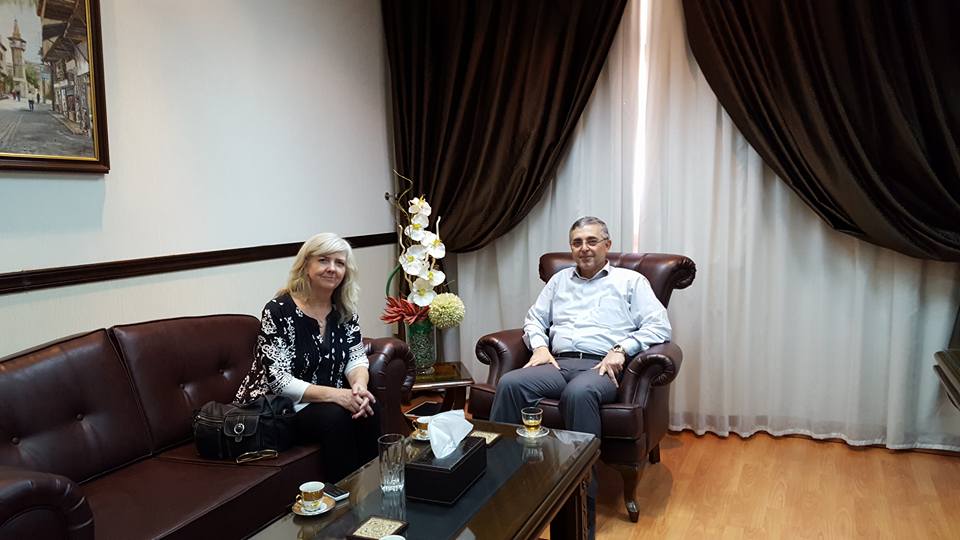 I knew this trip would be an emotional roller coaster…and I had no idea.

I have been in non-stop meetings with goverment ministers, high level officials as well as talking with soldiers, office workers, taxi drivers etc. thanks to my friend and guide Qusay. The leaders we have met with are among the finest in the world. Their sincerity, knowledge, integrity and passion have affected me deeply. As has every interaction with the people here.

Many many thanks to Dr. Bouthaina Shabaan (Political Advisor to President Assad), the inspiring Grand Mufti, Dr. Hassoun (I was in tears for much of that visit), and Dr. Ali Haider (Minister of Reconciliation) for being so welcoming and sharing so much of their precious time. What an honor to meet with them.

Most everyone here though is suffering and many have feelings of hopelessness.

This war, this terrible war. There are no words to describe the many different ways that Syria has been attacked but I will try to give an overview of how the US orchestrated “freedom and democracy” regime change coup has affected this beautiful country.

1) The people themselves of course most importantly. Syria was listed as the 4th safest country in the world before this war. Now it is the least safe. Hundreds of thousands dead. Every single family has lost loved ones. In some families all of their sons gave their lives defending their country.

2) Economy. The sanctions imposed on Syria are not crippling, they are torture of an entire nation. A kind of slow starvation that has led to punishing inflation and almost no jobs. These sanctions in my opinion are crimes against humanity. Very importantly, the “humane” west has made it impossible for them to get medicines.

3) Infrastructure. Schools, hospitals, homes, offices, homes are gone. The Syrian government has done a remarkable job of keeping kids in school, with some intact schools running two shifts. They have made sure that every child in government held areas has access. The “moderate rebels” on the other hand have consistently targeted schools and school children.

4) Culture. Syria’s foundational tolerance and respect among different religions has been directly attacked by western and regional intel agencies. It is nauseating. The archaeological treasures, perhaps the richest in the world, have been looted or destroyed by “rebels”.

Lord God Almighty, this must end.