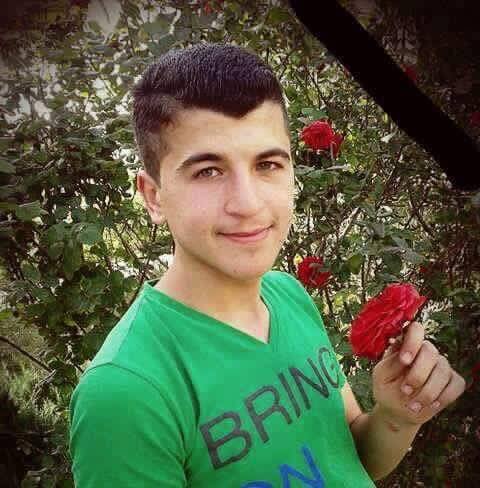 Syrian News: “Abdulrahman was killed by a terrorist rocket on his way home back from school today (April 25).”

Terrorists mortars, rockets, and Hell Cannon-fired gas canister bombs continue to rain down on Aleppo for the past few days (a dramatic increase from the sporadic but frequent terrorism Aleppo residents have been ravaged by over the years). Since April 23, over 1000 terrorists’ rockets/missiles/gas canisters have ravaged Aleppo (see: Syria: Aleppo is Burning and Western Media is Silent), killing at least 40 residents and injuring over 300, according to al-Alam journalist, Rabea Kalawandy‘s April 27 report.

8 martyrs so far. In ‪#‎Aleppo‬ as a result of the moderate opposition shells including children and women.”

The actual number of those murdered will likely be far higher, particularly with many of the injured being critically-injured.

“6 civilians were killed, 25 others wounded when Islamist rebels fired a barrage of mortars and homegrown missiles into the government held districts of Ashrafiyah, Nile Street, Mokambo and Al-Khalidiyah, in the northern city of Aleppo.

In a video published by Anna News, Aleppo residents spoke out about their daily suffering from the rebel’s constant shelling that took away many lives and did massive damage in Government-held Aleppo.”

A resident speaking in the video had one month prior lost two sons, as well as his hand and forearm to terrorists’ shelling on his neighbourhood.

In a lengthy April 27 BBC propaganda piece, when it finally got to the issue of Aleppo, the article said nothing about the current situation in Aleppo, and for some reason felt the need to use quotation marks when referring to established terrorist groups Da’esh and the Nusra Front:

“Russia, of course, has said it is largely striking at IS and al-Nusra “terrorists”.”

Granted, the piece is meant specifically to be anti-Russian propaganda, but yet, not a single mention of the past few days of al-Nusra and other terrorists’ horrific bombardment of Aleppo’s residential areas.

Instead, BBC inserts an undated photo of Aleppo “subjected to airstrikes”, a photo with two hefty men resembling Nusra or other terrorists in the background, one of whom seemingly wearing military fatigues, incidentally.

A search on BBC’s website, using the query “Aleppo”, unsurprisingly turns up zero other articles (other than the anti-Russia piece) on Aleppo the past four days of terrorists’ bombardment of Aleppo.

The Guardian ran the same photo in its April 26 piece by authors based in Turkey, this time with the photo caption: “A wounded boy is helped out of a ruined building after an air strike on the Fardous neighbourhood in Aleppo.”

The Guardian omitted the fact that Fardous is occupied by terrorists.  Further, had the Guardian done a search on the photographer, Ameer al-Halabi, they would have found photos like this showing the photographer’s proximity to clearly armed terrorists, as well as this Feb 2016 photo showing so-called “White Helmets” “rescuers” in Aleppo.

As for the Guardian piece, it is full of the standard MSM obfuscations, and does not highlight the crisis that is Aleppo under terrorists’ bombardment. Instead it employs the standard accusatory rhetoric, mourns for the “Civil Defence” aka “White Helmets” aka terrorist supporters and propagandists.

In fact, BBC, Guardian, AFP, CBC, etc, all read from the same tired, lying script: pretending that WH are rescuer workers, lambasting the Syrian army/airforce/government, and utterly ignoring or downplaying the immense tragedy of the massacres actually taking place by western-backed terrorists.  None of this is surprising, but it is most certainly infuriating. There is no respect for actual loss of life by terrorists in Syria; the humanitarian cards are played and manipulated only to serve the long-dead rhetoric of the NATO-alliance criminals.

Syrian political analyst and freelance writer, Kevork Almassian, noted an uplifting development: “The “Syrian Specialist Hospital” in Aleppo declares it will treat the injured civilians by the Turkish Western backed terrorists for free.”

But as western/corporate media continue to ignore the terrorists’ bombardment of Aleppo, and as Syrians there continue to endure the worsening situation, independent media must ensure that the reality is told and the lies refuted.