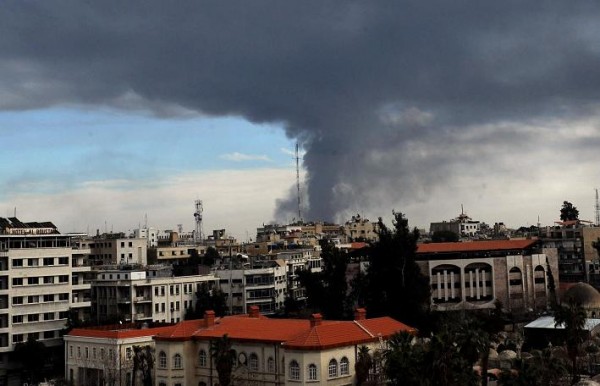 Pakistan was greatly damaged when the military dictator Genreral Zia ul Haq streamlined the practice of using radical Deobandi and Wahhabi (Ahle Hadith) militants as an instrument of foreign policy. His successor PM Nawaz Sharif has never explicitly distanced himself from this policy and several PML N senior leaders and cabinet members such as Shahbaz Sharif, Chaudhary Nisar, Rana Sanullah, Chaudhary, Khawaja Saad Rafiq, Irfan Siddiqui etc continue to sympathise and associate with ISIS-affiliated Takfiri Deobandi terrorist groups like Sipah Sahaba Taliban/ASWJ-LeJ and Jaish. The PML N government represents that part of the Saudi-backed, Pakistani establishment that does not even want a limited and selective operation against Jihadists.

Never before in the history of Pakistan had proxies assumed such a central role. While Jihadi proxies were being used since 1948, General Zia’s glee in using them remains unmatched. This has resulted in tremendous blowback – a blowback that will continue ask as long as the Pakistani establishment continues supporting Jihadists as foreign policy actors. However, Pakistan is not the only country that adheres to this destructive policy of supporting radical Deobandi-Wahhabi Jihadists. Saudi Arabia is the “mother lode” for this policy and unfortunately Saudi allies like the United States, Europe and NATO continue to adhere to a similar policy with their direct/indirect, passive-aggressive policy of supporting Al Qaeda in Syria, Iraq, Libya and Yemen. Just like the blowback that has claimed 70,000 lives in Pakistan, the attacks on US and European homeland continue to highlight the folly of such a policy. All the attacks have the common denominator of being committed by Saudi-sponsored Wahhabi and/or Deobandi terrorists.

One of the most significant exposures of this policy was when a combination of the Syrian Government, Russia, Iran and Hizbullah retook the historic city of Palmyra from ISIS. During the last 18 months of allegedly targeted NATO strikes, ISIS had only grown stronger, not weaker!

This article, “World played with fire in Syria, scholar says” (April 26th, 2016) details just some of this horrible blowback.

“The most extreme variant of this “root-of-all-evil” hypothesis is the idea that the Assad regime itself was responsible for the rise of ISIL and has continued, in one form or another, to collude with it.

This idea has become commonplace on both sides of the Atlantic. If ISIL is responsible for the Brussels attacks, as it claims, then, of course, Western leaders should be celebrating ISIL’s defeat at Palmyra.

But since that defeat has come at the hands of regime forces, this would be to admit they were wrong. And one thing these people will never do is admit they are wrong.

“The reason for my barring was an article I published in June 2012 on the Houla massacre. The massacre represented a major turning point in the Syrian conflict.

Responsibility was almost instantaneously attributed to regime forces and/or affiliated militias, and Western governments responded by cutting off diplomatic relations with Damascus.

Two weeks later, however, Germany’s paper-of-record, Die Frankfurter Allgemeine Zeitung, published a report suggesting that these initial attributions were mistaken and that the perpetrators of the massacre were in fact rebel forces.”

“With the sole exception of Salah Abdeslam, all the known perpetrators of the November Paris attacks were returnees from Syria.

Four of the five suspected perpetrators of the Brussels attacks are known to have either been in Syria or attempted to get there.

By providing moral and diplomatic and, in some cases, material support to the anti-Assad jihad in Syria, and by allowing jihadist safe havens to be carved out of Syrian territory, the European powers helped to create the most important incubator of terror that the world has yet seen.”