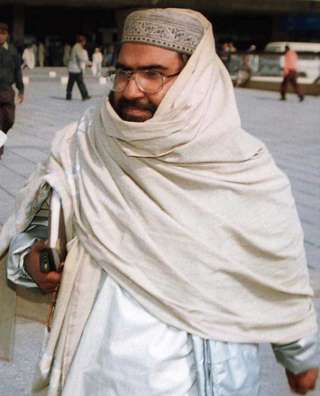 “As with other British Deobandi scholars, references to Mehmood disappeared from the pages of Azhar’s magazines well before 9/11. However his name appears in the magazine of Sipah-e-Sahaba, a militant group responsible for killing Shia Muslims and other religious minorities in Pakistan.” Masood Azhar: The Man who Brought Jihad to Britain, April 5, 2016, BBC News

Tsk, tsk, tsk, Shame on BBC news for their “sectarianism” for explicitly naming Masood Azhar’s Deobandi faith identity. Or for highlighting that the 40%+ of British Mosques that are Deobandi are at the fore front for inciting violence and intolerance.

Why, oh, Why BBC did you have to get so specific. You could have used obfuscating and sweeping terminology like “Islamists” to deflect attention away from the Specific Deobandi faith identity of Masood Azhar. You could have talked about the doctrine of armed Jihad in Abstract terms without highlighting which sub sub sect is at the forefront of (mis)using this doctrine to commit terrorism all over the world, including India.

Instead you had to show Masood Azhar Deobandi wearing a Saudi-style Ghutra, thereby reinforcing what we all know; that it is Saudi Arabia who is of the leading donors to the vast Deobandi mosque and madrassa nexus in Pakistan – one section of which is actually called “Wafaq ul Madaris al Arabiya whose general secretary is Hanif Jullandhary Deobandi – a “civil society” contact!

BBC, if you had not gotten all so specific about Masood Azhar’s Deobandi identity, we could have shifted the blame for JeM from Pakistani establishment, MI5 and Saudi Arabia onto……. Iran.

It is all very easy and DC (Deobandi Commercial) liberals have been doing this for some time now.

For starters, we could have started with our typical “Iran = Saudi”/Sipah Sahaba = Sipah Mohammad Binary. Then we could have taken the topic off on a tangent about the recent Amnesty International report on Iran. With “two shakes of a lambs tail”, the audience attention would have been diverted away from the extremist Deobandi nexus in the UK (and Canada, UK, South African, Pakistan and India) and shifted off half into the universe of abstracts and half blaming Putin/Assad/Hizbullah/Iran for JeM!

But no BCC, you had to bring in the dreaded ingredient known as “research”, you had to get specific!

BBC, the problem is that when you go from the Abstract to the specific, you are actually creating the situations for problem resolution. This is NOT ON! DC liberals and their Jamaati supporters like me will oppose you!