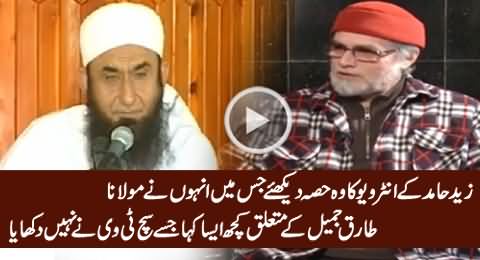 The recent terror strikes at Bacha Khan University in Pakistan were absolutely pathetic. It reinforced the fact that the mindless terrorist faction, Tahrik-e-Taliban Pakistan and other fanatic goons cannot put up with the idea of Muslims being educated in universities and modern institutes. They will only settle when all the young, gullible and impressionable Muslim students are indoctrinated into the vindictive Talibani thoughts in the radicalised Pakistani madrasas.

Therefore, the extremist outfits have set schools on fire, barred girls from schools and gunned down graduate students in universities in a crazy bid to cultivate an inherently violent ideology on Muslim society. The TTP is especially known for its atrocities and brutal attacks on the entire concept of modern education termedilm-e-jadid in Pakistan. The Jihadist ideologues are vehemently antithetical to this heavenly bliss that came to deliver man from ignorance to enlightenment. Thus, it was a ghastly strike on the universal Islamic legacy of al-ilm (knowledge per se) that was bestowed upon the first Prophet of Islam, Hazrat Adam (a.s) along with other angelic attributes (The Qur’an-2:31). But more tragic and grim situation is prevailing now. Even after the Talibani mullah military trained in Pakistan’s Deobandi madrasas have reportedly claimed the responsibility, many top Tablighi-DeobandiUlema in Pakistan are still silent. Even the Tablighi stalwarts who rule the roost in the religious circles of Pakistan have raised no concern over it. Only a few modernist, progressive and forward-looking Islamic scholars have expressed their dismay at this tragedy. For instance, Sufism-inspired Pakistani scholar and religious leader Dr TahirulQadri, who has the authority of a Sheikh–ul-Islam (grand scholar of Islam) in Pakistan and who heads the country’s popular organization, Minhajul Qur’an International, has tweeted:
“I strongly condemn the bomb blast and express my deepest griefs on loss of precious lives…..terrorists are exploiting discriminatory implementation of NAP. I strongly condemn the terrorist attack in ‪#‎Charsadda‬ University”.
But oneis amazed at the sheer naivety and meaningful silence of the Pakistani religious industry’s celebrities like Maulana Tariq Jameel, the leading Deobandi-Tablighi televangelist who have acute grip over the young and ambitious Muslim youths in Pakistan. This is an intriguing question that one of the Pakistani defence analysts, Zaid Hamid has also raised in his recent televised statement about the university attack. He averred that it was worrying to note that Maulana Tariq Jameel did not utter a single word against the terrorist strike at Bacha Khan University.

To our utter shock, Maulana Tariq still carries on with a completely ambivalent and doubtful attitude towards the continued terror strikes led by the Taliban goons. Therefore, Hamid has posed a hard question: “All terrorists in Pakistan greatly revere Maulana Tariq Jameel, but he never denounces terrorism calling the name of TTP other terror outfits. The entire youth segment of Pakistani Muslims listens to Tariq Jameel’s sermons and hence follows his verdicts. But what kind of Ulama-e-Haq (rightful clerics) he is from that he has shut his mouth on the merciless slaughtering of innocent children?” One wonders if the likes of Maulana Tariq Jameel are trying to convey his pro-terrorist emotions.

For silence is also a form of communication. It is taught in media and communications studies. Hamid rightfully asks the Maulana to open up and speak at least for the sake of country’s peace and stability. Such Maulvis, Hamid tells, tacitly support and encourage the terrorists much in the same way as those religious zealots who openly favour terror outfits such as Maulana Fazlur Rahman Jamat-e-Islami Pakistan’s leader and Maulvi Samiul Haque. Zaid Hamid can be viewed with his related and relevant remarks in this video: (unewstv.com/…/watch-the-censored-part-about-maulana-tariq-j…) Similarly, Dr.Tahirul Qadri is reported to have shared the same sort of feeling a few years ago after a similar ghastly attack by the Pakistani religious extremists: “the Wahhabis and Deobandis have been silent in condemning the killings in Pakistan and abroad.

They dominate much of the apparatus of state in Pakistan — as well as most of the mosques in London — which is why in the West we receive mixed messages: the military launches vast offensives while the religious and education ministries say nothing. As a result, many in the West believe that the religious domain in Pakistan is not doing enough to counter the violence”.
Dr.Qadri came out with a very interesting statement in the course of his conversation with the media. He said: “Every Salafi and Deobandi is not a terrorist but I have no hesitation in saying that everyone is a well-wisher of terrorists and this has not been appreciated by the governments as yet”. (Source: standard.co.uk/…/is-this-a-triumph-for-the-islamic-peacemak…).
One would agree to the emerging view that merely Barelvi or Shiite Ulama issuing fatwas against the Tahrik-e-Taliban will not suffice until the Pakistan’s Deobandi clerics whom the TTP adheres to, speak in the same unison. Indeed, there is no denying the fact that if clear, unequivocal and unambiguous clarifications, as such, are made by towering leaders and speakers of the all the Islamic sects, many vulnerable young Muslims may keep themselves abreast of extremist indoctrination.

But sadly, a large number of Deobandi Ulama in Pakistan remain silent and unmoved by the heart-wrenching events that shook even the world fraternity, Muslims and non-Muslims alike. After the ghastly attack has gone unchallenged by the influential Maulvis in the country, the moderate, rational and progressive peace actors of the Pakistani Muslim society have only one option now; they need to identify and curb the extremist religious drive that lures one into murdering and maiming non-combatant civilians including women, children and innocent students. Such sagacious members of any society, Muslim or non-Muslim, cannot remain silent onlookers at the religious extremists brazenly violating the basic human rights and decent lives. It is high time they take cognizance of the extremist ideology that the Taliban, ISIS, Boko Haram, Al-Qaeda, Al-Shabab and its entire jihadist ilk adhere to.

Nearly all world leaders and governments, besides the common compassionate masses, have shown sympathy to the innocent deceased Pakistani civilians. But the question still remains unanswered: will the Pak government and the concerned civilians again restrict themselves, as usual, to a verbal outrage against the TTP or other terror organisations?

Is merely barking against the culprits sufficient enough? Why has the counter-terror military expedition “Zarb-e-Azb” miserably failed in the complete cessation of the terror from the ground? All these questions will remain unanswered or futile and cumbrous, unless the religious drives of terror are crushed. It is an opportune time for the Pakistani government and intelligentsia to recognize and root out the extremist thoughts and ideologues openly or tacitly supporting the fanatic factions of terror in the country and abroad.