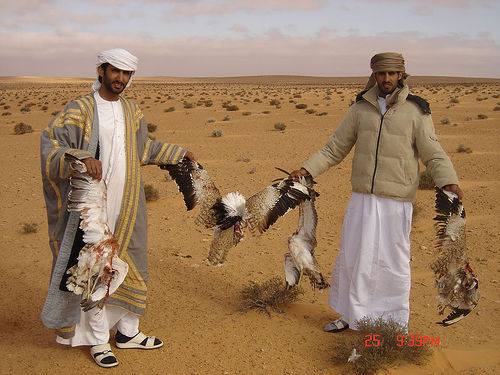 The ongoing development regarding Iran’s (partial and slow) re-integration in the global economy is a blow for all those who appreciate culture and art. This is a tragic day for many Pakistani liberals who peddle the Iran = Saudi binary.

For decades we saw Iran “export terrorism/revolution” and “destabilise the world” while Saudi Arabia exported award winning films and works of art that spoke about the human condition. For decades, charismatic and courageous Wahabi and Deobandi clerics like Maula Aziz (of Red Mosque fame) and Maulana Tahir Ashrafi (of drunken buffoonery) fame articulated their bold, “secular” and “progressive” vision for the future of freedom. Who can forget how the “brave” Mullah Aziz escaped disguised in a Burqa. He reminded us of the Golden Age when the best thing to do when confronted by superior force and weaponry was to run. Run for cover and only reemerge when it is safe.

On the other hand were “sectarian” clerics like Sheikh Nimr who never really found any support amongst those “liberals’ who support and promote Tahir Ashrafi Deobandi.

For decades, Saudi Arabia promoted “harmony” and “peace” in the region by supporting “freedom movements” like ISIS/FSA and Al Qaeda and all its various avatars like Jaish ul Islam, Boko Haram, Ahrar Al Sham, Jabat Al Nusra and Al Shabab. These movements showed humankind the “non violent” way of combating the “oppression” that was exported by Iran.

For all these endeavours, Saudi Arabia was awarded with the Chair of the United Nations Human Rights Council. So what if Iran may finally be getting back its $100 billion in frozen accounts – Saudi Arabia has shown the world that there is more to life than gaudy displays of wealth.

The Wahabi-Deobandi strand of Islam has enriched the world with such Humanistic poets such as Baitullah – the leader of the Taliban Peace Corps. It has provided handsome and charismatic clerics like Maulana Fazlur Rehman and Maulana Sami ul Haq – leaders of the Deobandi JUI faction that is the parent body for Jaish-e-Mohammad/ASWJ-LeJ/Jundullah/Taliban.

Pakistan must decide – for too long it has become an Iranian puppet. Pakistan needs independent and bold leaders like Nawaz Sharif to break off the shackles of Iranian hegemony in Pakistan. Under bold Marxist revolutionaries like Nawaz Sharif, Pakistan must finally establish ties with Saudi Arabia. For decades, Saudi Arabia has been supplying the world with oil – the non-polluting and renewable energy source even as the world is being destroyed with wind and solar energy solutions. While Iran wanted to enslave Pakistan by providing it with a Gas Pipeline, Saudi Arabia wanted to protect Pakistan’s ecology by eliminating entire species of birds and mammals like the Houbara Bustard.

Both Pakistan and the world must learn from Saudi “democracy” – for truly King Salman and his son are the intellectual heirs to Thomas Jefferson and Pericles.

This post is dedicated to all those who perpetuate the Iran = Saudi Arabia binary. These “big hearted” folks perpetuating this binary must be commended for their restraint for equating a cultural and intellectual giant like Saudi Arabia with a global, “sectarian” hegemon like Iran that has been buying global integrity for too long.