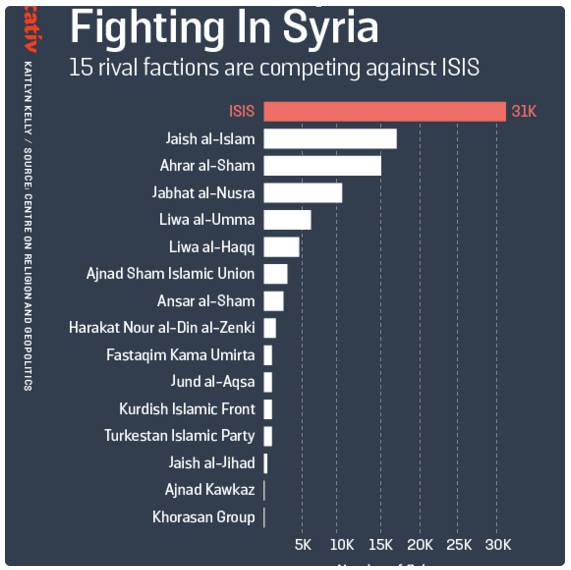 Jaysh al-Islam: Formerly known as Liwa al-Islam or the Brigade of Islam, is a coalition of multiple Islamist and Salafist militants, backed by Saudi Arabia.

Tajammu al-Izzah: A rebel group apparently targeted by Russian airstrikes in northern Hama at the end of September 2015. Aligned with the so called Free Syrian Army and thought to be part of a CIA-backed training programme.

Free Syrian Army: This largely non-existent group of the so called moderate fighters who initially dominated Syria’s uprising. It is often marginalised by more radical groups, and is known for selling arms to Al-Qaeda and ISIS.