Sameer Lalwani’s recent report on Pakistan’s slow (and as yet incomplete) turn away from radical Deobandi militancy for Foreign Policy  (FP) is reasonably balanced.  However, much more needs to be done.  It seems that the PML N government opposes some of these moves and is using its judicial proxies to stall action against unrepentant and boastful terrorists.  While the National Action Plan formulated by the elected government seems to be absent, the army action against the Taliban has drastically reduced violence by interlinked radical Deobandi terrorist groups like ASWJ-LeJ and the Taliban.

In the past, the military was more keen to get more involved in foreign mercenary adventures. The opposite has happened when it came to Yemen. Saudi establishment proxy, PM Nawaz Sharif committed Pakistan to Yemen without even consulting the Parliament. For once, the media was critical of Saudi Arabia’s blatant aggression against the world’s poorest country and was also critical of Saudi Arabia’s support to AQIP and ISIS in Yemen. The army under General Raheel has limited Pakistan’s involvement in a disastrous and inhumane Yemen campaign while PML N and sections of the (pseudo) liberal English media wanted Pakistan to fully back Saudi Arabia.

The FP report highlights areas in which action has been taken. These include action against the Deobandi Taliban in the tribal areas, action against Takfiri Deobandi urban affiliates like the ASWJ-LeJ and the (relative) denial of social space to these hate outfits. The article also lauds tough foreign policy decisions made by Pakistan such as limiting its involvement in Saudi Arabia’s inhumane aggression against Yemen.  Furthermore, the article also acknowledges that much more needs to be done and acknowledges that certain militant proxies have still been left untouched.

In 2014 June, PM Nawaz Sharif was still adamant to reach a compromise with his Taliban allies via one-sided farcical “talks” and “negotiations”.  After the Karachi airport attack by the Taliban in 2014, the recently promoted COAS took the initiative and Nawaz Sharif reluctantly went along without ever taking ownership.

During the tenure of the previous Army Chief, little to no action was taken and the country slid backwards. Ironically, some of the same authors who obliquely wrote in favour of the last army chief (Cyril Almeida) while disproportionately frothing at the previous electoral government are now very critical of the current army establishment. 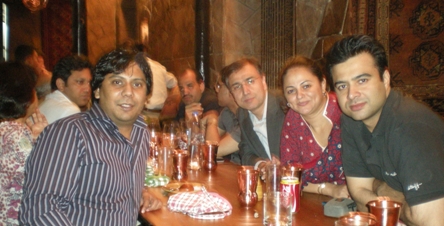 According to Cyril: Army must consider that “the costs of non-intervention are higher than the benefits of the status quo.” DAWN, September 15, 2011.

The elected government of PM Nawaz Sharif appears to be on the wrong side of some of these positive development that Pakistan has made against takfiri violence.  A few of his senior ministers are still cosy with banned outfits though to his credit, his administration has followed the current Army chief’s lead by limiting the public space to banned Deobandi terror outfits.

However, to reiterate, much more needs to be done by the civilian government and the army.