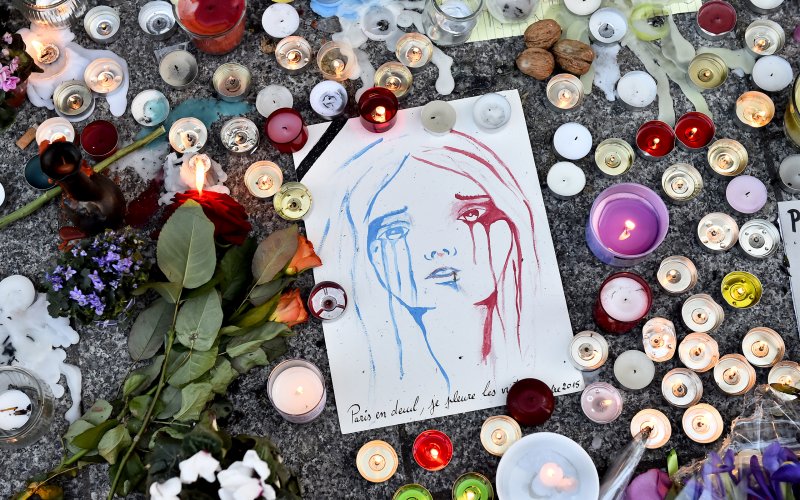 PARIS — Although officials have been slow to release the names of the victims of the Paris terror attacks, from those that are known a portrait is emerging of vibrant young people as diverse as the city they called home.

Among the 129 dead, several were of African, North African, or Middle Eastern descent. Some, certainly, were from Muslim families. And in the warped thinking of the so-called Islamic State, they may have been the most important targets of all. The ISIS statement reveling in the slaughter calls them “apostates,” meaning that they abandoned Islam, that they became part of Western life and culture. And ISIS, looking to create as much anger and hatred as it can, is at war with assimilation.

So the staccato bursts from Kalashnikovs that cut like a scythe through outdoor cafés on a warm November night, the bombs and bullets that blew to pieces kids rocking to the thunder of a heavy metal band in the Bataclan concert hall, all were justified because “hundreds of apostates had gathered in a profligate prostitution party,” the ISIS statement declared.

Yeah, listening to a band. For that, 89 people were murdered on the spot in the Bataclan.

Probably none of the victims there or in the nearby cafés had ever thought of themselves as apostates. From what we know about a few of them, they were too busy building their lives in France, where many of them were born, to worry about the fanatical outrage of a would-be caliphate in the desert wastes of Iraq and Syria.

Djamila Houd, a 41-year-old mother of an 8-year-old girl, was shot twice on the terrace of La Belle Équipe restaurant on the Rue de Charonne. She worked for the French fashion house Isabel Marant and hailed from the town of Dreux west of Paris, where the local paper said she “symbolized the success of a whole generation”: the children of Algerian soldiers who had fought alongside the French and then immigrated to this country after Algerian independence in the 1960s.

“She was a very kind, generous, lively, and beautiful person,” her friend Khalid Bouizem told The Daily Beast in an email. “I just got the confirmation of her death this morning. I am really shocked and angry.”

That local paper in Dreux, L’Echo Républicaine, said Houd and others of her generation “never forgot their origins but were able to make their way in every milieu and appreciate people from all backgrounds.” She was “a young woman who was free and who loved life.”

Also among the victims was 29-year-old Algerian violinist Kheireddine Sahbi. Known as “Didine” among his friends, Sahbi was studying ethnomusicology at the Sorbonne. Previously, he had worked with Algeria’s Institut National Supérieure de Musique.

Friends and family describe Sahbi as a kind, calm man and a dedicated musician.

“He was someone who lived for music,” his friend Aghiles Arezki, who worked with Sahbi at Algeria’s National Symphony Orchestra, told The Daily Beast by telephone from Tizi Ouzou. “He went to Paris to perfect his craft…It is very painful to lose such a person.”

According to Sahbi’s sister, Sarah Ludie, he was on his way home to his apartment in the neighborhood of Place de la République when he was killed. In a post on the wall of a Facebook group created to find the missing, Ludie describes her brother as a loving and caring man who was returning from a rehearsal for an upcoming concert when he was shot.

“He was alone and he must have been terrified and unable to understand what was happening around him,” Ludie writes in her post. “He wouldn’t have thought for a minute that it was gunfire, because he never doubted that France was a secure country. My family and I are broken over his loss.”

Also killed was Mohamed Amine Benmbarek, a 28-year-old Paris-based Moroccan architect who was with his wife when the shooting began.

“I just learned that one of my cousins was a victim in the #‎Paris‬ attack,” his cousin Akram Benmbarek posted on his Facebook account. “A newlywed, Mohamed Amine Benmbarek pa

Halima Saadi and Houda Saadi, two Tunisian sisters living in France, were celebrating the birthday of a friend at La Belle Équipe when gunfire broke out. Halima, a 37-year-old mother of two, died at the restaurant, and Houda 35, succumbed to her injuries in the hospital. A video clip on Radio SAWT Menzel Bourguiba shows grieving family members clutching pictures of the sisters, two beautiful young women in what look like strapless wedding gowns.

“She was killed with all the other innocents,” her brother Bechir told Le Parisien newspaper. “Those who did this cannot consider themselves religious.”

“Auntie Halima, you were there to welcome me to Paris,” her niece, Magui Chanel, who works in finance in Dakaar, Senegal, posted on her Facebook page. “Rest in peace brave femme.”

Music buff Thomas Ayad, 32, was an executive with Mercury Records and was among the concertgoers at the Bataclan on Friday night. In addition to his passion for music, the Amiens native was a member of a hockey club in his hometown.

Universal Music Group chairman and CEO Lucian Grainge released a statement on Saturday confirming Ayad’s death in the attacks. “We have confirmed that Thomas Ayad, an international product manager for Mercury Records, lost his life in the attack on the theater. This is an unspeakably appalling tragedy. I cannot even begin to express the depth of my sorrow.”

“Rest in peace my friend Thomas Ayad, I’ll never forget your love for music and your kindness…,” Mathias Fau, a French friend living in Los Angeles, wrote on Facebook.

“A thought for you, Thomas Ayad, and for your friends and family,” Amaury Gabelle of Valenciennes posted on Facebook. “We will see each other on the other side.”

It’s sad to say that these are, by and large, the forgotten French people of African, North African, Middle Eastern, and Muslim backgrounds: the ones who do the best they can to become, despite many obstacles imposed by prejudice and ghettoization, productive and creative members of French and European and, yes, Western society. The great ironic fact of life in today’s France is that such people are the rule in this society, while the partisans of ISIS are the very rare exception. And ISIS knows it. That’s precisely why it wants them dead.