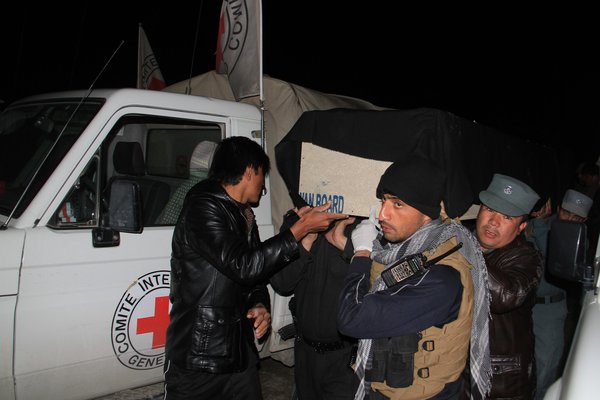 Typical obfuscation of ‪#‎ShiaGenocide‬. This roundabout article barely mentions and deliberately obscures that it is the Shia identity of the victims that is the cause of their being targeted. Similarly it uses sweeping terminology like “Sunni” to hide the specific Deobandi sect identity of the Taliban perpetrators.

The Taliban routinely target across the ethnic and faith divides. In Pakistan, the Deobandi Taliban regularly target Shia and Sunni Pashtuns – whereas this article subtly attempts to misrepresent the recent brutal execution of Shia Hazaras as an ethnic issue.

In Pakistan, there are establishment plants like Abdul Khaliq who disassociated himself from the Coffin protests that awakened conscience at the global level in January 2013. While millions of Pakistan conducted united protest all over the country, this shill and failed electoral candidate conducted a separate protest. Unfortunately, this same Abdul Khaliq is the favourite “source” of some Pakistani “liberals” and establishment touts whenever they want to obfuscate, dilute and misrepresent #ShiaGenocide.