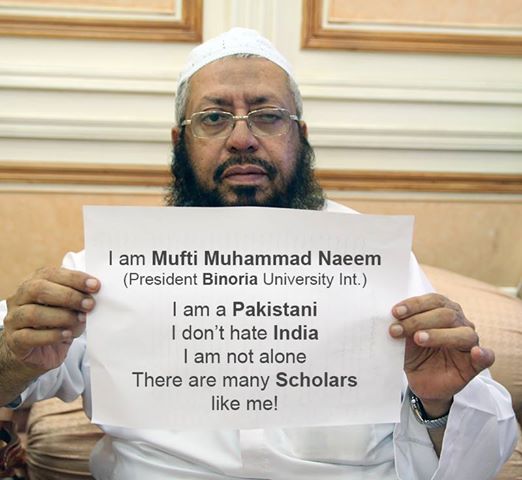 Binoriya town released a video of Mufti Naem in which he holds a play card with a “Ghisa Pita” retard slogan written on it that “I’m a Pakistani and I don’t hate India”. I don’t know from where this nonsense copywriting came from, since you share DNA so how can you hate each other? In fact both sides don’t need such dramatized artificial expressions to prove their blood relation. And even more the dividing force the religion which divided one nation in to two is also not needed anymore.
However It seems that mufti Sahib has scored some high bands with that video in the eyes of some immature and might have earned some peace loving title to his name. So no matter how ugly was your past and how deeply your hands were dipped in innocent blood you can easily fool this foolish nation. How easily people can fool this foolish nation? Just one little gesture and you will be bailed out from thousand murders. 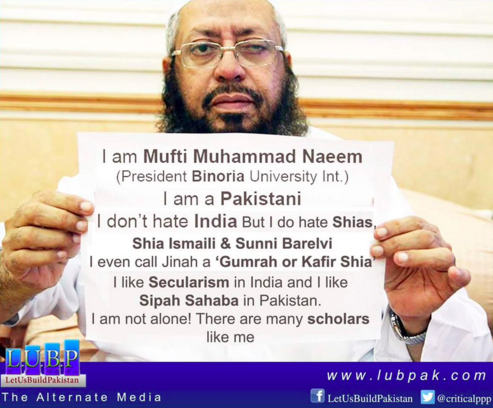 The most painful and disturbing thing in this whole observation for me was the extremely poor intellect of our young generation who has zero understanding of recall value. The Mufti who always opposed sanity, human & women rights is now flashed by some people apparently liberal people. At the same time ignorance of all sides is at the peak that even a lay mans kid knows the background of his Dar Al Alom in India but these people are mixing Hafiz Saeed of Ahle Hadith with DeoBand Mufti Naemi. They don’t even know that Mufti Sahibs counter parts in India already announced that Hindus are our brothers but here in Pakistan they will never say this about Ahmadias, Shia Brelviis or Sufi Sunnis. 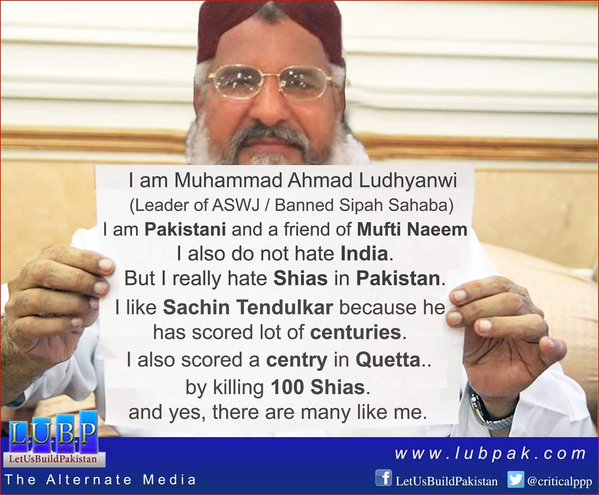 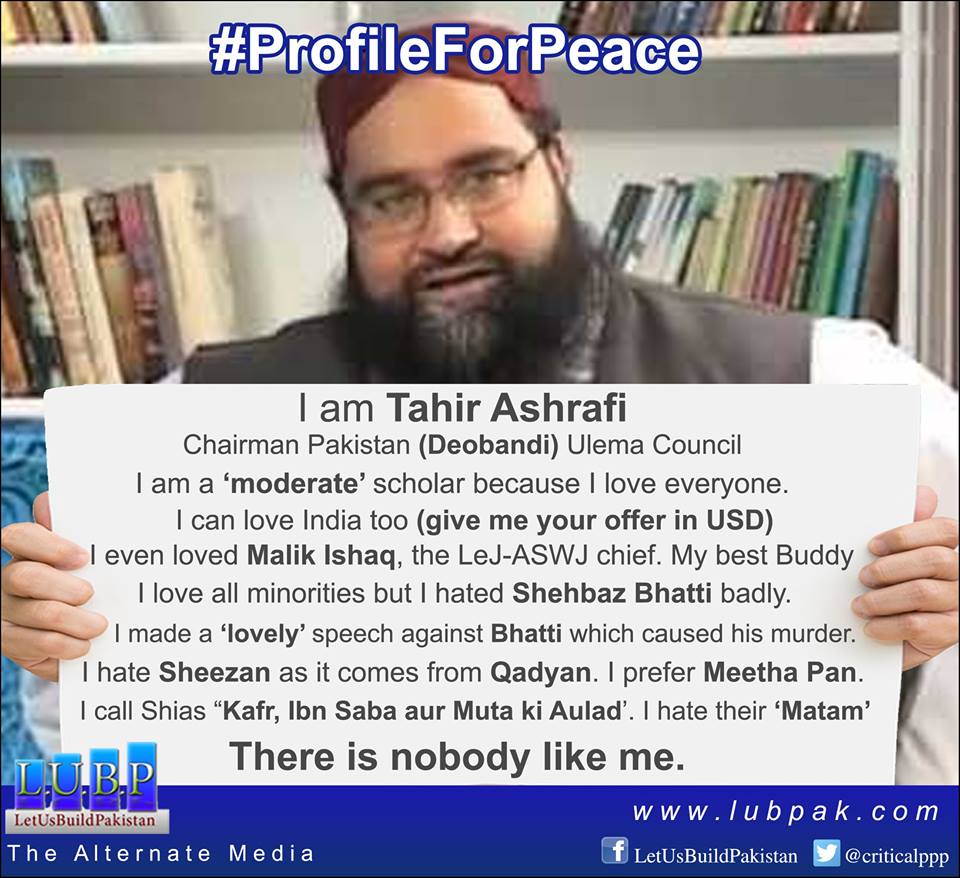