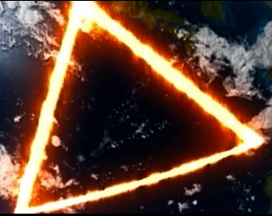 We hate. You can insert any phrase or words that you like after the first two and you find that we, as a nation, put much more energy into hatred without drawing any motivation or benefit from it. And this is how we got today’s Pakistan.

We still attempt to curry favor from Americans. For far too long, we have abused the Americans while simultaneously seeking help from them whether in government, professional or personal life. We still buy their products, watch their TV shows, listen to their music and dying that we get a visa to their country.

Why the unwillingness to recognize that our military needs US made hardware and our economy needs US aid and investment? Does so called “Ghairat’ demand that we publicly abuse the US?.

We can’t survive if we didn’t have the honor of watching Bollywood movies that demean and mock our own culture. Our actors, actresses and singers are eager to be a part of Bollywood.

Drones are violating our territorial sovereignty but why thousands of Arab, Uzbek,  Afghans and Uighur terrorists living in our country with complete freedom and without state permission?

If Syrians are striving for their legitimate rights and fighting against the Assad regime, the hue and cry brethren in Pakistan but when the peaceful uprising of Bahraini people against the oppressive regime of Al-Khalifa was ruthlessly crushed by the Saudi and Bahraini army, there was complete silence.
Raising voices for the persecuted Rohingyas, Bosnians, Chechens and Palestinians is a noble cause but remaining silent on the shia genocide, killings of Christians, Hindus and Ahmadis of your own country is ultimate hypocrisy and double standards.

The  second corner of this triangle is our media. Every news channel and anchor has his own policies which are formed for personal benefits. Some anchors support one political party and the other support a different party. There is complete lack of transparency about the funding of the media houses in Pakistan.

Pakistani media plays a partial role and also tries to create sensationalism for ratings. They try to create hype on a matter which has no significance at all for example they showed each step of Reham khan’s wedding but they never showed the huge gatherings of Shias/Sunni’s Shohada conferences.

Pakistani media can be judged on how they are trained in the field of journalism, is that the career of any journalist starts from the post of reporter and reporter is hired on the basis of percentage. As the reporter gets the inside story of corruption, the story is put to auction or negotiation, who can pay the price determines how it will be presented. If the matter is resolved, and the amount is settled, then the story is presented favouring the party or parties that pay.

Uncovering the stories of their biased attitude and their tilt towards terrorist organizations, they are not only taking bribes from corrupt politicians, but are also enjoying secret funds from banned outfits, and are working as ear and eyes of these takfiris/wahabis as by providing them the coverage of the events they wanted and speaking on their behalf and announcing the death threats and presenting them as heroes.

The media has failed to establish any professional standards or rules of conduct for journalist and editors. Hosts fired from one channel went to another with a much higher pay scale.

Meanwhile, the anchors who believe in credibility, Objectivity, and honesty as essential parts of ethical journalism are becoming sidelined.

We demand that star anchors of various current affairs program and other journalist be held accountable for their actions but I know WHO CARES?

There is a famous saying regarding courts of Pakistan that instead of hiring a biggest lawyer for your case, buy Judges.

In a 2011 survey,TI Pakistan identified Judiciary as the most corrupt institution in Pakistan alongside with police. It would be written in history of Pakistan that when the LeJ, TTP, Taliban and SSP were massacring the people all over the country. One eyed kangaroo Justice was fully parting with the terrorist and in desire of cheap fame was issuing SUO MOTU notices on an incidents of slap, alcohol bottle in Atiqa Oddo’s luggage and prices for Samosas.

This coward, dishonest and biased Judiciary is still working after Chaudry left. Nobody in these kangaroo courts is ready to defend the poor and oppressed, their cases are delayed with every possible excuse eventually being discarded into trash. The victims of raped never get justice, they are made to suffer in silence. Their biased behavior have parted lot shame to Pakistan. These courts have insulted the word “Justice’, turning the court into the “Kangaroo Court.’

We look for the shortcuts, we bribe and use friends and family’s influence, we lie through our teeth, we plead and we threaten because there is no straightforward way to get things done but we choose same political parties again and again. who is responsible? We are a part of devil’s triangle but WHO IS THE REAL DEVIL??? 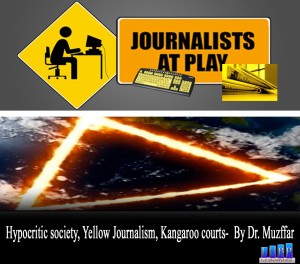