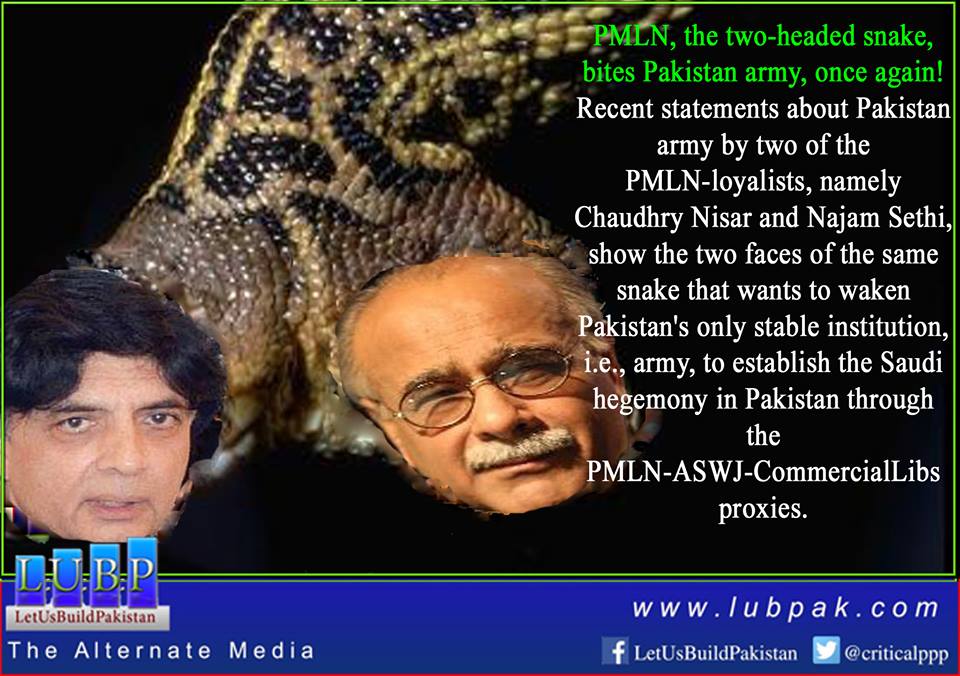 Recent statements about Pakistan army by two of the PMLN-loyalists, namely Chaudhry Nisar Ali Khan and Najam Sethi show the two faces of the same snake that wants to waken Pakistan’s only stable institution, i.e., army, to establish Saudi hegemony in Pakistan through the PMLN-ASWJ-Commercial Liberal proxies.

Recently Najam Sethi, of 35 punctures fame, was unleashed on the Army by the PMLN media machine. Sethi in exchange for benefits from PMLN made absurd assertions based on conjecture and conspiracy theory. Sethi alleged that Pakistan army, ISI in particular, was involved in a conspiracy to dislodge PM Nawaz Sharif and army chief General Raheel Sharif.

Given that LUBP and other activists have exposed his baseless allegations, PMLN is now spinning out the other head of the same snake. Chaudhry Nisar is busy making statements to appease the Army leadership.

After the Peshawar school attack late last year, Army has clear mandate from the Parliament to methodically and professionally destroy and neutralize the command and control centers for Deobandi Militants.

Army must pursue this noble goal for the oppressed people of Pakistan. This is the primary responsibility of the security forces of any nation. 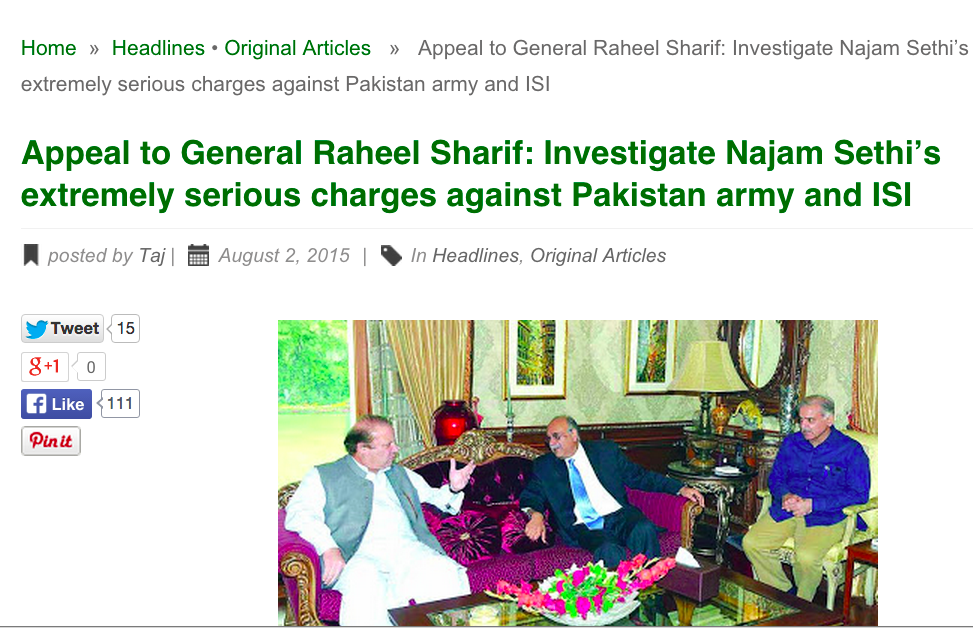 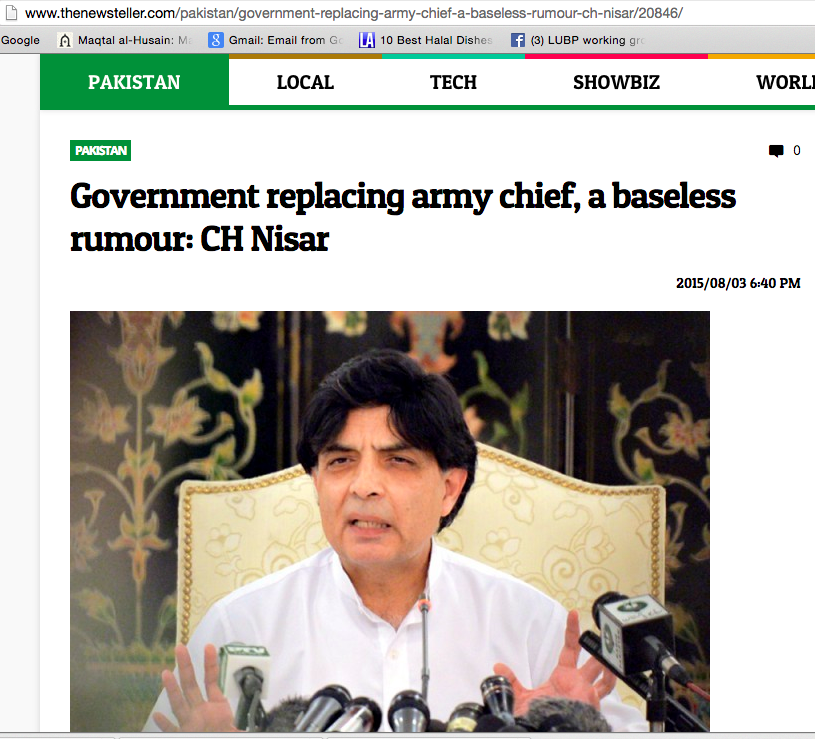 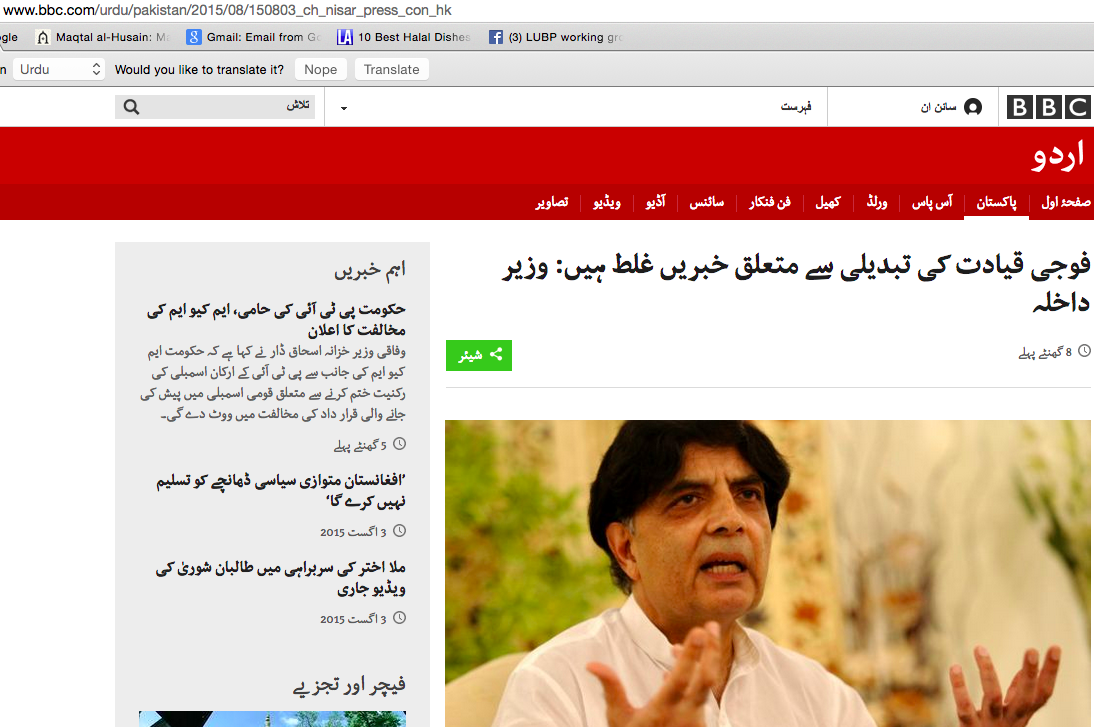 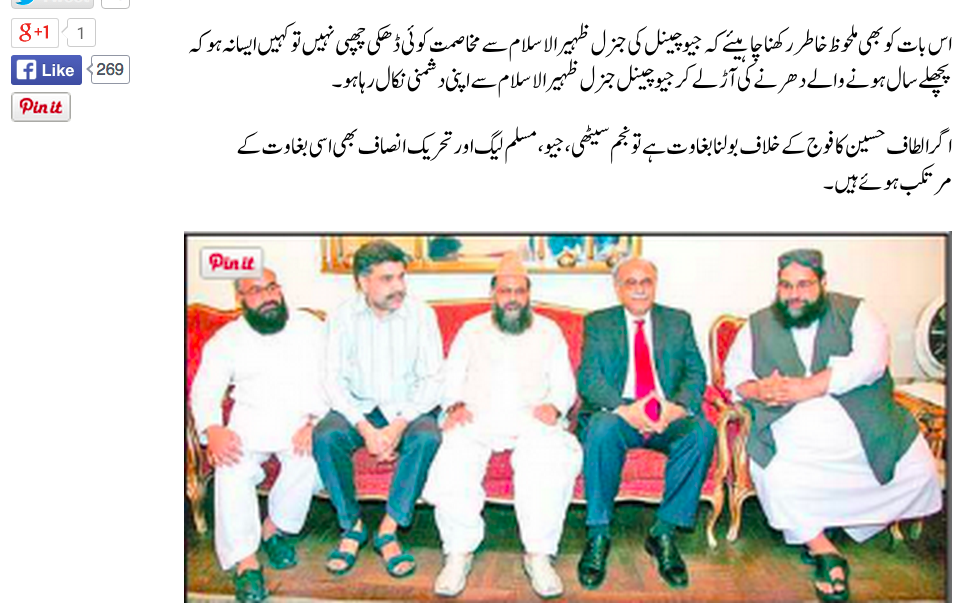