Editor’s Note:Contrary to “commercial liberal lobby”, our dear comrade Shaan Taseer is very  clear on “due process” when it comes to tackling the menace of Takfiri terrorism in Pakistan.

Back in 1997 when the SSP honcho, Zia ur Rehman Faruqi was assassinated in revenge for Shia killings, the SSP attacked the Iranian culture centre, murdered Iranian diplomats, and killed Iranian cadets in the army. In October 2009, the GHQ was attacked by the LeJ in revenge for the killing of Baitullah Masud two months earlier. In March 2010 the FIA office in Model Town Lahore was attacked, again by the LeJ, in revenge for the killing of their leader Qari Zafar. Two days ago another leader of the LeJ was killed. It is a pattern of these urban Taliban to take revenge whenever one of their honchos is killed.

Malik Ishaq was no small fish, he was one of the founders of the LeJ. For those who don’t know their “Lashkars” from their “Sipahs”. the LeJ is a splinter group of the Sipah Sahaba, founded in 1996 because they did not believe the Sipah Sahaba to be violent enough. The LeJ is the mother of all terrorist organisations in Pakistan. They are small, with about 800 well trained and battle hardened fighters. They have trained alongside the Taliban in the 90’s and are essentially the foot soldiers of the TTP.

If their past has taught us anything, they will take revenge for the killing of Malik Ishaq. Please look after your loved ones, and please do not corrupt the debate with silly notions of “due process”. Due process does not and can not apply to armed enemies of the state. Only the state has a monopoly of violence. Any person or organisation that raises arms forfeits their right to due process. The Lashkar-e-Jhangvi has the blood of of our countrymen on its hands and must be extirpated. When the day comes that they lay down their arms, we can talk of rehabilitation and due process then. Until then this is a righteous and necessary war.
Stay safe, God bless. 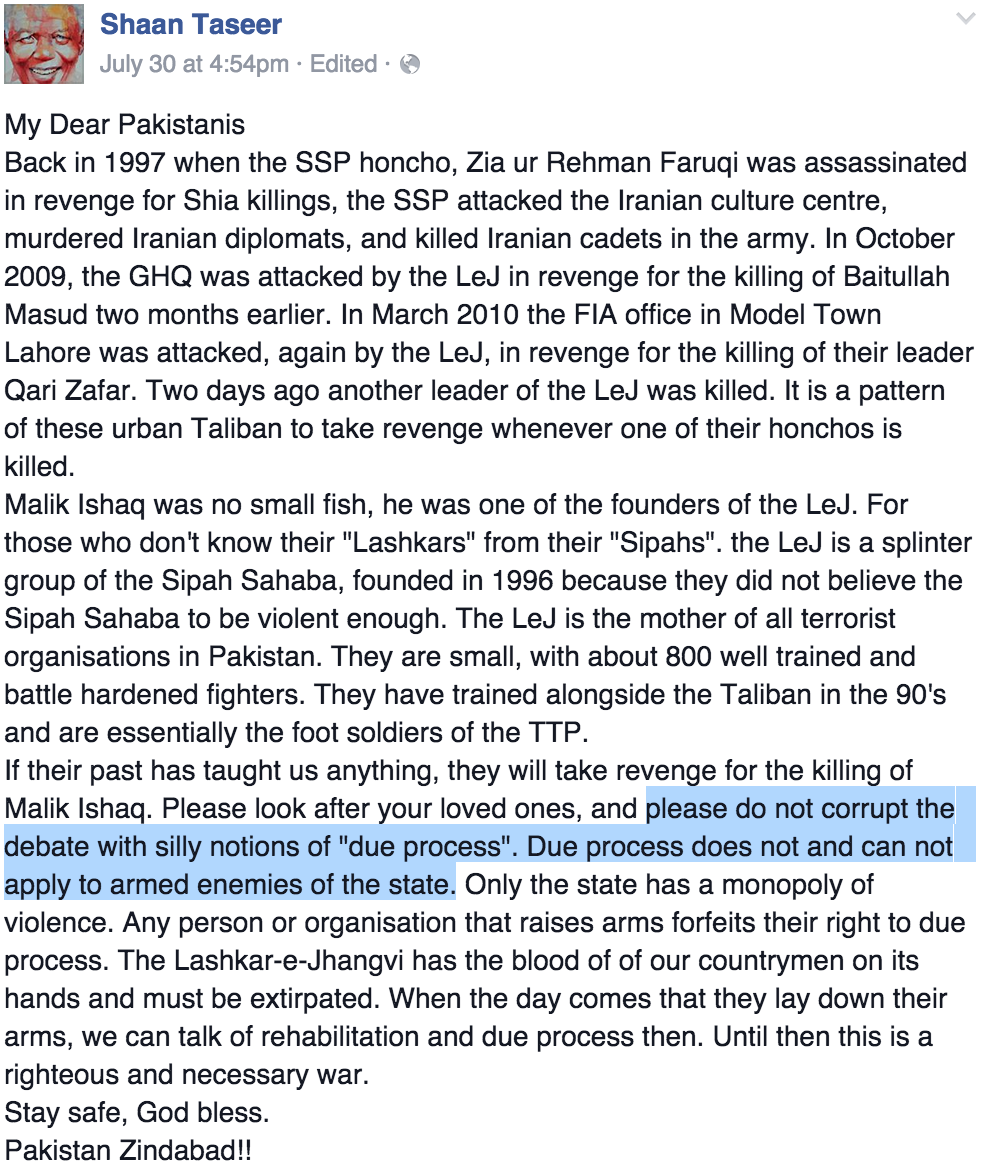 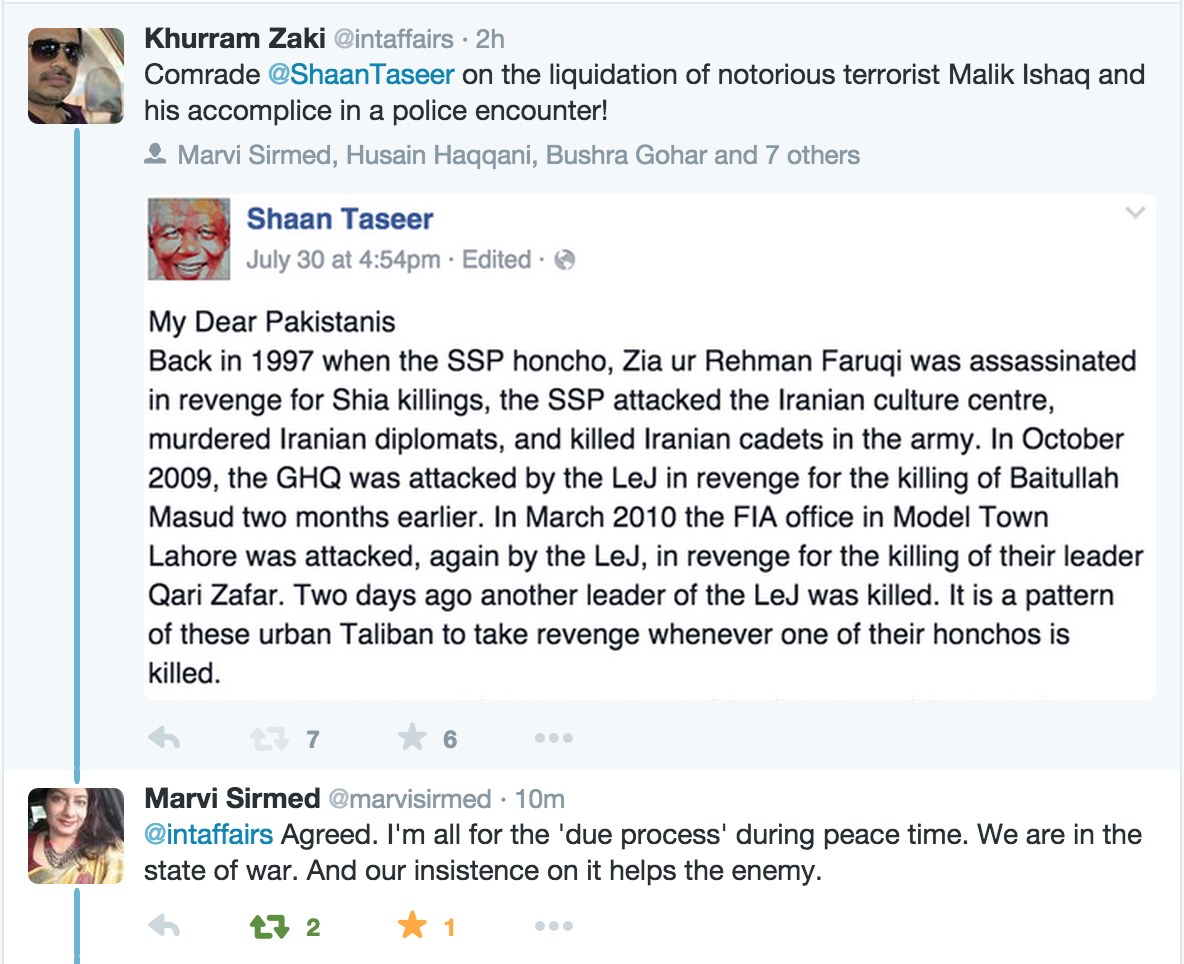