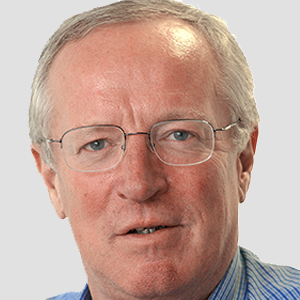 The way David Cameron tells it, this is the Battle of Syria. He’s going to “hammer” Isis, if he gets his way. Reminds you of Winston. Just imagine what our fighter boys were thinking when their 650 Spitfires and Hurricanes took on the Luftwaffe exactly 75 years ago: “Chocks away – and let’s give those Huns a full-spectrum response.”

The problem is that our miserable eight Tornado fighters on the jolly island of Cyprus won’t make the slightest bit of difference to the bloody tragedy in Syria – let alone to Isis. Even if you round up the RAF stragglers from the 2011 Libyan fiasco, we’ve only managed to bash Isis 126 times – against 5,000 US air strikes – and all Isis does is advance further into Iraq and further into Syria and expand in Yemen and Libya. There is plenty of ministerial rhetoric; precious little military common sense.

Setting aside the collapse of Mosul and Ramadi and Fallujah in Iraq, US assaults have failed to have any serious effect on the Islamist advance in Syria – with the single exception of the televised destruction of Kobani.

Syrian generals have reported back to Damascus that the Western air bombings have been of no use to their own forces in repelling Isis. When the forces of Jabhat al-Nusra stormed in their hundreds into the Syrian town of Jisr al-Shugour earlier this year, Syrian soldiers were forced to break out of their besieged fortress hospital and fight their way south to government front lines. Not a single Nato plane took the opportunity to bomb the Nusrah men.

Far more telling was the Isis capture of the Syrian city of Palmyra. As the Islamist legions stormed out of the desert in May – this time in their thousands, led by convoys of armoured vehicles and trucks mounted with anti-aircraft guns – not a single American aircraft was seen in the skies. “Did they not see the Isis forces?” a Syrian colonel asked me in that same desert a few days later. “With all their satellites and radar, were they not aware of this huge force?” The Syrians abandoned Palmyra; military personnel left behind were later executed in the Roman ruins.

Of course, the point which neither Barack Obama nor David Cameron will face is whether or not they prefer to admit a simple fact: bombing Isis in Syria helps Bashar al-Assad’s regime to survive.

First, let us remember that we were going to bomb Assad’s horrid army. Then we changed our mind – we would bomb the even more horrid Isis army. Then, when Isis continued its expansion – war favouring guerrillas rather than air forces – we decided to bomb them even more than we had been bombing them. It might have been better, needless to say, if we’d asked our Gulf Arab allies to stop sending weapons to the Syrian rebels who were giving them to the Islamists whom, in turn, we were bombing.

Not long ago Assad, rather than Isis, was the target (AFP)
But one more thing. There is a Syrian air force, which will now be operating alongside the Americans – and the RAF, Parliament permitting – even though we won’t admit this any more than the Syrians will.

Let us forget, for a moment, that the Speaker of the Syrian parliament last year formally offered intelligence assistance to Washington. Let us ignore the fact that European embassy spooks in Beirut have been quietly visiting Damascus for months. And let us not even mention America’s new best friend in the region: Iran.

For the Syrians, just why Cameron would wish to fight in the Battle of Syria must be a mystery. Never was so little owed by so many to so few; the “few”, in this case, being David Cameron and his chums.