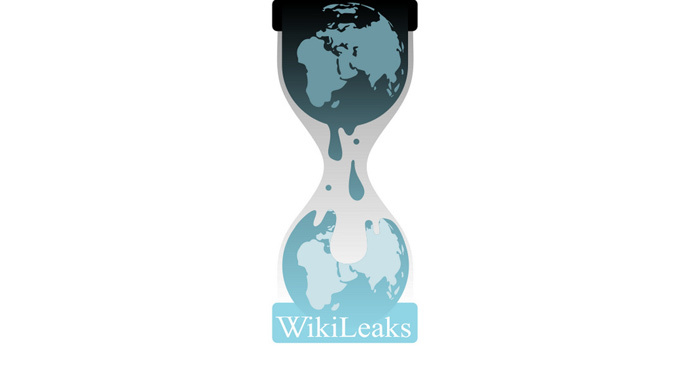 Comment by Abdul Qadir : Now that the cat is literally out of the bag it will be much more difficult for the kingdom to manipulate from behind closed doors – plotting requires a certain degree of secrecy and with that gone the public might not be as easily choreographed. With Riyadh’s ties to terror well out in the open, many of its former allies might soon decide to put some “distance” between themselves and Al Saud’s radical legacy. Saudi Arabia remains a critical financial support base for al-Qaeda, the Taliban, LeT [the same group that carried out the Mumbai attacks in 2008] and other terrorist groups, including Hamas, which probably raise millions of dollars annually from Saudi sources, often during Hajj and Ramadan,” reads one of the leaked American memos.

Whistleblower group WikiLeaks has released a flurry of official documents lifting the lid on Saudi Arabia’s covert diplomatic apparatus. Not just another scandal, these revelations could bring Saudi Arabia to its knees.

While WikiLeaks has seldom shied away from controversy it might just have outdone itself this June as it exposed Saudi Arabia’s grand media scheme to the public, shining a light onto state officials’ unscrupulous dealings as they worked and plotted to silence the truth and manipulate realities to suit their goals.

And though many among the public will not be surprised at learning that one of the world’s most violent and repressive governments has actively worked to control the world’s media narrative by applying political and financial pressure upon international news organizations and foreign governments to both forward its agenda and shield its institutions from any political or judicial fallouts; the sheer depth and breadth of this grand deception will certainly send a few heads spinning.

Aided by Al Akhbar, a prominent Lebanese-based newspaper which has remained stubbornly independent despite aggravated pressures, WikiLeaks released last Friday 60,000 classified documents out of a reported half a million leaked diplomatic cables from the Kingdom of Saudi Arabia.

Speaking on the content disclosed by WikiLeaks, Kristinn Hrafnsson, a spokesman for the group said “We are seeing how the oil money is being used to increase (the) influence of Saudi Arabia which is substantial of course – this is an ally of the US and the UK. And since this spring it has been waging war in neighboring Yemen.”

While most allies of the kingdom, Britain and the US at the head of the line, have attempted to play down the revelations, arguing the veracity of the leaked documents while redirecting the public’s attention onto other, less sensitive matters, it is pretty evident the kingdom is fast losing its cool.

For a country which almost solely relies on control to exist, losing only just a nugget of power can be daunting; especially when the very fabric of the state stands to be obliterated by the very truths which are now being unveiled.

A totalitarian monarchy which has survived the test of time through its alliance to the very powerful and reactionary Wahhabi clergy (an ascetic and violent Islamic school of thought), Saudi Arabia’s political stability has relied on its royals’ ability and willingness to terrorize their people, by means of violent repression and oppression, while silencing all international criticism through a tight network of bribery and political coercion.

Strong with billions of petrodollars and vast natural resources, the House of Saud has played the capitalist game, exploiting greed and Western neo-colonial ambitions to whitewash its crimes, quite literally re-writing history by feeding the public its version of reality – and safe from a few, the people were none the wiser.

So what of those cables?

In all truth it is unlikely any of the leaked cables will lead to Saudi officials’ demotions or even lawsuits. Do not expect any political grandstanding either on the part of well-thinking Western or even Middle Eastern politicians. If anything, most will avoid discussing the matter altogether, waiting for the next scandal to break and an all too fickle public to move on.

But if WikiLeaks’ newest stunt will not carry any immediate, or at least any visible blow to the kingdom – that is not to say that this shining of the truth will not reverberate far and wide across the Saudi network.

Now that the cat is quite literally out of the bag it will be much more difficult for the kingdom to manipulate from behind closed doors – plotting requires a certain degree of secrecy and with that gone the public might not be as easily choreographed. With Riyadh’s ties to terror well out in the open, many of its former allies might soon decide to put some “distance” between themselves and Al Saud’s radical legacy.

“Saudi Arabia remains a critical financial support base for al-Qaeda, the Taliban, LeT [the same group that carried out the Mumbai attacks in 2008] and other terrorist groups, including Hamas, which probably raise millions of dollars annually from Saudi sources, often during Hajj and Ramadan,” reads one of the leaked American memos.

In a world where perceptions are almost more important than realities, Saudi Arabia finds itself at a disadvantage.

Accustomed to being courted by the world’s most powerful, Saudi Arabia is facing an attack it neither foresaw nor made provision for. Certain of its alliances and the influence its coffers gave its leaders, the kingdom did not anticipate its enemies would crack open its box of secrets and air its diplomatic machinery.

Saudi officials are actually feeling the squeeze. On Sunday, two days after the initial publication of the diplomatic cables foreign ministry spokesperson, Osama Naqli warned the country not to “allow enemies of the state to achieve their intentions in regards to exchanging or publishing any documents,” and said “many of them had been fabricated in a very obvious manner.”

This “patriotic call” for all Saudis to rally around the monarchy clearly proves that the intended arrow found its target. Ironically, in this case the truth could set the enemies of the Saudi monarchy free, not so much those perpetuating the lies.

This new warfare the anti-Saud camp just set in motion could prove a powerful incentive and a catalyst for all those in and out the kingdom who have been waiting for the tide to turn. There is a key psychological difference between suspecting a truth and knowing a truth.

Confronted with the ugliness of Saudi Arabia’s scheming, many parties will feel compelled to act – and this is what the kingdom fears most of all. Already faced with a growing secessionist movement – the Ahrar al-Najran Movement – in its south-western region, the kingdom simply cannot afford to see more flock to this nascent revolutionary wave.

At such a time when Riyadh feels most vulnerable both at home and in the region on account of its war with Yemen, Al Saud royals now gave their enemies enough ammunition so they could obliterate their political standing and traction on the international scene.

What will happen to this theocracy when it calls on its friends for help only to turn around and found that none answered?