Home  »  Featured • Original Articles   »   As the orphans of Bhutto continue to bow to the spawn of Zia, PPP disintegrates further 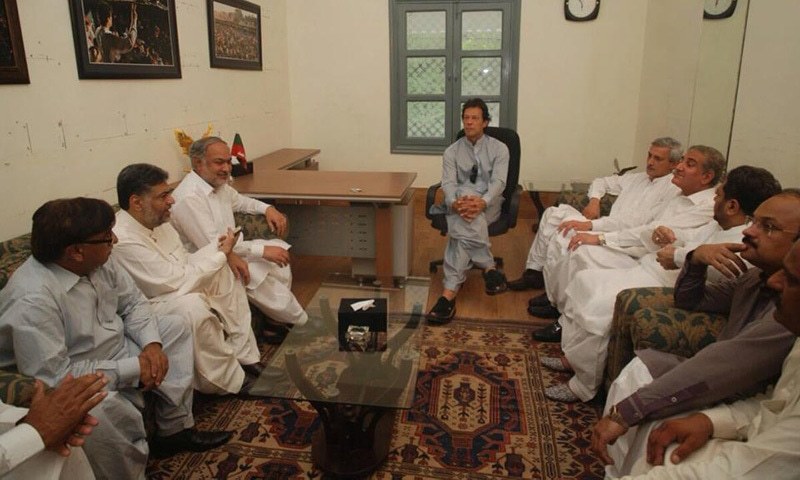 After loosing their once traditional stronghold in Southern Punjab in the disputed and Taliban-controlled 2013 elections, PPP made itself even more irrelevant in Punjab with its utter surrender to the right-wing, Pro Taliban politics of the PML N.

Instead of being a vibrant and purposeful opposition and going back to their left roots, the PPP bent over backwards to accommodate PML N.  This is based on more than one factor which are at times interconnected.

The first is Asif Ali Zardari’s propensity for continuous compromise –  a flawed strategy that is justified as “reconciliation” but is infact akin to taking the easy way out whenever faced with a challenge.

The second is the flawed belief that supporting all the wrongdoings of PML N is based on the principle of “saving democracy”.  So alleged rigging, massive corruption, nepotism, lawlessness and extremism by the PML N must not be challenged or God forbid, “democracy” will be damaged. This is the perverse view shared by the PPP “intelligentsia” and clearly seems to dominate the thinking of both Asif Ali Zardari and Bilawal.

The most important factor is a combination of sheer laziness, incompetence, apathy and degeneration that has become endemic within the PPP leadership.  This apathy gives rise to delusions that entire lost vote banks can easily be captured back. Or that Punjab, Pakistan’s most populous province does not matter. It is this mental apathy which first made PPP give up on the urban vote and now any other vote except for a few feudal strongholds in rural Sindh.  Even there, the PPP is crumbling.

The PPP has now been wiped out from the Punjab, KP, Gilgit-Baltistan, Baluchistan and urban Sindh. And both father and son don’t seem to care too much. The father is too busy making self-serving deals and the son is rarely there and seems to be part of the same elitist crowd that is utterly clueless about grassroots politics. This is heartbreaking as this was once a PPP forte.

After the assassination of Benazir Bhutto and after the colossal mistake of agreeing to the restoration of the corrupt, extremist PCO judge, Iftikhar Chaudhary the PPP still had a chance at redemption last year. They could have supported the PTI and PAT protests last year against PML N and made itself relevant to the politics of Punjab again. By ignoring their old leaders in the Punjab, the PPP compromised once again and Asif Zardari and Khursheed Shah disgraced the legacy by bending over backwards to support the Pro Taliban Nawaz Sharif.  With ASWJ aligned Manzoor Wattoo calling the shots in Punjab, the PPP is going from life support to flatlining.

It has come to a point where any criticism of the Nawaz Sharif family rule of Pakistan is misrepresented as “reading from the (army) script. Any coherent analysis within the PPP has been replaced with reactionary and surrender tactics to protect a shrinking sphere in Sindh.  Meanwhile in Sindh,  the PPP provincial government is too busy making real estate deals to cater to the needs of the people.  The party continues to compromise to stay in government and Bilawal’s lofty “liberal” ideals on twitter are contradicted when Deobandi terrorist groups like ASWJ-LeJ are taking over Sindh.

There was once a time anyone who left the PPP headed for political irrelevancy.  That was when Shaheed Mohtarma was still alive. Today, the opposite is the truth. This is the sad reality.