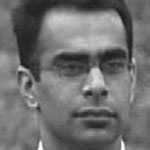 Let’s assume that spy agencies of all enemy countries are sponsoring terror in Pakistan. If we have credible evidence of their involvement, we must present it before the world and bring pressure to bear on them. But notwithstanding suspected ‘foreign’ demand-side of terror, aren’t the actual perpetrators of terror (even if financed and patronised by such enemies) our indigenous produce? Won’t primary focus on the demand-side that is not completely in our control, as opposed to the supply-side, be at our own peril?

The focus of the electronic media after the ghastly bus attack in Karachi this week seemed so misplaced and juvenile. Does terror continue to thrive in Pakistan because politicos callously consume lavish lunches even after hearing of deathly attacks? Or because they are stupid enough to have their culinary indulgence broadcast on national TV? Does the army chief deserve a trophy for better PR and for outpacing the prime minister in the race down to Karachi? Is Karachi a den of terror because the Sindh chief minister is ageing?

The middle of a war is no time to fret over civil-military imbalances. Whether Mr Sharif’s government has outsourced internal security to the military along with external security or merely acknowledged a de facto situation and turned it into a de jure one is debatable. But what is a fact is that General Sharif and not PM Sharif is in charge of security operations, whether in Fata or Balochistan or Karachi. And so far the general has done a good job by bringing a sense of purpose and urgency to the erstwhile equivocal project of eliminating terror.

So why is it that when things go right in Karachi it is because General Sharif has spunk and when they go wrong it is because the PM loves nihari or CM Sindh is outdated? Shouldn’t power and responsibility go hand in hand? General Sharif’s approach to fighting terror resonates with ordinary Pakistanis. The reason is simple. He has brought clarity of purpose and the discipline of a soldier to the task of eliminating terrorists. There is a growing perception that, under his watch, the military is not cutting deals or playing games.

What is being done as part of the eliminate terror project by General Sharif is necessary. But is it sufficient? Post-Peshawar there has been much required focus on eliminating foot soldiers. This is essential but it is not enough. The disease inflicting Pakistan is bigotry and religion-motivated hate. Whether it is Lashkar-e-Jhangvi or Jandullah or ASWJ or the TTP, the common thread running across terror groups in Pakistan is a warped understanding of religion nurturing the belief that killing so-called ‘bad Muslims’ is their solemn obligation.

There can’t be a purely administrative solution to such ideology-driven terror. We understand by now that the terror infrastructure in Pakistan is not hierarchical but flat and spread out. The informal network of diverse terror outfits has no central command and control. Individual groups carry out the actual operations. And whether the umbrella organisation is Al-Qaeda or the TTP or the now emerging Isis makes little difference: individual groups happily hitch their wagons to whichever larger organisation is most active and potent.

With the exception of Balochistan, terrorism in Pakistan is largely a by-product of religious extremism. The focus of our anti-terror project, however, is not on shutting down factories of terror but on undertaking the impossible task of decommissioning finished products, by extinguishing, capturing or deterring them. The pragmatic objection to the military courts was not that they fall foul of our system of separation of powers, but that hanging terrorists in a hurry will be ineffective in deterring and dissuading other committed terrorists.

Whether it is military operations focused on killing or capturing terrorists or military courts passing swift and stern verdicts, the focus of our attempts to deter terror is on the wrong end of its supply chain. The foot soldier can’t be readily dissuaded once manufactured and delivered to the market. The measures to curtail or deter must focus on enablers and sponsors of terror factories who assign value to their own lives. Zero-tolerance for foot soldiers can only produce limited results so long as enablers and sponsors are allowed to run amok.

These enablers and sponsors are spread over a continuum and so is their culpability. When it comes to regulation of seminaries for example we find religious political parties, Wafaq-ul-Madaris and banned sectarian organisations all on the same page. Did a number of seminaries not have to be locked down in Islamabad prior to March 23 parade? Were APS attackers not tracked back to an Imam masjid in Peshawar? Why then does the suggestion of regulating mosques/seminaries excite such furore?

What influence do seminaries wield that makes politicos and generals balk at tackling the problem head-on? Look at the organised campaign inciting violence against Pervaiz Rasheed for reportedly calling seminaries “centres of ignorance and illiteracy”. You have the anti-terror National Action Plan in full swing on one hand, and a banned outfit with the audacity to publicly preach infliction of violence upon the sitting information minister on the other.

We witness the same misplaced focus when it comes to violent ideas. Take the draft cyber crimes law for example. Its provisions are focused on the ability to censor the internet. The rationale is that in these times of terror there is need to control the dissemination of ideas. But what about the production of violent ideas? Whether it is the abuse of loudspeakers or the internet, just like in the case of foot soldiers of terror, our focus is on the wrong component – ie consumers of the ideology of hate and terror and not its producers.

Pakistan is a weak state with dysfunctional governance structures and a large population. There are millions of soft targets and thousands of undiscerning terrorists. Even with best efforts, can the state protect every bus, every mosque, every school, every Imambargah and every bazaar? This is not to downplay the need for efficient policing, effective intelligence operations, uniform enforcement of law and a functional justice system. But administrative solutions can’t neutralise terror so long as its ideological root causes remain untreated.

The inconvenient truth is that even if PM Sharif and General Sharif do all things right, reduction in terror incidents will be incremental and in proportion to the extinguishment of the ideologically-motivated infrastructure of terror. But if their focus remains on the demand-side of terror as opposed to the supply-side, on curbing dissemination of violent religious ideologies and not their production and on protecting victims of terror as opposed to targeting its sponsors and enablers, NAP will remain a fire-fighting operation with no lasting results.

If General Sharif is the captain of the anti-terror project, it is time for him to acknowledge that the genre of terror afflicting Pakistan is a by-product of extremism. And that if we wis.