It is interesting to note how the Saudi-lobby in Pakistan led by the Salafi Wahhabi journalist Ahmed Quraishi and the Takfiri Deobandi hate cleric Ahmad Ludhyanvi is diverting attention from the hateful, Takfiri fatwas of Deobandi clerics and the Shia Kafir rallies of the banned terrorist outfit Sipah-e-Sahaba Pakistan (aka ASWJ aka LeJ) to blame India or RAW for incidents of Shia genocide in Pakistan.

Their aim is to save Ludhyanvi, Farooqi, Mengal, Naeem and other terrorists and hate clerics in Pakistan.

By all means, take action against RAW or other anti-Pakistan agencies but why spare their agents in Pakistan, the Takfiri Deobandi hate clerics of ASWJ, the urban face of TTP, LeJ and ISIS?
Please note here how the discourse is similar (Ludhyanvi and Quraishi).

Reaction to the Ismaili Shia massacre in Karachi on 13 May 2015: 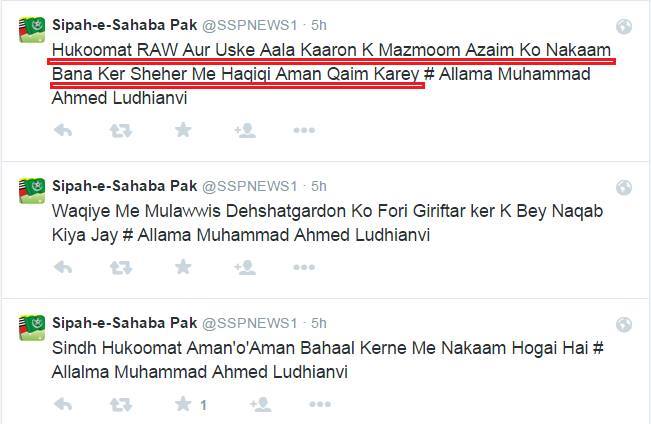 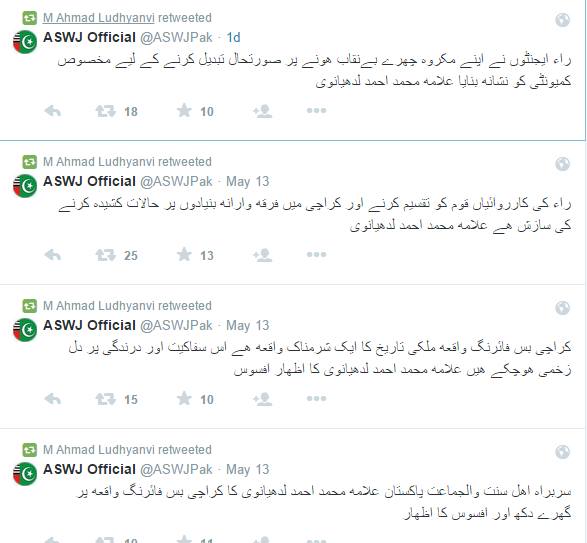 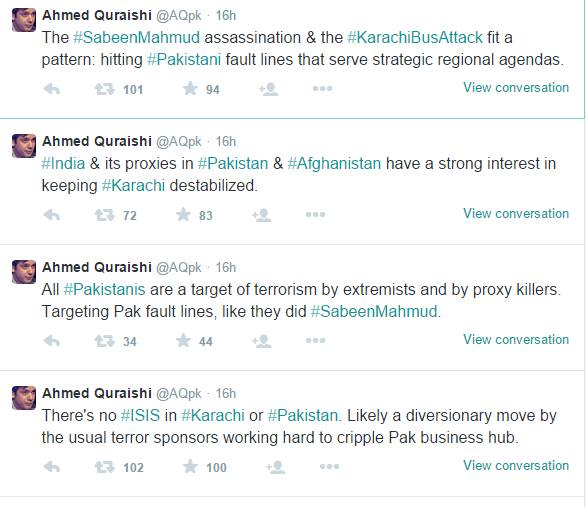 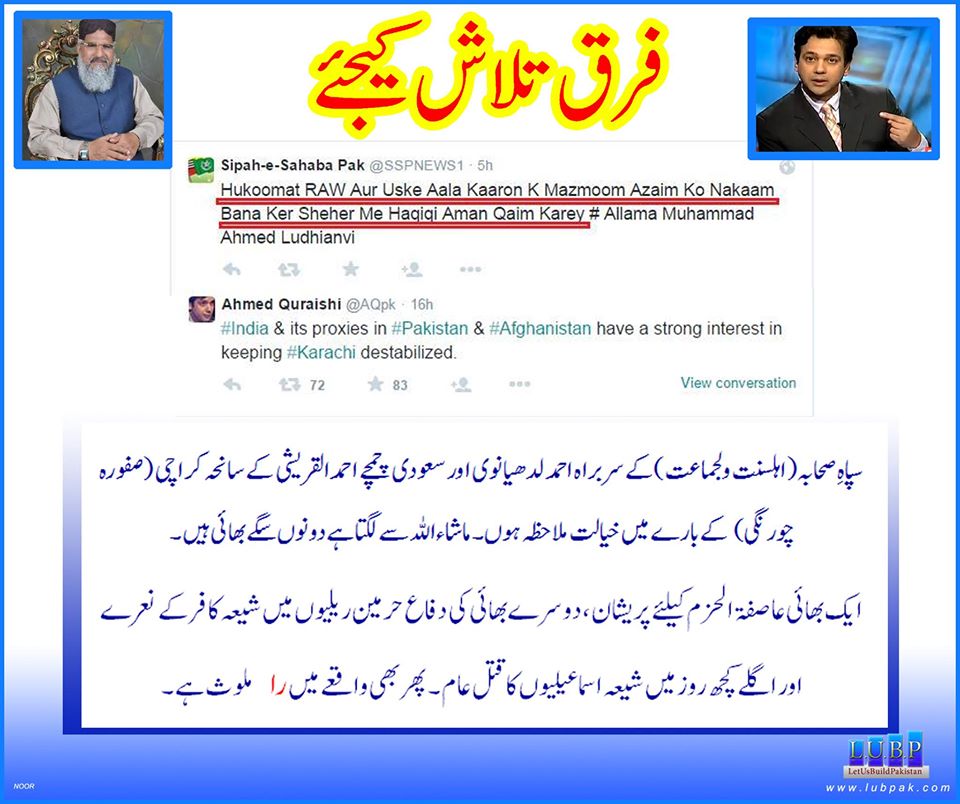