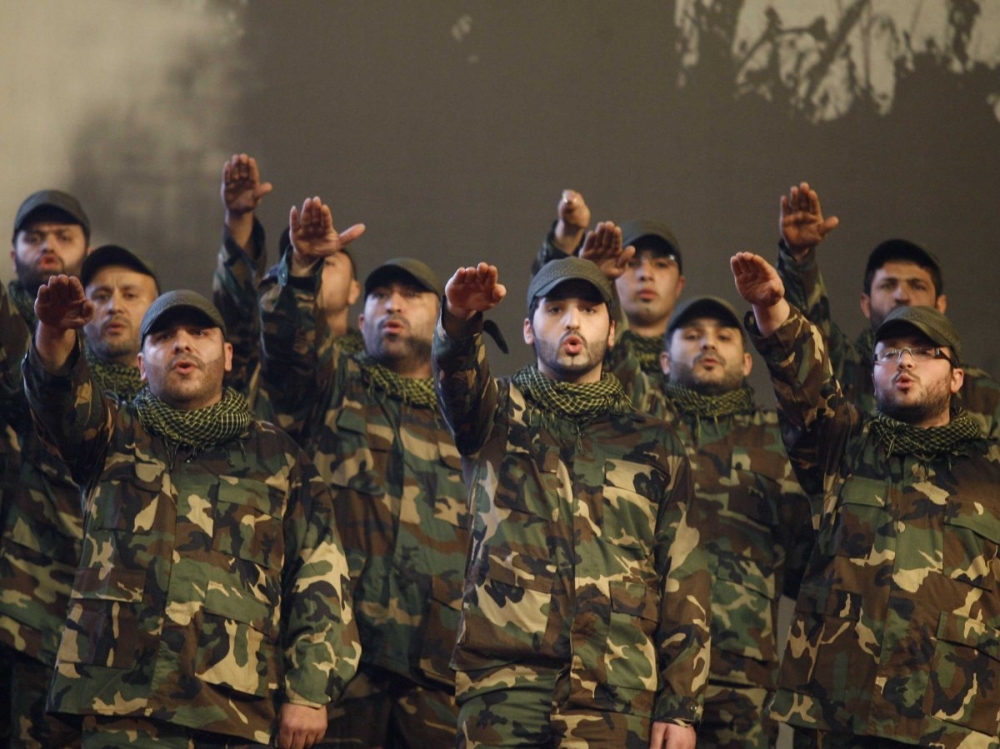 “We’re in a very dangerous situation,” he said. “The only people who are protecting us are the resistance of Hezbollah. The only one standing with the army is Hezbollah. Let’s not hide it anymore.” http://m.christianpost.com/…/they-accept-us-as-we-are-chri…/

So the “sectarian” Shias have Sunni, Druze and Christian allies but Saudi-Turkey backed Al Qaeda aka FSA in Syria has no other allies accept Salafis and Deobandis. The Sunni Kurds of Kobane and the 70% of Assad army that is Sunni still supports him. And Sectarian “Shias” also provided refuge to Iraqi Christians in the Holy City of Najaf!

These facts must be so distressing to the propagandists on FOX/CNN/Al Jazeera.

Given the geo-political climate, when will Hussain Haqqani advocate the US government to stop selling arms to Saudi Arabia as he has in the case of Pakistan. You see, the Pakistan army destabilising Afghanistan by supporting the Taliban is Bad. But Saudi Arabia destabilising Iraq by supporting Al Qaeda and Daesh is Good. Actually, much of the funding for the Taliban’s Deobandi madrassa nurseries comes from Saudi Arabia too.  Husain Haqqani and fellow liberals (correctly) mock Imran Khan’s statement regarding the opening of Taliban’s offices in Pakistan?

However, have the same same liberals ever questioned the actual Taliban offices in Qatar?

Is it ok to selectively blame Imran Khan for his horrendous and stupid idea of talking with the Taliban but look the other way when sections of the US establishment see no problem with negotiations with the Taliban in Qatar.

But sadly, such selective stances are ok. Saudi Arabia and its “Jeffersonian” Theocracy-monarchy stands in start contrast to the Iranian system of government. And appeasing and bowing down to Saudi Kings is a proud Westminster and White House tradition. It seems that the ISI distinction of Good Vs Bad Taliban is quite infectious.

But of course, it is Iran and its proxies like the Christain and Sunni supporting “sectarian” Shia Hizbullah that have destabilised the Middle East – and NOT Saudi Arabia and NATO ally Turkey that actively support Al Qaeda and Daesh in the region. And whose leaders like Erdogan routinely make anti-Shia statements . Iran and Hizbullah also must reevaluate their support to Hamas and realise that their enemy in the region is not Israel but Saudi Arabia.