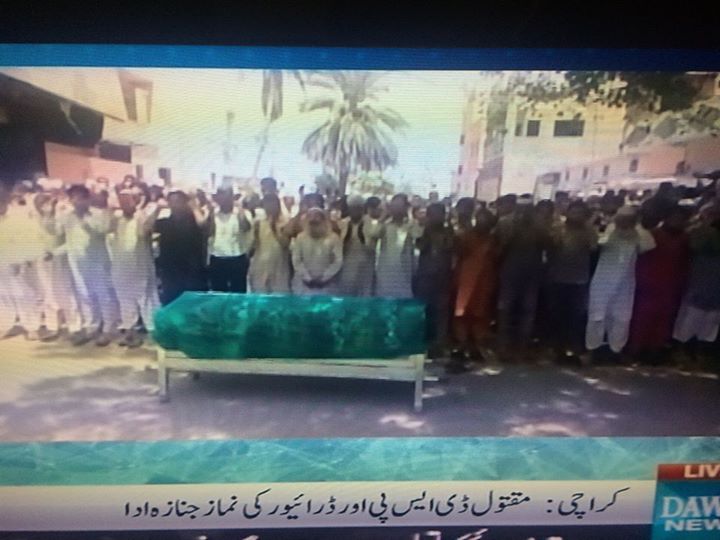 Johnny loves Dawn news. A DSP Mr. Zulfiqar was killed in Karachi today. Some news channels were saying his name was Zulfiqar Zaidi, so people concluded that he was Shia and was killed for being Shia without any evidence. But our dear Pakistani friends at Dawn news ran an old footage showing a janaza prayer being led by a Sunni prayer leader so that the impression of DSP Zulfiqar being Shia is diluted.
But then some other TV channels showed the real footage that the DSP’s body was taken to an Imam Bargah and the prayer was led by a Shia prayer leader. But we should all learn from Dawn News, we shouldn’t show real footage of the janaza, we shouldnt even mention the Zaidi, Haider, Ali, Hussain surnames, it creates discord. We are all Muslim and Pakistan. A Pakistani DSP was killed in Karachi, a member of Pakistan Police. We shouldn’t mention sectarian stuff even if we have to lie to hide reality. May be MQM killed the DSP because whatever bad happens in Karachi is done by Altaf Hussain.