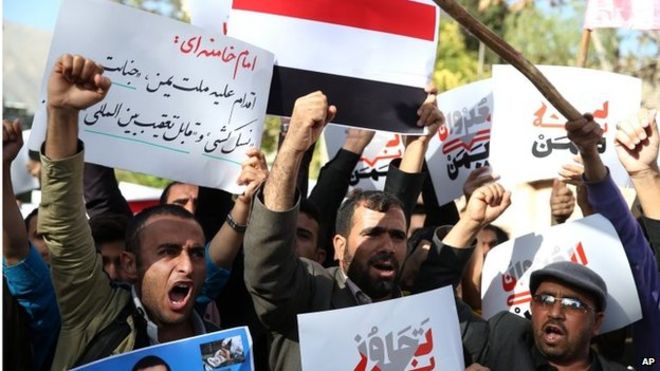 Salafi power Saudi Arabia has – deliberately or otherwise – projected the fighting in Yemen as a proxy war with regional Shia rival Iran, though this is a dangerous mischaracterisation of the conflict.

The Saudis see growing Iranian influence everywhere – to the north in Iraq and Syria, to the east in its own country and in Bahrain, and now pointedly to the south in Yemen.

But this view belies the complexities of Yemeni domestic politics, overemphasises the role of Iran, and is unlikely to lead to anything approaching a successful conclusion, as is being seen with the Saudi-led bombing campaign, which is yet to achieve its stated aims.

The Houthi moniker, originally but a clan name, has been associated with the Zaidi branch of Shia Islam and, thus, by overly simplified if not erroneous extension, the “Twelver” Shiism predominant in Iran and Shiism in general.

Firstly, Houthis are not all Zaidis, and neither are all Zaidis Houthis. And secondly, Zaidism is considered to be the branch of Shiism least in dispute with Sunni doctrine.

Whatever the religious similarities between the Houthis and Iran, there is an implicit notion that any commonality matters. Whether nominally united or separated by faith, it is seldom as determining a factor in action as it is fatuously perceived.

None of this is to ignore commonalities between Iran and the Houthis.

Both display a vociferous anti-American and anti-Israeli streak, and there are obvious instances of the Houthis co-operating in some way with Iran in recent years.

A day after the Houthis took over the Yemeni capital Sanaa in February, an aviation agreement with Iran was signed and an Iranian Mahan Airlines plane landed in the city.

But simplistically labelling the Houthis as “Iranian-backed” obscures the domestic nature of the conflict which predates the Arab Spring.

Zaidis ruled parts of Yemen for almost 1,000 years until 1962 and were even supported by Saudi Arabia in the 1970s.

But then the Houthis, who emerged as a Zaidi revivalist movement in the 1990s, fought a series of wars between 2004 and 2010 against the Saudi-supported central Yemeni state led by then-President Ali Abdullah Saleh, who also happens to be a Zaidi.

Religious divisions have, therefore, played a surprisingly minor role in the past until they were deepened not least by Saudi Arabia’s attempts in the 1990s in particular to spread its own austere version of Salafi Islam in Yemen.

The Houthis believed that such policies were designed to further marginalise their position, given their historic powerbase of Saada province being right on the Saudi border.

The numerous wars fought against government forces gave the Houthis all the training and combat experience that they needed to humiliate Saudi forces when they intervened in Yemen in 2009 and to apparently fare so well against the recent air campaign launched by Saudi Arabia and its allies.

More importantly perhaps, many years of war have festooned Yemen with weapons.

There are plenty of accusations that Iran supplies the Houthis with weapons. Some reports lack credibility, like Saudi-owned al-Arabiya TV’s insistence that 185 tons of Iranian weapons miraculously made it through the international naval taskforce currently blockading Yemen.

Other stories, like the Iranian dhow that was stopped on route to Yemen in 2013 with a range of advanced equipment, are far more plausibly an example of Iranian weapons shipping.

While one UN Security Council report noted independent verification was unable to confirm the allegations, a more recent, as yet unreleased one, concluded that a pattern of Iranian support had emerged.

Nevertheless, a perennial problem with such instances is that the evidence of Iranian involvement often comes from sources that have a vested interest in plugging such a line: whether from the Saudi, Yemeni or American side.

External supplies notwithstanding, an obvious source of weaponry for the Houthis came thanks to a new-found agreement with their erstwhile adversary, Ali Abdullah Saleh, who seemed to support the Houthis in their takeover of Sanaa in autumn 2014.

This gave the Houthis the opportunity to help themselves to an unknown quantity of US weaponry from army bases captured curiously easily.

Overall, the perennial resort to the “Iranian-backed Houthi fighters” logic is problematic as it simplifies the conflict too much and mandates too much of an external focus.

If Iran is the major source of supplies, then an air campaign to destroy stores and interdict resupply might make sense. But this logic is being sorely tested by the complete lack of a collapse of the Houthis (quite the opposite, so far) in the face of the bombing onslaught.

Recently, the group reinforced its hold on Mukalla in the southern province of Hadramawt taking over an airport, a military base, and a prison, freeing dozens of prisoners including AQAP leaders.

Given that AQAP remains the core US interest in Yemen, such a turn of events will surely have given its leadership pause to reconsider its open support of the Saudi campaign.

It would not be surprising if US cautions about the knock-on effects of the campaign enabling AQAP played a role in Saudi’s announcement on 21 April 2015 that it was ending the air campaign.

But the sense that the Gulf Arab states, led by Saudi Arabia, are simply winging their policy in Yemen is inescapable.

In lieu of anything approaching a cogent, strategic plan, the short-termist resort of bombing to win does not inspire hope for the near future.