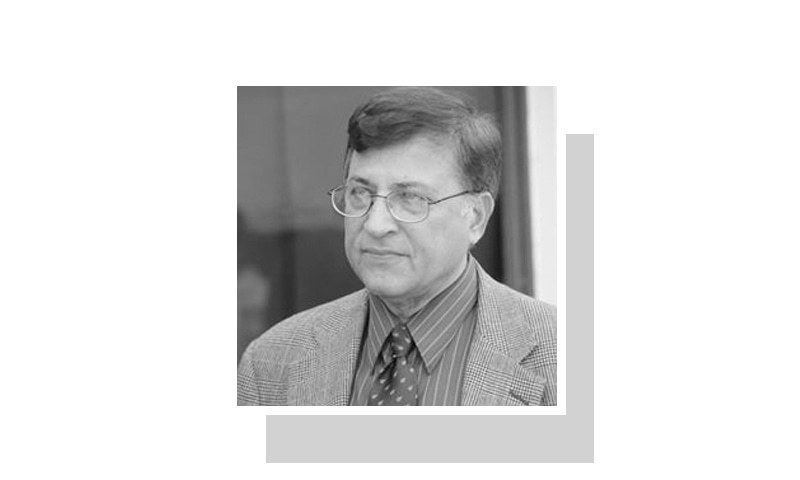 The news is that the high and mighty heading the 200-million strong Islamic Republic of Pakistan have just returned from the world’s petro-capital, Riyadh.

The prime minister, chief of army staff, minister for defence, foreign secretary, and an assemblage of high officials went hoping that their contrite expressions could somehow soothe an irritated septuagenarian monarch and his angry princes. There is no indication of success.

They should not worry. Sending Pakistani troops to kill and be killed in an overseas civil war is wrong, and no quantity of free oil or bales of cash can make it right.

Pakistanis have no desire to fight an enemy whose name (Houthis) they have heard now for the first time. Worn out by an internal Taliban insurgency that has claimed upwards of 50,000 lives, and wracked by a series of targeted assassinations and bombings of imambargahs, the country is in no mood for a potentially disastrous overseas adventure. Parliament’s decision to stay neutral accurately captures the public mood.

How far can Saudi anger go? We should not be too worried. Kicking out Pakistani workers is not an option for the kingdom and will not happen. Nationals of all Gulf countries are hopelessly poor in skill and work habits, and they are in no hurry to change. Without an adequate supply of hardworking and underpaid servants, every petro-country would grind to a halt.

A second reason also sharply limits the strength of Saudi reaction. Pakistan is the only country that can, at short notice, potentially provide the kingdom with nuclear weapons, or with a nuclear umbrella. Of course, Pakistan would be wise in not even considering such a possibility. But the fact is that there are no other nuclear vendors in town — and the Saudis know it.

Pakistan also stands squarely in the middle of all avenues that could lead to an eventual indigenous Saudi nuclear weapons capability, which the kingdom so strongly desires.

In March, it quietly signed an agreement with South Korea for importing two nuclear reactors. According to the World Nuclear Association, the kingdom plans to construct 16 nuclear power reactors over the next 20 years at a cost of more than $80 billion, with the first reactor on line in 2022.

So far it has not agreed to US demands, and insists (unlike the UAE) on having a full nuclear fuel cycle. This leaves open the possibility of reprocessing weapon-grade plutonium from nuclear wastes, which only Pakistanis can secretly help in doing.

For the very first time, to their great astonishment, GCC Arabs are seeing Pakistan reject their diktat. Floating on an ocean of oil, they are used to having their every wish instantly obeyed. The UAE minister of state for foreign affairs, Dr Anwar Mohammad Gargash, was seething with exasperation: Pakistan had dared to choose neutrality in an “existential confrontation” with Iran and would “pay the price”.

Pakistan’s ‘disobedience’ might have been more forgivable had it not come at this particular moment, when the Saudis are already in a state of fury over the action of their long-time ally, the United States. A preliminary Iran-US nuclear deal, which the kingdom has long feared and opposed, has already been signed. Although staunch anti-Iran and pro-Israel Republicans in the US Congress plan to strain every nerve to block it, President Obama will likely succeed in pushing through the final version at the end of June. The Saudi nightmare is that an Iran-US rapprochement will accept Iran as a threshold nuclear state, and end US-imposed sanctions. Iran would then appear as the victor, giving a big blow to the Saudi-led coalition (of Sunni-majority states), of which Israel is an honorary member.

In its attempt to rally Sunni support, the kingdom wants the Yemen war to be seen as a doctrinal tussle. But at stake is the long-term survival of the House of Saud. Iran is an insurrectionary, revolutionary power while Saudi Arabia wants the status quo. Iran’s mullahs openly call for the overthrow of all monarchies. In their political model the clergy holds the reins of power, with some space allocated for the expression of popular opinion. But any political freedom, no matter how small, is anathema to the kingdom. It is deeply alarmed that Iran’s support for the Palestinians, and its staunch opposition to US-led wars in the Middle East, has resonated with Arab public opinion.

Arab anger at Pakistan is partly understandable. Nawaz Sharif and his government had given the Arabs an impression that this nation stands at their beck and call. So, on the one hand, they pampered the egos of Saudi despots and gratefully accepted their favors, including the mysterious ‘gift’ of $1.5bn in March, 2014. Was there to be no quid pro quo? Then, various leaders raised Arab expectations further with loud declarations promising to “shed every drop of our blood” for the defence of Haramain Sharifain when, in fact, no Muslim holy site was ever threatened. But, when it came to putting boots on the ground in what would be a long-drawn bloody civil war, they chickened out.

Pakistan should take no sides in an external power game between Muslim states. Instead, we need to be deeply concerned with Saudi Arabia deliberately fomenting extremism within Pakistan, leading to horrific consequences. The loud support it has received from the officially banned violent sectarian-militant group, the Sipah-i-Sahaba, now rechristened as Ahle Sunnat Wal Jamaat, stands testimony. Long the recipient of Saudi benevolence, ASWJ has blasted parliament’s decision and staged public rallies urging Pakistan’s intervention in Yemen. The International Islamic University in Islamabad, with a frankly sectarian agenda, is another Saudi bastion, headed by a Saudi national who, amazingly, can speak no English or Urdu. Across the country, madressahs and mullahs receive Saudi funding and spread sectarian poisons.

Pakistan must stand firm behind its parliament’s decision. Let the Saudis fume. We must not fight their war. They cannot afford to retaliate too harshly. But even if they do inflict some pain on Pakistan, it will be limited and we will emerge stronger at the end.