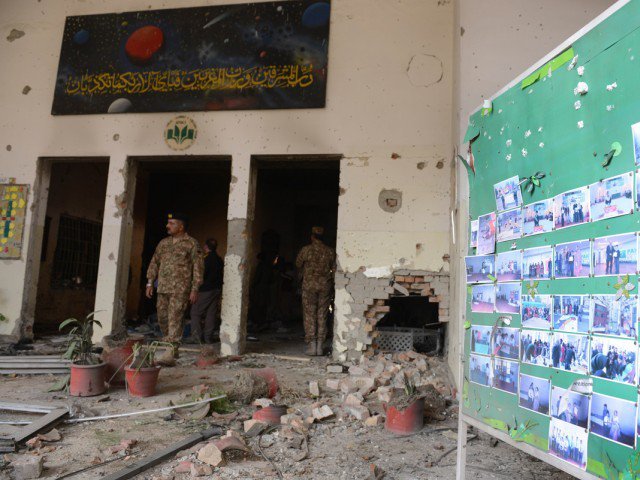 Around 30 people holding flags and placards shouted slogans against the government, militants and law enforcers on Monday evening — reminding everyone about the attack on Army Public School in Peshawar on December 16, 2014.They had gathered at Guru Mandir to mark the three-month anniversary of the militant attack which left more than 140 people dead. This was part of a year-long campaign #NeverForget headed by civil society activists. According to demonstrator Aabida Ali, it was sad that every time they came out to mourn another blast or incident had taken place — last time it was Shikarpur and this time it was the church attack in Lahore. “Everyone should step out against the religious extremism,” said Let Us Build Pakistan’s editor, Khurram Zaki.