Home  »  Newspaper Articles   »   Yemen crisis: What will Saudi Arabia do when – not if – things go wrong in their war with the Shia Houthi rebels? – Robert Fisk 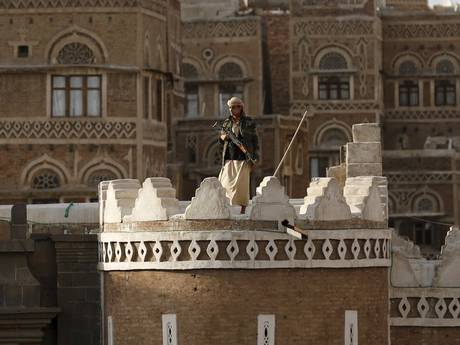 The depth of the sectarian war unleashed in Yemen shows itself in almost every Gulf Arab official statement and in the official press.

The Saudis take it as read that Iranian forces are actually present in Yemen to assist the Shia Houthis. There are Hezbollah fighters from Lebanon with the Houthis. Iran is itself behind the Houthi uprising. One Kuwaiti journalist calls the Houthi rebels “rats”. As usual in Arab wars, real evidence has gone out of the window.

Another journalist, the editor-in-chief of the Kuwaiti Arab Times, Ahmed al-Jarallah, concluded a political tribute to King Salman of Saudi Arabia with the observation that “leaders of the (Saudi) coalition for virtue and stability in Yemen and the region made their point through their offensive against the tunnel and vice of conspiracy where the bats of extremism, enmity and division incubate”.

“Rats” and “incubation” – that’s the kind of language sectarian wars also produce. No-one in the wealthy Gulf states has asked if Saudi Arabia is entering the Yemen war simply because it does not want another Shia state on its border – after the Americans “liberated” Iraq and installed a Shia government in Baghdad. Saudi generals talk of massive casualties among the Houthis – they still say they have not killed civilians, even though they use the tired phrase “collateral damage” in their denials. No-one challenges the boasts of its victory – or dares to mention that this extraordinary coalition is a Sunni force fighting Shia.

At a Syrian refugee conference in Kuwait this week, the Saudis were lauded for their generosity in pledging $60m for homeless and destitute Syrians out of a total of $3.8bn of promised aid world wide. No-one was ungenerous enough to mention that the Saudis bought $67bn worth of weapons from the US in 2011-12.
With that kind of money you might be able to buy up most of the protagonists in the Syrian war and get them to agree on a ceasefire. But this is the figure that makes sense of the Yemen war.

That, and the fact that Pakistan is part of this extraordinary coalition. Pakistan is a nuclear power – “Saudi Arabia’s nuclear bomb outside Saudi Arabia”, as one conference delegate bleakly put it in Kuwait.

There are 8,000 Pakistani troops based in the Saudi kingdom. And Pakistan is one of the most corrupt and unstable nations in South-west Asia. Bringing Pakistan – widely believed to have shipped second-hand weapons to anti-government rebels in Syria via Saudi Arabia – into the Yemen conflict is not adding oil to the fire. It’s adding fire to the oil.

Iran has maintained a diplomatic silence. When Saudi foreign minister Saud al-Faisal accused Iran of supporting the destabilisation of Yemen, the Iranian deputy foreign minister, Hossein Amir-Abdollahian warned that the Saudi attack was a “strategic mistake”, a comparatively mild reaction.

Perhaps that is what you expected to hear when the Iranian minister’s nation was still trying to persuade the Americans to lift sanctions against Tehran. Or perhaps he actually meant what he said, which means that the Saudis may find it to have been easier starting a war in Yemen than ending one.

But outside the Gulf, there are sectarian Sunni-Shia conflicts in Iraq, Syria, even marginally in Lebanon.

A Yemeni boy inspects his family’s house, which was destroyed by an airstrike allegedly carried out by a Saudi-led coalition against a Houthi rebels in Sanaía, Yemen (Yahya Arhab/EPA)
The leader of the Lebanese Shia Hezbollah movement, Hassan Nasrallah, scored a point in his own country when he asked why the Saudis were prepared to fight the Houthis with their huge forces but had never raised the sword to fight for the Palestinians.

Saudis are being told to regard their country’s struggle as a decision even more important than Saudi Arabia’s appeal to the US to send troops to the land of the Two Holy Mosques in 1990 – a view Osama bin Laden might have disagreed with.

What is less clear, however, is where Washington stands amid all this rhetorical froth in the Gulf and real dead bodies in Yemen. There have been reports in the Arab states that US drone attacks have been made as part of the coalition’s battle in Yemen, that American intelligence has been pin-pointing targets for the Saudis (with the usual civilian casualties). There was a time when America’s war in Yemen seemed to be just part of the whole War on Terror fandango throughout the Middle East. Not any more.

And what of Israel? In Kuwait, Arabs privately agreed that Saudi fears of Iran’s nuclear potential suited Israel very well – although there has been no evidence in the Gulf that Israel heartily supported the Saudis to the point of sending them a message of approval over the Yemen assault.

But with the US an ally of both countries, this would be unnecessary. What we now have to learn is what the Saudis will do when – not if – things go wrong.

Ask the Pakistanis to send part of their vast army into the cauldron? Or ask their Egyptian allies to earn their pocket money from Riyadh by sending their soldiers to the land which the greatest of all Egyptian presidents once retreated from with deep regret: a man called Gamel Abdul Nasser.