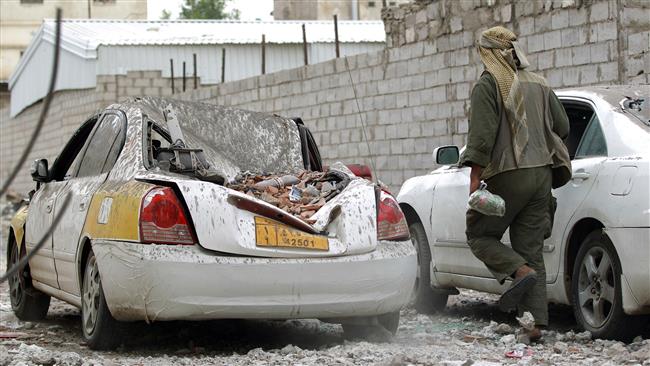 The Pakistani parliament’s resolution calling for neutrality vis-à-vis the Saudi-led aggression against Yemen (Operation Decisive Storm) came as a relief in many quarters. For many, the decision didn’t come as a surprise. For others, it did leave a bitter taste in the mouth.

Involvement is not an option

No matter how one looks at it, the resolution undoubtedly comes as a victory for diplomacy – as short-lived as it may be. The call for a peaceful resolution of the crisis grew a little bit louder through Pakistan’s decision, and must be welcomed.

It was interesting to note that the resolution passed by parliament recognized the consequences of a Pakistani involvement in the war. It declares that despite the fact that the Saudi-led aggression is by no means sectarian in nature, direct Pakistani involvement has the potential to turn it into one. Indeed, the repercussions for Pakistan on the sectarian lines can be catastrophic.

By asking, even demanding, that Pakistan join, the Saudis are trying to give this operation the cloak of religious legitimacy: A Saudi-led Sunni bloc uniting to fight the growing influence of a Shiite Iran and its proxy militant forces. Pakistan’s abstention brings into sharp focus the consequences of Saudi Arabia’s attempts, a deepening of divisions within an already fractured Muslim world.

Perhaps that’s why Saudi Arabia has been so insistent on drawing Pakistan in. Many interpret Al-Arabiya news channel’s claims of Pakistani involvement in the war from the onset as attempts to dictate the narrative, and to bind and obligate Pakistan into participating.

Whilst certain Wahhabi and pro-Saudi Arabia parties have already expressed their staunch support for the offensive, it is the blow-back that has kept Prime Minister Nawaz Sharif, the darling of the Saudis, from committing to this aggression. Takfiri extremism is already a security threat within Pakistan. The country cannot afford to exacerbate the anti-Shia sentiments that Saudi-sponsored madrassahs and scholars have propagated for decades now.

Pakistan once got involved in a Saudi/CIA war and is still paying the price. Opening up its soil for the recruitment and training of young men to fight the Soviet invasion of Afghanistan was a decisive moment in Pakistan’s history, and continues to haunt the country to this day. Indeed, Pakistan’s sectarian divisions and tensions can be traced back to what these camps were (and have been) preaching and producing.

Pakistan’s own bilateral ties with Iran have been raised as another reason. While some want to portray a vengeful Iran forcing Pakistan to pay for siding with the Saudis, what will actually happen is a considerable chill in Pak-Iran relations, which have not been very deep over the years. The reason would be more to do with snubbing Iran’s diplomatic overtures to Pakistan on working together to resolve the Yemeni crisis diplomatically, and less to do with which side Pakistan picks in the conflict.

But can Pakistan truly remain neutral when it comes to Yemen?

Pakistan’s deep-rooted and historic relations with Saudi Arabia are no secret. As the former Saudi Intelligence chief, Turki bin Faisal famously put it, ties between Pakistan and Saudi Arabia are ‘probably one of the closest relationships in the world between any two countries without any official treaty.’ Adel Al-Jubeir, chief advisor to now late-King Abdullah went a step further in describing this relationship, ‘We in Saudi Arabia are not observers in Pakistan, we are participants.’

Setting aside the Pakistani Prime Minister’s own personal relationship with the House of Saud, successive Pakistani governments and the army have maintained, expanded and deepened ties with the kingdom. Saudi Arabia has proven to be a reliable friend to the political and military elite, even if it came at the expense of the Pakistani public.

It’s been a two way relationship: In return for Saudi funds Pakistan has supported Saudi Arabia diplomatically and even militarily in past. The country sent troops to the Kingdom to repel a Yemeni incursion in 1969. The Pakistani military was deployed once again to protect Saudi Arabia during the Persian Gulf War (ironically, codenamed Operation Desert Storm).

As early as last year, Saudi Arabia pumped $1.5 billion into a tanking Pakistani economy as a ‘gift’. The gesture was reciprocated by the Pakistani government abandoning its policy of non-interference in Syria and calling for the formation of a transitional government.

Thus are the parameters of the Pak-Saudi alliance. So what about Yemen? Can Saudi Arabia’s ‘gifts’, or a lack of them, persuade Pakistan away from its current stance? It is hard to tell. But what is for certain is that through the unlimited amount of aid Saudi Arabia is willing to provide Pakistan and Pakistani politicians, the relationship is not on an equal footing.

Saudi Arabia fully comprehends Pakistan’s geo-strategic significance, bordering Afghanistan, Iran and China. It also understands the country’s military capabilities. It is understandable why Saudi Arabia would want to base relations with Pakistan where the kingdom has the upper-hand. A Pakistani military willing to fight wars for the preservation of the House of Saud and a government willing to fight this battle on the diplomatic arena, all at the beck and call of the Al Saud.

It’s been a comfortable alliance. Until now. In this light the warnings coming for the UAE’s (another generous aid donor) warning makes sense. When he warns that Pakistan will pay a ‘heavy price’ for not joining this coalition against Yemen, he speaks as an authority that can indeed inflict that price upon Pakistan.

The power of the Persian Gulf countries like Saudi Arabia, Qatar and UAE, to influence events in Pakistan cannot be underestimated. Other than their investments in the country’s economy, they hold ideological, political and financial influence over a number of Takfiri militant outfits that can wreak havoc in Pakistan.

Pressure and coercion: will it work?

The coming days and weeks will be a test of Pakistan’s resolve as Yemen will ultimately prove to be a quagmire for Saudi Arabia and its coalition. Will the government buckle under pressure and the allure of Saudi petrodollars? Will Pakistan’s strategic and national interests be sidelined once again to appease a foreign player?

One thing is for certain: for as long as Pakistan does not bring some balance to its relationship with Persian Gulf countries, namely Saudi Arabia, it will forever be stuck between a rock and a hard place at times like this. It is only when relations are based on an equal footing can a nation truly preserve its independence and safeguard its national interests.