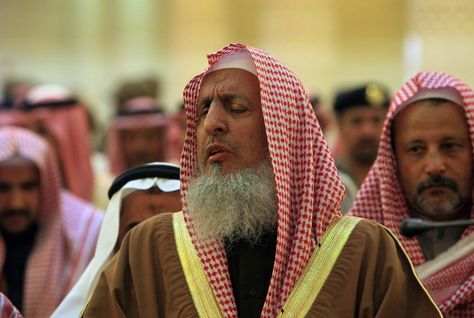 The poor Saudi chief cleric is just engaging in a “sectarian” “proxy war” with Vatican-backed Christians in Pakistan who want to impose high-quality, under-appreciated health, education, professional, sanitary, entertainment, security and cultural services in Pakistan. It is thanks to such Saudi mentors who guide and fund ISIS-affiliated interconnected Deobandi groups like ASWJ-LeJ, Taliban, Jundullah and Jamaat ul Ahrar that the churches in Lahore were bombed yesterday.

Amongst the Vatican backed “Christian” terrorists from Sipah -e – Jesus are dangerous dudes from the 1950’s like Justice Cornelius.

This Christian judge, along with 5-6 other judges, nearly all of whom nearly belonging to minority and shia sect – did not bend down and lick the boots of military generals. Sipah Jesus “terrorist” like Justice Cornelius disgraced the Pakistani judiciary with his penchant for integrity and honesty!

Christian “terrorists” also serve in Pakistan’s banking and corporate sectors which they have spoiled with such degenerate ideas such as “professionalism” and “educational qualifications”. They have brought the same disease to our Army. That is why good ol’ Deobandi lobby has been cleansing Shias, Ahmadis and Christians from these institutions.

Christians, like Shias, have also dominated Pakistan’s cultural and artistic activities – another sin in Al Bakistan.

We need Pakistan’s Tahir Ashrafi-ed “liberals’ to step up to the plate and obfuscate the one -sided Deobandi violence against the Christians – from the lynching of the Masih brothers and the burning of Shantinagar by the Deobandi Sipah Sahaba in the 1990s to the burning and bombing of Christians from 2009 to present.

Perfidious Sunnis like Tahir ul Qadri have found common cause with Christian and Shia “terrorists” who are causing such heartburn to the “innocent” Deobandis that the latter are just forced to commit the genocide of Sunnis, Shias and Christians. Perfidous Sunnis, as per “anti establishment” ASWJ-LeJ are also “Mushriks” for their Sufi inclinations of visiting the shrines of Sufi saints and finding common cause with Hindu and Shia and gasp, singing and dancing with Qawalli. At some point in time, I will share the Deobandi hate video of Tahir ul Qadri swaying to Sufi beats in a Sunni mosque in Canada.

For opposing the “anti establishment” Deobandi-dominated Taliban, Sunni leaders like Tahir ul Qadri are also part of a grand proxy war – its the Madina (Barelvi) vs Nejd (Deobandi) proxy war that has been going in South Asia for 150 years. While Sunnis have been massacred in their thousands at Sufi Shrines such as Data Darbar and Abdullah Shah Ghazi, we must follow the traditions of Pakistan’s Sufyani Liberals and blame both Deobandis and Sunni Barelvis in equal measures.

We need Sufyani liberals to obfuscate the Deobandi violence against Christians (and everyone else) with exceptions and other blaming-the-victim tactics; similar to what they have done to obfuscate Shia Genocide. Tactics such as obscuring the Shia identity and cause for the massacres of Shia Hazaras into an ethnic issue. Or the favourite false binary of Saudi vs Iran. Or the common refrain of many urban Deobandis – that all Shias are Billionaire Feudal Doctors from Jhang who are stealing our jobs in Karachi and Lahore while committing cannabalistic and deviant acts on Nauroze and Ashura