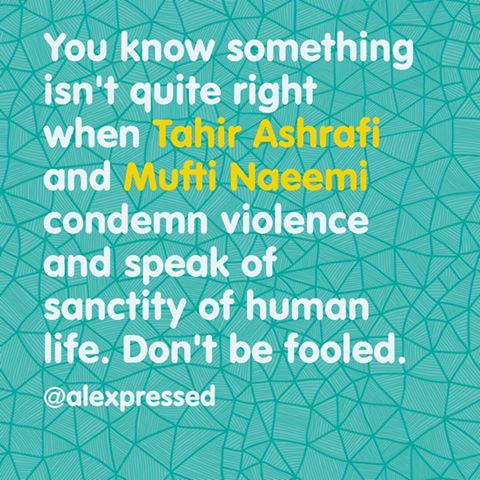 In the aftermath of the slaughter of 18 Christians in Lahore Yohanabad churhces, not surprised that Pakistani media, Deobandi clerics and the irrelevant idealist human rights champions are spending more time taking on Christian mob who killed two instead of addressing the real problem of Deobandi madresseh network and its terrorism.

This community of three million people has been sidelined since the inception of this goddamned country, reduced to odd jobs which none else wants to do – cleaning your gutters and childminding your kids while you enjoy fine Australian beak steaks at five stars. Their entire villages have been burnt time and again, they have been named under false blasphemy cases, their houses have been torched across the country, their property has been looted, their churches have been set alight and nothing has stopped this for decades.

Their killers roam free and vow to do more of it. They are abused and threatened in broad daylight by the likes of Hafiz Saeed and Ludhianvi under state patronage. Then one day, state cronies come to wipe off two churches of theirs, some of them give their life to defend others and still lose 20 lives and you expect them to remain sane? When a state fails time and again, becomes a party to your oppression you have to take matters in your hands. Vigilante justice is not right but it is the failure of state, not of people. They are part of the same society like all of us and have had enough. If the state fails to deliver justice and is party to crimes against a community – the vigilante mob response should not be surprising. It is time for the media, idealist human rights champions and the state cronies to look deep and hit the nail on the head, not on the sidelines including Christians of Lahore or Shias of Rawalpindi.

In solidarity with Pakistani Christians. Lord Jesus be our savior. Ya Ali Madad.