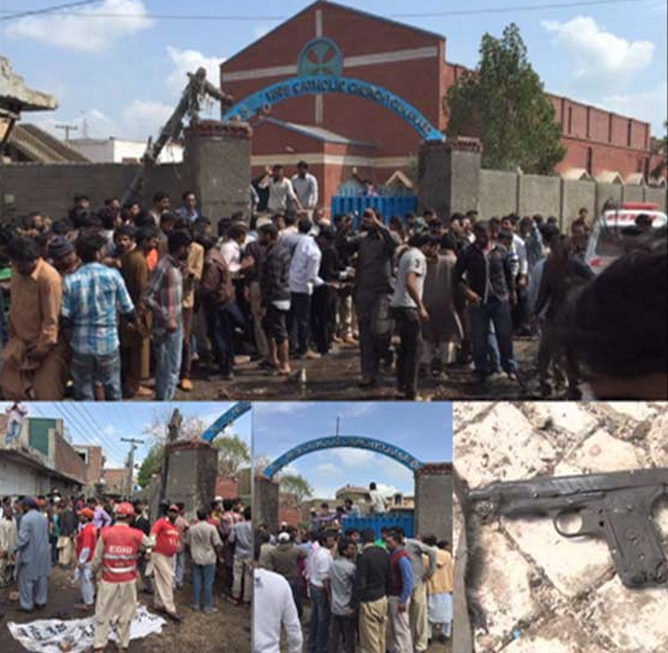 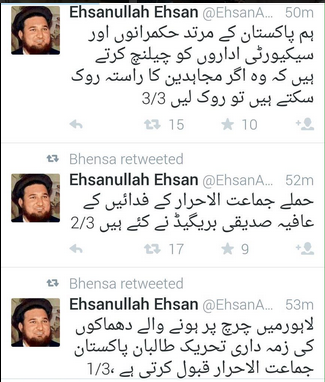 Pakistan’s Christian community has been routinely targeted by Deobandi militants. An offshoot of the Pakistani Taliban (TTP), calling itself Jamatul Ahrar, has said it carried out the attack. Deobandi militants operate in different names such as Ahle Sunnat Wal Jamaat (ASWJ), Taliban (TTP), Ahrar, Jundallah, Lashkar-e-Jhangvi (LeJ) and Jaish-e-Muhammad (JeM).

PM Nawaz Sharif and Punjab CM Shahbaz Sharif are known to be in an unannounced alliance with the banned Deobandi terrorist outfit ASWJ, which serves as an urban arm of the Taliban and is also affiliated with the ISIS. Here’s a picture of Pakistan’s Interior Ministr Chaudhry Nisar with Muawiya Azam Tariq Deobandi, leader of ASWJ-LeJ wing of the Taliban. 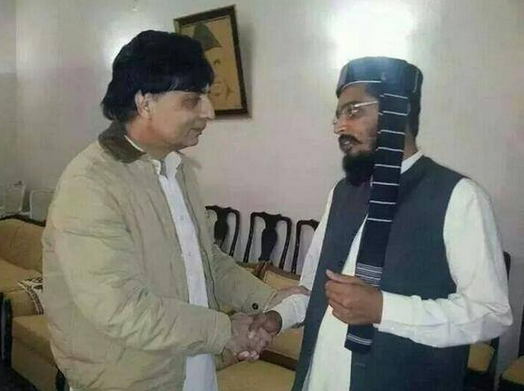 In the past Deobandi terrorist groups have massacred Christians in Peshawar, Lahore, Islamabad and other areas of Pakistan. At least 80 people were killed by bombers at a church in Peshawar in 2013, in what is thought to be the deadliest ever attack on the country’s Christians.

Banned terrorist ouftis Taliban (TTP) and their urban affiliates Sipah-e-Sahaba Pakistan (aka ASWJ or LeJ) have in the past massacred Christians, Ahmadis, Hindus along with Sunni Sufis, Barelvis and Shias in Pakistan.

Christian community has announced three-day mourning in view of the suicide attacks on the churches.

Christians make up less than 2% of Pakistan’s overwhelmingly Muslim population. Lahore’s Youhanabad area is home to more than 100,000 Christians.

Pakistan’s mainstream media continues to obfuscate the common Deobandi identity of Taliban and ASWJ terrorists who are protected and enabled by Deobandi clerics and madrassahs. A few years ago, a Deobandi cleric Tahir Ashrafi delivered a fiery speech against Pakistan’s Minorities Minister, Shahbaz Bhatti (a Christian), who was later killed by Deobandi terrorists. Tahir Ahsrafi is often promoted as a progressive cleric by certain section of Pakistani liberals including Sherry Rehman, Najam Sethi, Raza Rumi and Marvi Sirmed. 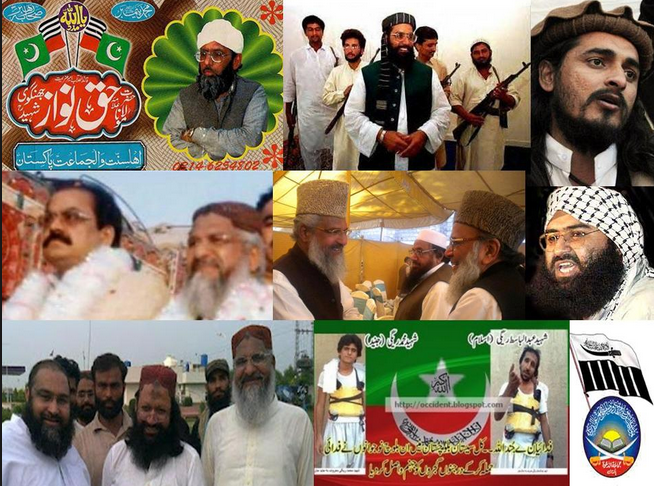 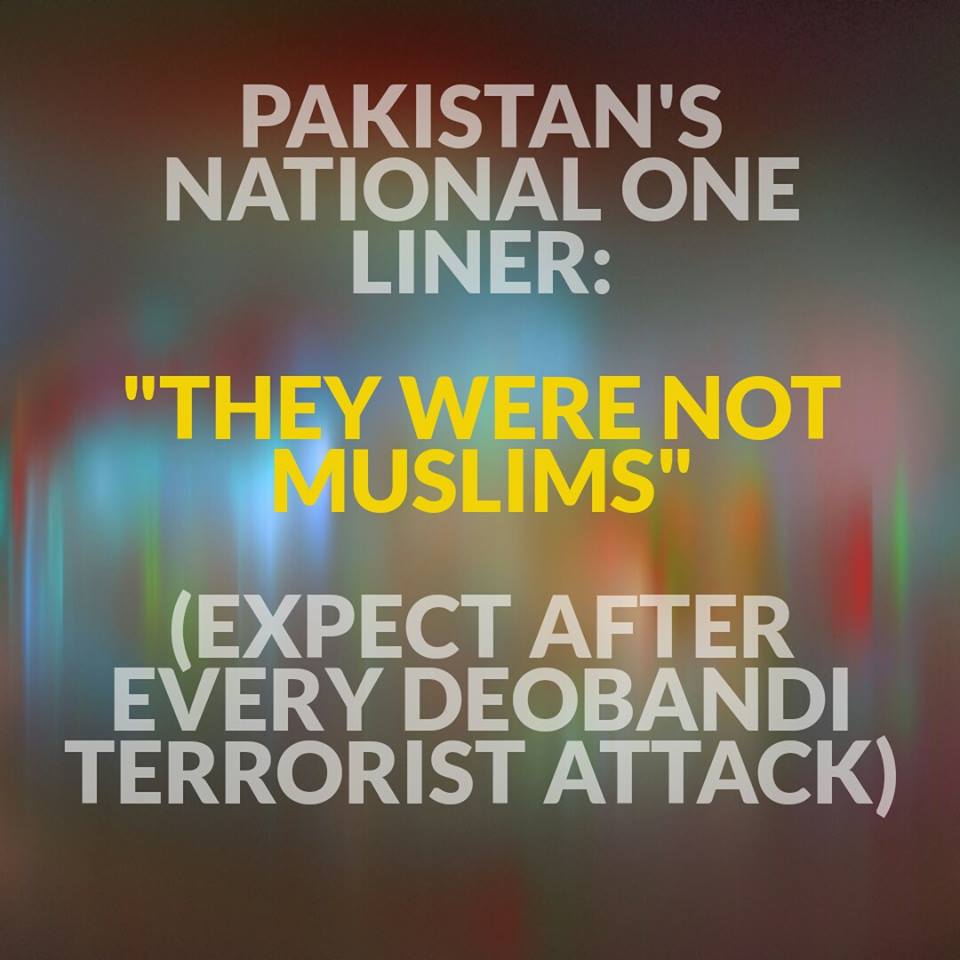