The Punjab Government’s “new” 100-most-wanted terrorists list is so new, all listed Shias except 4 have their FIRs registered in the 90s (20 years ago!) and the outlier four had these done 5+ years ago. Second, many of them are not under terrorism cases but cases of other nature. Third, the report conveniently ignores Punjab’s most eligible terrorists like Malik Ishaq and Ludhainvi – self proclaimed mass murderers; as well as several dozen of Deobandi terrorists who have killed people of all faith enmasse – Ahmadi mosque attack 2010, Lahore Data Darbar attack, Lahore church attack, Jospeh colony attack, Gamay shah bombing…

Another detail is that 7 or more of the Shias were booked for the 1 murder of Majid Raza Gillani who got off scot free for the murder of Arif Al-Hussaini. There were detailed witnesses against him then but Majid went scot free.

Ironically, Malik Ishaq Deobandi who planned the attack on the Sri Lankan cricket team is not a terrorist at all. Of course, he receives official stipend by the Punjab govt and enjoys badminton and other forms of Punjab govt’s hospitality.

This disgusting report is gross misrepresentation and mind boggling. The so called list of terrorists has 52% Shias on it and fails to mention a single case of bombing, firing, mass killing by these Shias. 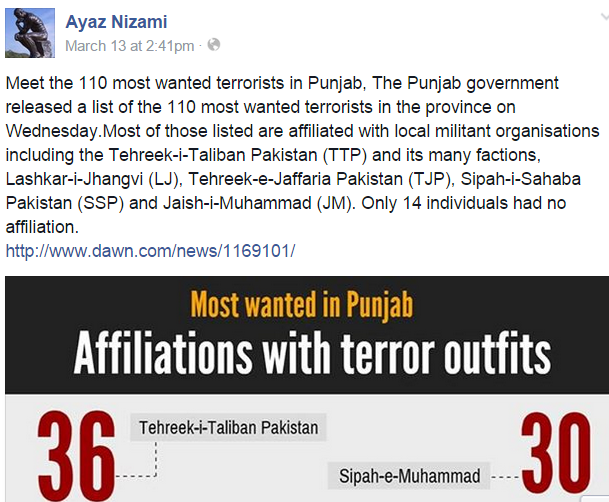 Some people appear to be doing the same old “see we told you, it’s a Sunni-Shia war” bullshit following the misleading report by Punjab Govt (ironically which publicly offered to support the Taliban-ASWJ terrorists in return for Punjab’s safety). Is it too difficult to notice that several dozen of terrorist outfits based on Deobandi madressah network have an ideological arm to their terrorism: Jihad, Qitaal and establishment of a global caliphate.

Here are some questions for these guys getting over emotional over this report, on which I will write a detailed analysis later:

1. Who goes around in Afghanistan, Mumbai and Kashmir for these operations?

2. Who has been waging a war against the state of Pakistan including its security forces, Army, Police and other state institutions?

6. Who bombed Lahore and Peshawar church?

8. who publicly and proudly claims responsibility following every act of terrorism?

9. Who wants to wipe Pakistan off its 40m Shias and claims it publicly?

11. Who attacks religious processions of Ashura and Eid Milad-un-Nabi?

12. Please honestly name a single Shia or defunct Sipah-e-Muhammad terrorist you know as according to this report they are nearly 50%. Can’t name any? Awww. Let’s try a Deobandi one. Yes, there you go. Hakimullah Mehsud, Mullah Fazlullah, Ehsan Ullah Ehsan, Aurangzeb Farooqi, Malik Ishaq, Ahmed Ludhyanvi…

Cut the crap. Terrorism in Pakistan is solely a Deobandi phenomena. 15% of them have 72% share in madressahs courtesy state patronage and own several dozen terrorist organisations.

Here is the disgusting report by the Punjab government: http://www.dawn.com/news/1169101 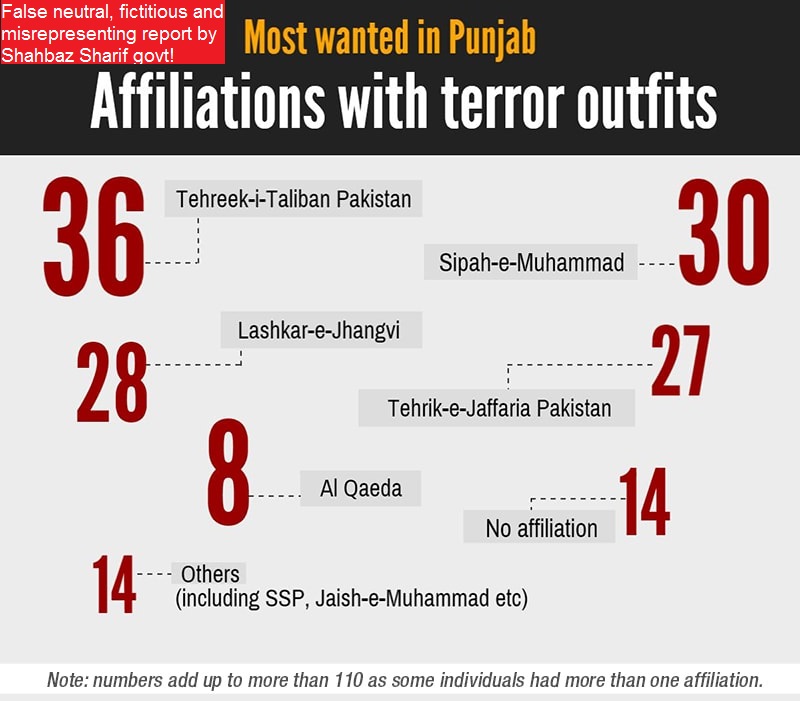 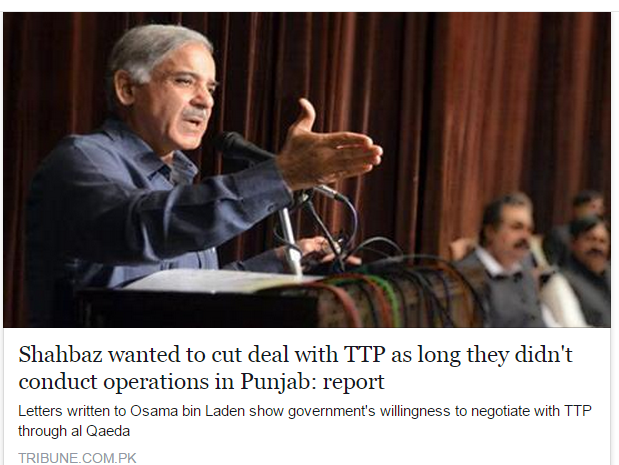 Apparently, the Shia Sipah Muhammad guys are more than LeJ and ASWJ guys on this list, good for nothing Shia terrorists who couldn’t bomb a single Deobandi mosque or produce a suicide bomber

Here’s a list of terrorist organisations operating in Punjab by South Asia Terrorism Portal. 46 out of 48 total are formed by nexus of Deobandi/Salafi madressah network. Go figure! 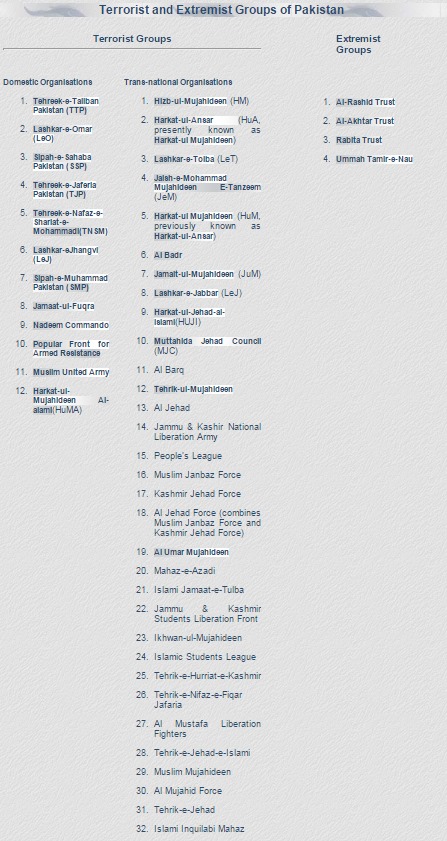 Its clear if Pakistan has to survive, Deobandi madressah network – epicentre of terrorism in the country has to be dismantled. There is no other option. From churches in Lahore to school Kids in Peshawar, imambargahs in Pindi to processions in Karachi, funerals in DIKhan to shrines in Sindh, schools in FATA to Shias in GB – these fascists have spare none. They must be wiped off and killed like cockroaches by any means possible to start with, followed by long term de radicalization policy. However, at the moment there is one thing more dangerous than them: Pakistan’s denial and failure to name Deobandi terrorism. Apologists as well as denialists are Deobabdi partners and killers.