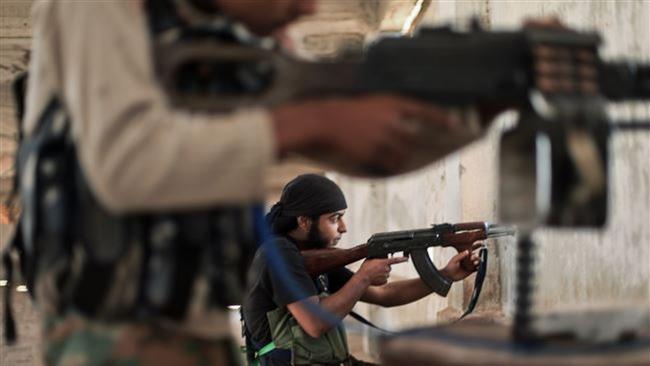 A senior German official has called for the reconsideration of Germany’s arms exports to Saudi Arabia, describing the monarchy as the leading exporter of terrorism in the Middle East.

Vice President of the German Parliament (Bundestag) Claudia Roth put forward the demand in an interview with German newspaper Welt am Sonntag printed on Sunday.

Roth (shown below) called Riyadh “the top terror exporter in the Middle East,” adding that “a large portion” of extremist militants in Syria, Afghanistan and Iraq hail from Saudi Arabia.

Germany’s guidelines on weapons exports make it “crystal clear that deliveries cannot be made to such countries,” she stressed.

The Green party’s politician also called for the release of Saudi activist Raif Badawi who is sentenced to 10 years in prison and 1,000 lashes.

“Besides the weapons deals, Germany is also discussing other trade ties with Saudi Arabia,” she said. “Pressure could certainly be brought to bear using these.”

The comments came as German Vice Chancellor, Social Democrat leader and Economy and Energy Minister Sigmar Gabriel kicked off his tour of the Middle East in Riyadh on Saturday.

The oil-rich country is reported to be “one of the most important clients of Germany’s arms industry.”

A new report shows that Saudi Arabia has overtaken India to become the largest arms importer in the world over the last year.

The kingdom’s military spending jumped 54 percent to USD 6.5 billion in 2014, while New Delhi imported USD 5.8 billion worth of weapons, said a Sunday report by IHS Inc, a leading analyst of the global arms trade.

“Growth in Saudi Arabia has been dramatic and, based on previous orders, these numbers are not going to slow down,” said Ben Moores, the report’s author.

Saudi Imports will rise 52 percent to reach USD 9.8 billion in the current year, which means one out of every seven dollars spent on arms imports worldwide will be spent by Saudi Arabia.

Riyadh is said to be one of the major supporters of Takfiri militants wreaking havoc in Iraq and Syria. Saudi Arabia also backs the Bahraini regime in its crackdown on pro-democracy protesters.

The results of a recent survey conducted for German daily Bild have shown that 78 percent of Germans believe Berlin should stop selling arms to Saudi Arabia, while a further 60 percent favor breaking off trade relations all together with the Persian Gulf monarchy due to its human rights violations.