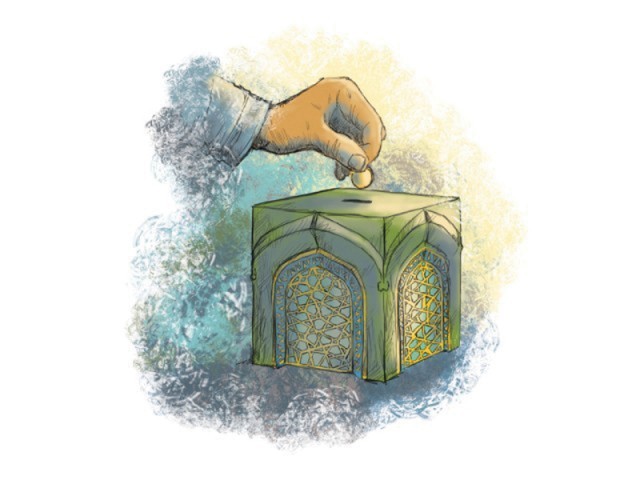 In addition to Saudi-Qatari funding, do you know the indigenous source of funding to Pakistani Deobandi terror groups TTP, ASWJ, LeJ?

The answer is in the ownership and control of Islamic banks in Pakistan. Taqi Usmani, Rafi Usmani, Mufti Naeem, Hanif Jalandhri etc are pouring a lot of money into Deobandi madrassash and groups that support Takfiri Khawarij terror outfits such as TTP and ASWJ-LeJ.

LONDON: There are five Islamic banks operating in Pakistan and it should be interesting to find out who owns and eventually controls them.

To any keen observer of Islamic banking, it should not come as a surprise that the significant shares of paid-up capital actually comes from the high net worth families and institutions in the Middle East, especially the six countries comprising the Gulf Cooperation Council (GCC).

A non-academic investigation into the networks that control Islamic banks in Pakistan reveals that it is not only the shareholders, but others as well who exert their influence and control.

The first table shows that there are six countries, Kuwait, Saudi Arabia, UAE, Bahrain, UK and Singapore, from where individuals and institutions have invested in the five fully-fledged Islamic banks in Pakistan.

It should be obvious that Islamic banking in Pakistan is controlled by governments (Kuwait), institutions (Dubai Islamic Bank, Al Baraka Bank, Bank Alkhair and Islamic Development Bank) and some individuals. The objective of this control function is purely business since the shareholders would like to preserve their capital and ensure maximum return on their investments.

One thing that is not so explicit from the above information is the fact that almost all of these banks are advised by the graduates of Darul Uloom Karachi, Jamiatul Uloom Islamia Binnori Town Karachi and Jamiatul Rasheed Karachi – well-known religious seminaries of Deobandi school of thought.

Overall, the Shariah advisory input comes from local as well as foreign Shariah scholars. Burj Bank is the only Islamic bank that has representation of Brailvi school of thought on its Shariah board. Table below lists the Shariah advisors of the five Islamic banks in Pakistan, and their religious affiliations.

As a vast majority of Muslims in Pakistan belong to Barelvi school of thought, it is important to create more awareness of Islamic banking by way of engaging more of the seminaries run by Barelvi scholars.

The above argument in no way should be taken against Darul Uloom Karachi or Sheikh Taqi Usmani, as both of them have played an instrumental role in the development of Islamic banking not only in Pakistan but also in other parts of the world.

One particular institution that has advocated Islamic banking on academic and intellectual levels is International Islamic University Islamabad (IIUI). Its exclusion from Shariah advisory function at the level of Islamic banks can perhaps be explained with the geographical location of Pakistan’s financial district where SBP is located and all of the Islamic banks are headquartered. 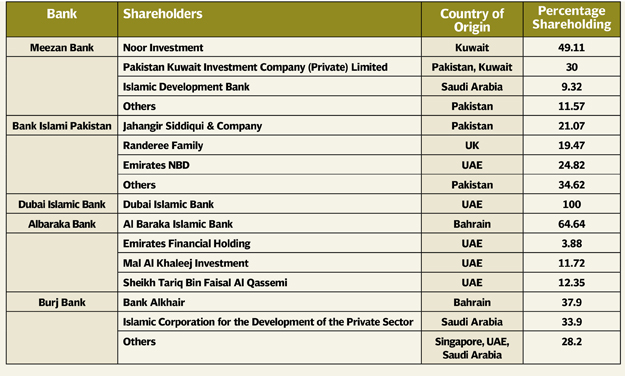 In Islamabad, on the other hand, where Securities and Exchange Commission of Pakistan is based, there is adequate representation of IIUI both at institutional and regulator levels.

The employment opportunities in Islamic banking and finance are not limited to Pakistan. In fact, a considerable number of graduates of IIUI are serving Islamic financial institutions in other parts of the world, especially in the Middle East.

Preparing students of religious seminaries for a vocation in Islamic banking and finance has far reaching economic, social and religious benefits. Therefore, it is important that the government initiates a nation-wide drive to create awareness of Islamic banking and finance in the religious seminaries. The SBP in this respect can lead a drive for promoting Islamic financial literacy in religious educational establishments in general and the amongst masses in particular.