Home  »  Newspaper Articles   »   On that which cannot be named – Olga Tkachuk 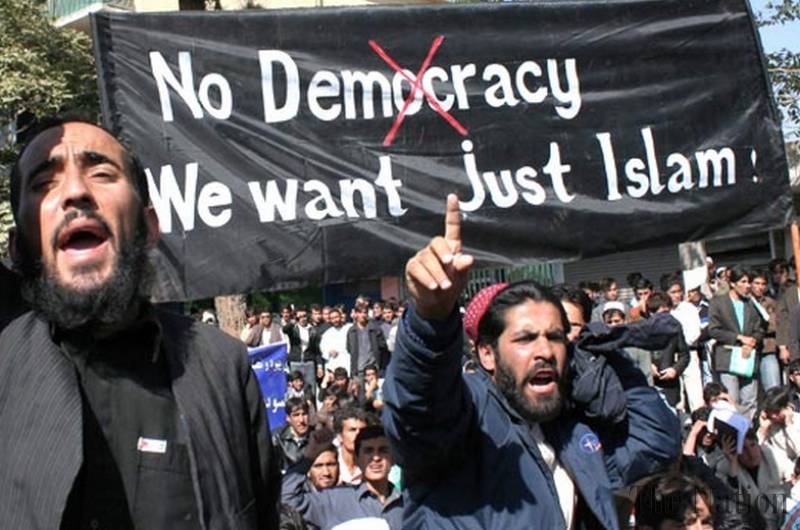 “There is no such thing as radical Islam,” reads a recent headline of a popular American publication. Individual Muslims might be radicals, writes the author, but “[t]here is only one Islam” and it has nothing to do with violence. The White House seems to agree, and numerous public representatives of North American Muslim communities echo the same position every time they are tasked with explaining yet another act of terrorism carried out in the name of their religion. But they should not shy away from acknowledging the fact that the modern Islamic revival contains a prominent, extremist and violent strain that is gaining steam in many parts of the world.

The desire to be defensive is entirely understandable. North American Muslims do not recognize themselves in the caricatures of the frightening and aggressive Muslim monolith presented by the right-wing. These immigrant communities and particularly their second generations are, on the whole, successful and well integrated. Averages show levels of educational and economic attainment that sit well above those of born and raised Americans and Canadians of non-immigrant background. These are middle-class, multi-ethnic and multi-lingual overachievers. Their success – in stark contrast to the averages of their European counterparts – is the result of specific immigration policies adopted by Canada and the U.S., as well as historical realities of the European nation-states as compared to the more diverse immigrant societies of North America.

The wholly understandable reaction in support of their faith comes from the fact that in the personal experience of most, their belief-system has nothing to do with violence. Similarly to most believers, religion brings Muslim folks a feeling of comfort, a supportive community, celebrations, memories of devout and kind family members, and a million other individual things besides. The unease of the community in the face of rising bigotry must be acknowledged, but it should not prevent an honest response, which is sadly lacking among many who speak for North American Muslims. It should not prevent a nuanced dialogue that recognizes the incredible differences and multiplicities of both western and global Islam, including a stream that is extremely politicized, aggressive, and often violent.

Because of course, there isn’t “only one Islam” practiced by over a billion people. Just in my Canadian city, there are countless ‘Islams,’ and communities that adhere to them. There is, of course, the sectarian and geographical range that reflects communal origins from Senegal to Indonesia. But among second-generations, there is also the spectrum of liberal to conservative, spanning the gamut from mixed-gender, GBLT-friendly social liberals who practice in their ‘inclusive’ spaces and even have women lead in prayer; to ‘women-in-the-kitchen,’ gay-hating fundamentalists who believe that all of the world’s ills are to be blamed on America, the Jews and the homosexuals.

The possibilities of being religiously ‘different’ from the mainstream flourish in large urban North American settings. But the only things that those groups on the opposite sides of the spectrum have in common are the shahada, the Qur’an, and the name of the religion they adhere to. Little else matches in their actual understanding of how their faith should be ‘done.’

On top of these differences, there is also a matter of practice. Many are simply ‘cultural’ Muslims and seldom, if ever, participate in organized religious practices. They are much more likely to be found with a glass of wine than a prayer mat. Others fall into what sociologists refer to as the ‘match, hatch and dispatch’ category. They use institutional religion during significant life stages and rites of passage, and frequent the mosque during major religious holidays. These folks are liberals, social conservative, and everything else in-between.

Then there is a range of more active participants, who are highly involved in different aspects of their religious identity. Quite a few of them consider this identity to be political, and hold the essence of Islam as primarily a socio-political phenomenon. Their participation in organized institutions is often significant. Their views range from observance of socially conservative religious values on one end, to strict doctrinal adherence in all matters, all the way to the acceptance of the politicized theological positions of terrorist groups. Not surprisingly, many on that end of the spectrum also view Islam in a singular fashion, and their goal is to uphold the dominance of that religious identity over all others. In this they are well-funded, and do quite well in terms of promoting their dawah to other Muslims, particularly among the younger generation.

Those are the people we hear most about on outlets like Fox News. This information is then added to the constant stream of reports about acts of public violence carried out in the name of religion by Muslim groups from Nigeria to Pakistan. The result is that the conventional wisdom of an average Fox viewer seems to be that a singularly evil and weird religion is at the root of these atrocities. All those other Muslims are an aberration, while the screaming bearded fanatics are its most proper and honest representatives. There is no question that this reductionism must be challenged.

Yet, to listen to many voices representing the Muslim communities in North America, or even the U.S. President himself, one would think that religion has nothing at all to do with the current state of affairs. What we see there is a complete refusal to acknowledge the fact that religion has always been political as well as personal; and that in much of the world it still is. Yet there is a total reluctance to see the proclaimed religious goals of political groups as anything but a ruse de guerre designed to conceal ambitions to power. ‘True’ religion itself is presented as little more than private belief that is inconsequential to political affairs.

Nothing, of course, could be further from the truth. Every religion has extremist groups that are political, and such public religious expression has always existed. These groups become particularly active during the time of political upheaval. There are numerous religious organizations caught up in a multitude of ethno-nationalist conflicts around the world, but the violence they inflict is largely localized. Buddhist monks in Myanmar are involved in atrocities against minority populations there – but they don’t bomb public transport in London. The religious right-wing in Israel makes life worse for Palestinians, but their cheerleaders don’t take hostages in New York’s halal shops. Lord’s Resistance Army’s operations are limited to a geographical locale, and Joseph Kony has no connections, ideological or otherwise, to militant Christian movements in, say, Russia or the U.S.

The difference with Islam at this moment in time is that seemingly disparate regional groups from Wahabi Salafi Boko Haram to Wahabi Deobandi ISIS to Salafi Al-Muhajiroun to Deobandi Tehreek-i-Taliban, often share many aspects of a global, diffused, religio-political ideology, along with other connections, such as common sources of funding. These groups do not exist in a vacuum, and they do enjoy a degree of active and tacit support from wider populations. It is important to acknowledge, and be able to say that this too is part of the modern Islamic revival. That religion is something that goes beyond individual piety, sugar and spice, and into the realm of power. Islam should not be defined by the actions of the extremists, but neither should these actions be exempt from the category of Islam, particularly when trying to understand how to tackle this kind of violence. And the fear of naming things properly will only serve to increase the fear of Islam in general.