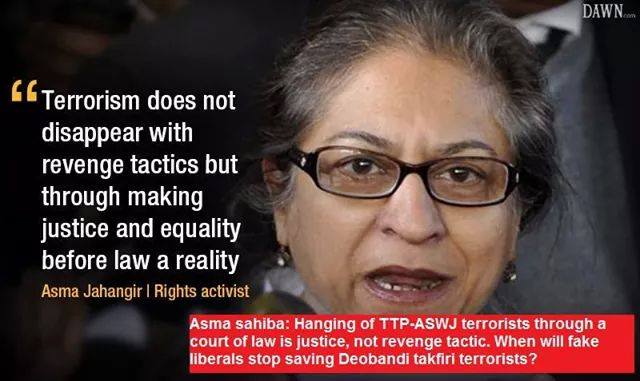 Asama Jahangir who calls herself gaurdian of human rights , justice and equality is nowadays clearly supporting Deobandi fascist, extremist and militant banned organization Spiah Sahaba aka Ahlesunnat waljamat (ASWJ ) while calling hanging of deobandi takfiri terrorists ,killers of innocent people unjust and inequality.
She knows very well about cruelty , barbarism and crimes of Deobandi takfiri tertorists who are being hanged . These terrorists were hanged after their crimes proved true and they availed all forum to defend themselves and all those forum called them guilty but Asama is seeking apology for them and indirectly making them hereos .
Voice of Sunnis condemns statement given by Asama Jahangir and ask people of Pakistan to boycott Asama Jahangir socially and not to join those program organised by this lady so called but fake champion of human rights and oppressed .

So called moderates and fake liberals in Pakistan like Asama Jahangir actually are apologists for Deobandi takfiri tertorists and sectarian elements . These fake leaders of civil society are on side of oppressers , killers , terrorists and anti peace forces .Their sympathies for victims of religious terrorism is fake and artificial as they are not ready to condemn victimisers with their identity and when such culpirts get reward against their crimes such fake leaders tries to make disputed that .Sufi Sunnis reject wrong but distorted crticism by fake liberals and moderates like Asma Jahangir.

We ask national media not to glorify and glamourize such fake leaders of civil society and not to give space for their statements which hurt Sufi Sunnis and other communities which lost their dear ones . We do not see any difference position taken by deobandi apologists for Taliban and lashkar Jhangvi ASWJ and by fake liberals like Asama Jahangir.
These were Deobandi apologists like General Secertary of Deobandi Wafaqulmadris Qari Hanif Jalandhri , head of JUI -f Molvi Fazalurahaman and others who called hanging of terrorists belonged to deobandi ASWJ unjust against priniciple equality of all before justice and now fake liberals like Asama and others are saying same words .

These so called and fake liberals who obfuscated always deobandi takfiri identity of terrorists and wrongly called and wrote them Suunis and even said that there is no difference between deobandis and Sufi Sunnis whenever we Sufi Sunnis draw their attention toward their obfuscation of deobandi wahhabi takfiri terrorism .Now they have exposed more due to their open support for deobandi terrorists being hanged .

This is shameful act made by Asma and other fake liberals. Sufi Sunni organizations should protests such apologists .We ask those members of civil society who had started a movement against sympathisers of Taliban and cleric of Red Mosque Molvi Abdulaziz to condemn Asama Jahangir and all those who are calling hanging of religious terrorists unjust if they are committed to that cause .
This is hypocricy that on 16 January these so called liberals chanted slogans against Taliban and religious terrorists and next day these leaders kept silent on statement by Asama in support of terrorists of ASWJ hanged . Mr Nasir jibran ! We are waiting for your response on this statement given by Asama but perhaps you will remain silent as you have closed tightly your lips against ASWJ despite our appeal . You adoptec escapism in case of ASWJ and you still did not organise even single protest in front of head office of ASWJ and its head Ourang Zaib Faruqi . Day by day people are recognizing fake and selective apporach on religious terrorism adopted by liberals and so called campions of human rights.

Aamir Hussaini’s comment: I think this is more honest analysis and criticism made by a sufi sunni right journalist Khalid Noorani who is admin of a sunni sufi page on faceboook . Such honesty lacks now -e-days in elite liberal cirles . I was making my mind to give hardhitting response while this response came in my knowlege .Such response from Sufi Sunni circles indicates that more and more people are realizing false nuetrals and apologists for Talibans and other terrorists of Deobandi Takfiri terrorists wearing liberal and secular masks on their faces .
Mr Khalid Noorani raised very valid and in time questions on those liberals and seculars like Nasir Jibran who have started a campaign angainst sympathisers of Taliban like cleric Abdulaziz and started campaigns like ‪#‎arrestabdulaziz‬. Now they should condemn Asama and others who are creating sympathies for hanged terrorists of ASWJ through their statements while opposing hanging . 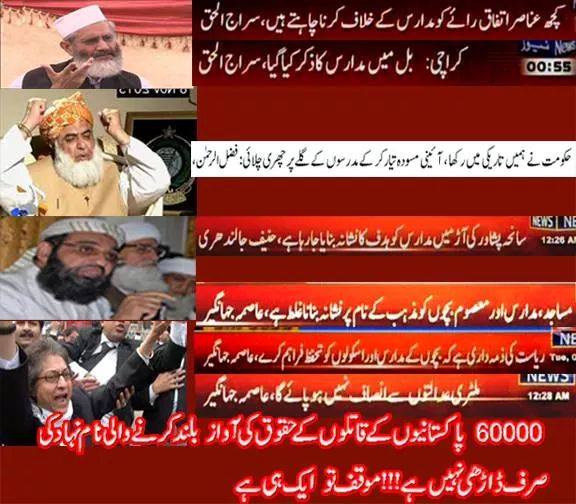 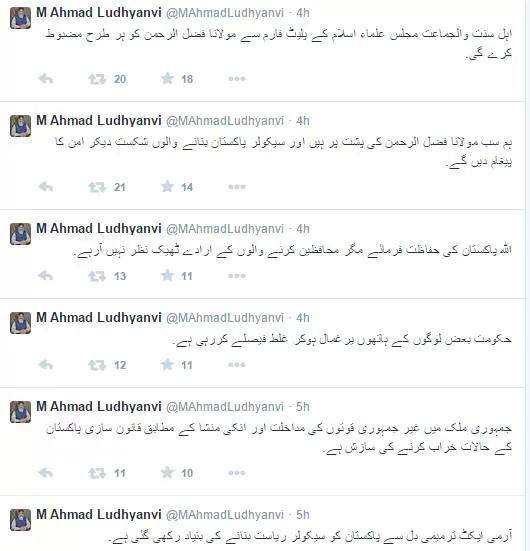