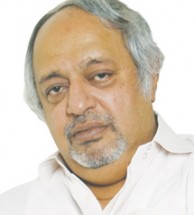 Let’s talk of the most degrading and damaging issue, the sheer stupidity of those who claim to be Muslims but commit heinous un-Islamic crimes in the name of Islam contrary to the injunctions of God and fuel anti-Muslim sentiments. By falling into emotional traps laid by adversaries, prejudiced provocateurs or agent provocateurs and wantonly killing people of other religions and value systems they become Islam’s greatest enemies themselves.

Thus they play into the hands of their adversaries and prove their point that Muslims are intrinsically violent. In so doing, they do God, Islam and the majority of Muslims that are good no service at all. Indeed, people of all faiths are intrinsically good because no one is born bad; societies and circumstances make them bad. But a small minority that commits violence with the gun, the tongue or the pen makes people of all faiths look bad. Muslims at the very least should understand that Muhammad the Messenger of God (PBUH) is too high a personage for sticks, stones and cartoons to reach him. By killing his detractors they do just what the Messenger’s (PBUH) detractors want: belittle him, demonise Islam and degrade Muslims at large.

The Messenger (PBUH) was the kind of man who visited a lady who used to throw garbage at him every day but when he passed under her window one day and she didn’t he went up to her flat to inquire after her health. The woman was so overcome by such goodness that she became a Muslim. This is a shining example of love of God’s creations, tolerance, moderation and forbearance that Islam and the Messenger (PBUH) teach humankind. Sadly, the few genuine ones notwithstanding, Muslim clerics masquerading as scholars have been stalking Islam for centuries and made Muslims forget this central and pivotal aspect of Islam and caused a growing minority of Muslims to do just the opposite.

Combined with weak, confused and avaricious governments haunting Muslim lands, these stalking clerics have no hindrance in spreading their vile, hate-filled mutations of God’s word, as witness what is happening in Islamabad’s Red Mosque. Clerics have turned Faith into myriad religions based on dogma, rituals and outdated traditions that have nothing to do with the Faith pristine but been superimposed on it by clerics and come to be regarded as part of the Faith by mostly uneducated adherents.

Had Muslims made their point about the ‘Charlie Hebdo’ cartoons that appeared seven years ago in a civil manner, the cartoonists would have looked like intolerant dolts that provoke with a purpose – to rile Muslims into committing atrocities to prove their point. The cartoonists would have looked like cartoons themselves and become embarrassments. Now they are heroes, huge anti-Muslim rallies have come out in Western cities and the cover of the post-massacre issue of Charlie Hebdo depicts the Messenger (PBUH) holding a sign saying “Je Suis Charlie” – “I am Charlie” – and is selling in millions, just the opposite of what the killers wanted. The Messenger (PBUH) would say, “Not in my name.”

Does God say in the Quran that images of the Messenger (PBUH) or any other high religious personage cannot be made? The historian of Muslim art Christine Gruber says that He does not. The idea of discouraging images of prophets is that people should not start worshiping them like idols instead of worshiping God as most human beings find it difficult to comprehend the ‘abstract’ but understand material, solid things, which is why paintings, statues, drawings depicting the Messenger (PBUH) are discouraged.

To understand an entity such as the Supreme Creator that they cannot hear, feel, see or smell is difficult for humans. Making mocking cartoons of the Messenger (PBUH) is worse, for it is blasphemous that hurt his followers, not him. But you do not answer blasphemy with blasphemy. You persuade people with civilised example.

Yet there they are, paintings of the Messenger (PBUH) in museums and books all over the world, as indeed there are of others of his family. They are made and sold in Muslim Iran and Iraq to this day and hung on walls in people’s homes. Sure, the ‘puritans’ who understand only the letter but not the spirit will say that Shi’a are not Muslims, but who are they to make such a judgment? Only God can decide who is a Muslim and who is not. The Messenger (PBUH) wasn’t Shi’a or Sunni, and he certainly was not Salafi or Wahabi God forbid, or Deobandi, Barelvi, Khawaraji or Takfeeri. He was a Muslim pure and simple and that is all that matters.

As to the West and its ‘values’, is it that they use freedoms as weapons to demonise those they hate or fear (wrongly) or do they still not realise that every freedom has limits as Pope Francis says. The Crusades have ended you know, and they ended in Muslim victory. You have a choice: wage true jihad with the pen for good or use it as a weapon for bad, in this instance to trigger off certain reactions to justify your own later reactions to impose hegemony for at the end of the day hegemony is all its about.

Or is it plain hypocrisy? According to their ‘values’ they can do things under the guise of freedom of expression and hurt the feelings of 1.5 billion Muslims, but were they to utter one word that is considered anti-Sematic the world would come down on them like a ton of bricks. Self-censorship, what? Despite this anti-Semitism is sadly growing in the West again. All freedoms stop when you start transgressing on other freedoms like hurting sentiments. Freedom of expression should not mean freedom of provocation or emotional and mental torture, freedom to dehumanise. Could it be deliberate, to provoke Muslims to show their worst face and thus feed the growing anti-Muslim sentiment in the West and detract from the equally ugly growing anti-Semitism there? I don’t know, but the thought does occur to me sometimes in my pensive moments of decreasing solitude.

Look at the record, where we have gone since 9/11. The USA invented and created Osama Bin Laden and his al Qaeda along with leaders of other armed groups to fight the Soviet occupation of Afghanistan in the 1980s. They were helped primarily by European powers, Pakistan, Saudi Arabia and many other Muslim and non-Muslim governments and peoples. Non-state terrorism was made in the CIA’s test tube to fight Soviet state terrorism and given the name jihad meaning freedom struggle, which for the Afghans it certainly was. But for the US it was a chance of getting even with the Soviets over their humiliation in Vietnam.

Today, the sons of those same jihadis are fighting a freedom struggle against occupation of their homeland by the USA and Europe, but if you talk of this irony you are at once labelled ‘jihadi’ that has now become a pejorative word. These anti-Soviet jihadi Afghan and Muslim leaders were once welcomed to the White House and likened to the founding fathers of America. Today, their progeny are hunted by the White House and still called ‘jihadis’ as a bad word. Against the Soviets the Afghan jihadis were freedom fighters; against America and NATO jihadi has come to mean terrorist. What crass hypocrisy, a hypocrisy that was beautifully summed up by Hillary Clinton in her confirmation hearings.

Now ISIS and its ‘Islamic State’, in the creation of which America is most culpable, are demonising the concept of an Islamic State and the Caliphate. The Demonisation of Islam Project crunches on like a juggernaut and the ‘Muslims’ of al Qaeda, TTP and ISIS are helping it along, like guides to the slaughter. Methinks that this demonic Project might boomerang, signs of which one can see as realisation dawns amongst western peoples.

Had Muslims made their point about the ‘Charlie Hebdo’ cartoons that appeared seven years ago in a civil manner, the cartoonists would have looked like intolerant dolts that provoke with a purpose – to rile Muslims into committing atrocities to prove their point

After the war against the Soviets was won the creators of these ‘founding fathers’ and their home countries abandoned them, so they morphed from mujahedeen into ‘Taliban terrorists’. They too are culpable for they helped by being driven by their own ideologies based on their own interpretations of the Quran far from the Spirit of Islam and God’s word.

With the demise of the Soviet Union and the end of the Cold War, the US became the sole superpower but being juvenile was unable to function without an adversary to further its doctrine of economic hegemony that is inherent in Man. So ‘radical Islam’ that they had helped to radicalise in the first place was created into the new adversary. Al Qaeda morphed from holy freedom fighters into the most dangerous terrorist organisation in the world, Jihad became pejorative and Islam was demonised. Followed 9/11.

I don’t want to jump into the quagmire of wondering whether 9/11 was solely an al Qaeda project or a false flag operation provoked by others alone or in conjunction with al Qaeda that may or may not have understood that it may be working with or for others. Neither do I wish to jump into the speculation, started in France by the way, that the Charlie Hebdo attack was also a false flag.

But lest we forget, Osama Bin Laden started life as a CIA agent. Suffice it to say that regardless of who did it, 9/11 provided the pretext for attacking and occupying first Afghanistan and then Iraq. What followed is before you – the entire Middle East, Pakistan and Afghanistan on fire and spreading. Now, with the attack on Charlie Hebdo Muslims as a whole have been demonised further and someone as revolting as Rupert Murdoch has found the temerity to say that all Muslims are responsible. The anti-Muslim Inquisition has gathered pace, the Demonisation of Islam Project has reached a new high.

There are some who are warning of a Muslim Holocaust in which tens of millions could be killed. But Muslims themselves are most to blame for their sorry lot for they are leaderless, directionless and divided into myriad sects and movements each with its own peculiar interpretation of Islam. Muslim leaders are least interested in their independence and interests and most interested in clinging to power by becoming lapdogs of hegemons to gather maximum wealth, while Muslim clerics preach hate, slaughter of non-Muslims and Muslims of sects they differ with. Muslims have brought their pathetic condition upon themselves. They are the poorest, weakest, least educated and most reviled people in the world for whom the earth is shrinking even in their own lands. In Pakistan, we are scared of sending our children to school. If that isn’t the earth shrinking, what is? Muslims are a pretty prefect picture of pathos.