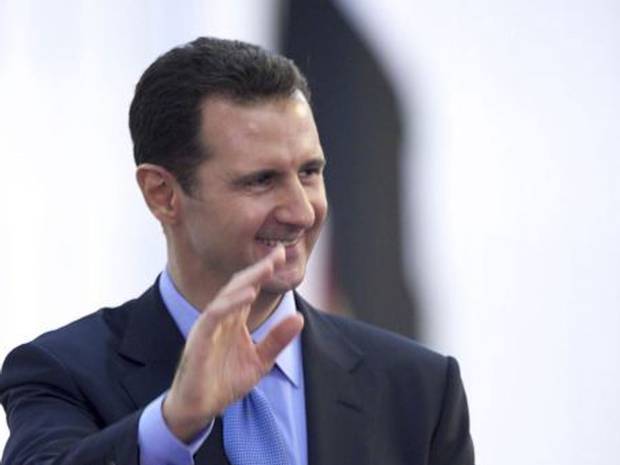 There is a feeling of inevitability about the attack in Paris.

The likelihood must be that the killers were Islamic Wahhabi Deobandi fanatics, the murder of the journalists and police underlining the degree to which the ferocious religious war being waged in Iraq and Syria now affects all of the world. Regardless of whether or not those who attacked the Charlie Hebdo office have any direct connection with this conflict, it has provided an ideal seedbed for Islamic extremism.

It was culpably naïve to imagine that sparks from the Iraq-Syrian civil war, now in its fourth year, would not spread explosive violence to Western Europe. With thousands of young Sunni Wahhabi and Deobandi Muslims making the difficult journey to Syria and Iraq to fight for Isis, it has always been probable that some of them would choose to give a demonstration of their religious faith by attacking targets they deem anti-Islamic closer to home.

One way of measuring the spread of al-Qaeda-type groups is to look at suicide bombings over the last week. Several of them have inflicted heavier casualties than at Charlie Hebdo. For instance, in the Yemeni capital, Sanaa, today, a suicide bomber driving a minibus packed with explosives killed 33 police cadets. On Tuesday, another suicide bomber killed 23 Iraqi soldiers and pro-government Sunni tribesmen in a town in Anbar province north-west of Baghdad.

The day before, gunfire and a suicide bombing killed the general heading the Saudi border control force and two others on the Saudi-Iraq frontier. A week earlier, on 30 December, a suicide bomb blew up outside the internationally recognised anti-jihadi Libyan government building in Tobruk.

On Friday (9 Jan), a Deobandi suicide bomber massacred 8 Shias and Sunni Sufis in Rawalpind (Pakistan) while they were celebrating the birthday of the Prophet Muhammad.

In this widening sea of violence, regardless of who carried out the Paris massacre, it would be surprising if Western European states remained unaffected. One of the characteristics of the modern jihadi movement has been to commit highly public atrocities both as a method of intimidation and as a demonstration of the religious commitment of those carrying them out.

This was a feature of 9/11, suicide bombings in Iraq, Syria and Afghanistan and the ritualised murder of journalists and aid workers on camera. An added benefit from the jihadis’ point of view comes if they can tempt the government into an overreaction that helps spread their cause.

Thus George Bush and Tony Blair played straight into the hands of al-Qaeda by responding to 9/11 by sending armies in. The prison wardens of Abu Ghraib, by mistreating prisoners, and the CIA by torturing them, acted as recruiting sergeants. The counter-effectiveness of that strategy is demonstrated by the growth of al-Qaeda-type jihadi movements 14 years after 9/11.

Can anything be done to reverse the trend towards the spread of Islamic fanaticism? Catching and punishing those responsible for the Charlie Hebdo massacre is not going to deter people who have martyrdom as a central feature of their faith. But bringing to an end, or even just de-escalating the war in Syria, would begin to drain the waters in which violent jihadism flourishes.

Such a de-escalation means the US, Britain, France and their allies accepting that they are not going to overthrow Bashar al-Assad and Assad accepting that he is not going to win back all of Syria. There should be ceasefires between government and non-jihadi rebels. Power would be divided within Syria and, for the first time, governments in Damascus, Baghdad and Paris could unite against violent Sunni [Wahhabi Deobandi] jihadism.