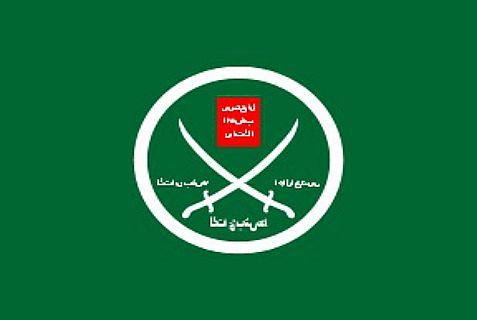 Has wisdom finally descended on Islamabad to curb Islamist terror that spares none? Let’s hope so. Reports are that its security forces have intensified their offensives against the Tehreek-i-Taliban Pakistan which has claimed responsibility for the cold-blooded massacre of 132 kids and others in a Peshawar school. By now they have killed Taliban commander Saddam, who allegedly facilitated the attack on the Peshawar school, and arrested six of his accomplices. They have killed also some alleged militants in North Waziristan, on the border to Afghanistan. Besides, Islamabad has announced its plans to execute over 500 convicted extremists after a moratorium on capital punishment has been lifted in the wake of the Peshawar massacre.

I would, however, warn Islamabad against confining its action against a select group of militant Islamists— the Haqqani Network and safe havens of al-Qaida and Tehrik-i-Taliban Pakistan—alone. This would not do. Action is needed also against the Punjab-centric terror groups such as the Laskar-e-Taiba (LeT) aka Jamaat-ul-Dawa (JuD), Lashkar-e-Jhangvi (LeJ) and others. The fanatic ideology of violence preached against humanity by Islamists like Mullah Omar and Hafiz Saeed or the groups like Wahabism —the Deoband seminary, Tablighi Jamaat, Ahle Hadith and the Jamaat-e-Islami – unites all terror groups. The survival of any terror group would be antithetical to all cherished original values of humanity in Pakistan today.

The ideology of hatred and violence the Islamists are preaching in Islamabad is in modern times linked with the Muslim Brotherhood based in the Middle East. Eminent Middle East scholar Mordecai Kedar says the Brotherhood has inspired the “Islamic State” or the “caliphate nation” notorious for the trampling of human rights of those who do not toe their line and the minorities, such as Christians, Yazidis and Shiites, in particular.

The Brotherhood is an absolutely reactionary group founded in 1928 in reaction to the legendary progressive Turkish ruler Ataturk (Mustafa Khamal)’s abolition of the Caliphate in 1924 . Its credo is “Allah is our goal, the Quran our constitution, jihad our path and to die for Allah our highest aspiration. ” The MB’s coat-of-arms displays two swords symbolizing its militant mission. Its goal is the unity of all Islamic nations under the wings of Islamic Sharia and the return of the Caliphate.

The Brotherhood has spawned many organizations, including al Qaeda. It has in Egypt – the Jihad, Al-Takfir wa al-Hijra; Al-Nagounmin al-Nar; in Palestine– Hamas, Islamic Jihad, the Islamic Army and People’s Army; in Tunisia –al Nahda; in Nigeria – Boko Haram; in the Philippines – Abu Sayyaf; in Indonesia – al Jamaa al Islamiya; in Syria – Jabhat al Nusra; in Israel – the Islamic Movement. In Europe and America also hundreds of organizations and commercial companies have branched out from the MB.

Pertinently, Kedar adds the “Islamic State” is not the first terrorist Islamic state in the modern era. The Islamic Republic of Iran has been a terror state. In its first years, its kangaroo courts sentenced to death tens of thousands of Iranians identified with the deposed Shah’s regime. The Khomenist Iran has funded, trained and armed many terror organizations, including Hezbollah and Hamas. The Taliban State that took control of Afghanistan in 1996 was a terrorist regime murdering whoever did not obey its radical commands.

I would hence suggest that Islamabad fight this entire ideology of hatred and violence in all its forms and dimensions spread across Pakistan ( and the world ). Islamabad may consider the path of Egyptian President Abdel Fattah el- Sisi . President Sisi is rightly being very tough with all terrorists indulging in violence in Egypt. He has banned the Brotherhood which happens to be the ideological source of almost all Sunni terror groups in the Middle East having linkages the world over.