MQM’s founder and leader Altaf Hussain condemned target killing of Asghar Abbas in Chiniot, Punjab who was the local vice president of MQM. Altaf Hussain clearly condemned takfiri khariji terrorists of Sipah-e-Sahaba Pakistan (SSP aka ASWJ aka LeJ) on target killing of Shia Muslims and said that the SSP-LeJ-ASWJ terrorists were part and parcel of the Taliban and Al Qaeda and were supported by parties such as Jamaat-e-Islami and PMLN. He demanded action against the Sipah-e-Sahaba and demanded Deobandi clerics to clearly and unconditionally disown and condemn takfiri terrorists of SSP. 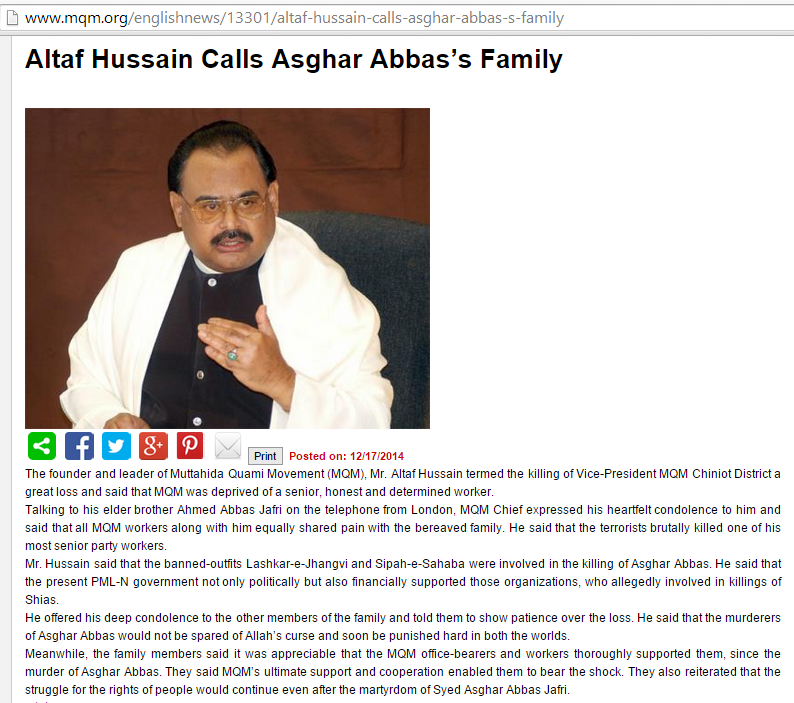 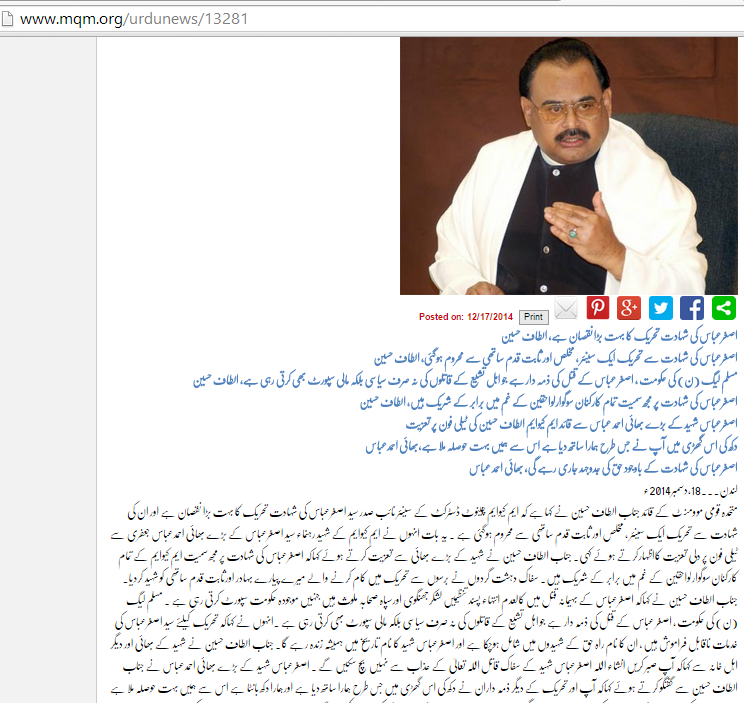