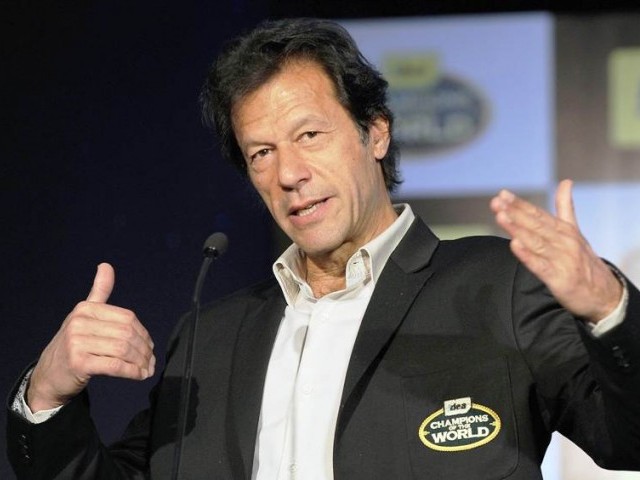 Imran Khan is said to be the latest product of Aabpara Factory in Islamabad, which has been manufacturing leaders for Pakistan since 1977. However, only Aabpara and its allied media are not behind Imran’s success. There are other factors, for example, Imran’s appearance and his superb marketing skills.

No doubt Imran has tremendous persuasion power and excellent presentation skills. He is still in good health and shape. Imran knows he looks good on camera. He uses his voice and body language to influence the public. His successes in the cricket filed, his British connections and his charity work have helped him build his image as a sincere and honest leader. Perceptions can be deceptive but so far a large number of honest and innocent people trust Imran Khan.

On the ideological front there is little difference between Imran and Nawaz Sharif. They both represent right-wing politics and policies; however, Imran Khan is counting on the military for power while Nawaz has learned that dependence on the military and intelligence agencies is counterproductive in the long run.

Nawaz Sharif was a product of Aabpara but now he is a challenge to the military’s sphere of influence. Commanders suspect that their former protégé wants to control the military’s unchallenged political power. Nawaz Sharif has transformed but perhaps it is too late. He and his brother are in power since long but they did not give relief to people nor did they reform the system. People in Punjab are genuinely fed up with the government and this has hurt the credibility of Nawaz and Shahbaz Sharif. Imran is the major beneficiary of the Sharif brothers’ real and perceived failures. Imran has addressed the public grievances by raising issues which are related to people.

Nawaz Sharif and Imran Khan have many similarities. Imran is doing what Nawaz had done in the 1980s and 90s. Imran criticizes everyone except the military. Imran does not point fingers at the wrongdoings of intelligence agencies. He doesn’t criticize the Taliban or other militant groups.

Imran doesn’t talk about class struggle. He doesn’t want fundamental changes in the system—economy, foreign policy, social and political order. His demand of change is similar to the agenda of a NGO that advocates change.

It seems that Imran and his party are new faces of the 1980s Jaamat-i-Islami and Nawaz League. In the 1980s and 90s, Aabpara and its allies were preparing and exporting Jehadi soldiers. They were marketing and selling Jehadi Islam as well.

Nonetheless, the 21st century project has a different motto, “building a ‘soft image’ of Pakistan”. Imran qualifies to re-launch the old brand with a new label. He is recognized and well-connected in the West, he is modern—in appearance.

He is not against music and women participation etc. The live 24/7 TV coverage of Imran’s public meetings with mixed young audience, who are singing and dancing, sends a very different message than the previous Jehadi image. Imran has beaten Nawaz on the marketing front; nevertheless, he (Imran) is promoting the same old agenda of the 80s and 90s in a new package.

It is interesting to note that Imran doesn’t advocate meaningful change yet his successful marketing of the change has earned him credibility that also empowers him to manage his political party like a limited company; however, political parties are different than companies or NGOs.

Business is for profit but politics is about educating, informing and serving the public. Politics is about defending peoples’ rights and leading the people responsibly. Politics is combination of ideology, philosophy, ideas and ideals and a clearly defined path to reach those ideals. Politics can be dangerous, especially in developing countries because in such states genuine political parties and leaders have to challenge powerful anti-people interest groups and lobbies. Business, on the other hand, is about setting and achieving targets for success (profit) and depend on clever marketing and customer services.

Politicians and political parties run political campaigns using publicity and promotional material but political spin and outright manipulation are two different things. Unlike other political parties, the PTI has been applying business marketing techniques for its events and in its advertising campaigns.

The PTI events are very carefully staged. Everything is pre-planned and rehearsed. Imran wants to organize/orchestrate big events mostly for photo-opportunities. Shahid Afridi and other cricket stars are invited to different events to attract the media attention. Unfortunately there is little follow up creating more talk less substance situation.

The PTI plans dramatic events and activities where sound (music), visuals and images are used for PR and promotion purposes. Educating, informing or serving the public doesn’t appear a priority. Facts and figures presented by the PTI are often distorted and misleading. Latest IT technologies and social media platforms are used to spread half truths and sometimes utter lies, for example, the killing of 17 people in Islamabad.

A political party or politician must not manipulate the public using such marketing techniques. The Capitalist system is driven by profit and in capitalist economies businesses sometimes use deception and deceit to promote their products and services through clever marketing strategies but politicians are expected to protect the public.

In industrialized western societies the public is media literate and there are many organizations which vigorously protect consumers’ rights and often warn them against aggressive and sometimes unethical marketing techniques which businesses can use through different communication means and the mass media.

We don’t have such safety networks in Pakistan and yet here we have a political party that is playing mind games and abusing the public trust in the name of fairness and justice.

Last year, Imran Khan’s close relative and adviser who was handling the media, had told me that they had planned to spend 500 million rupees on the electronic media so that the PTI could have some media leverage…!