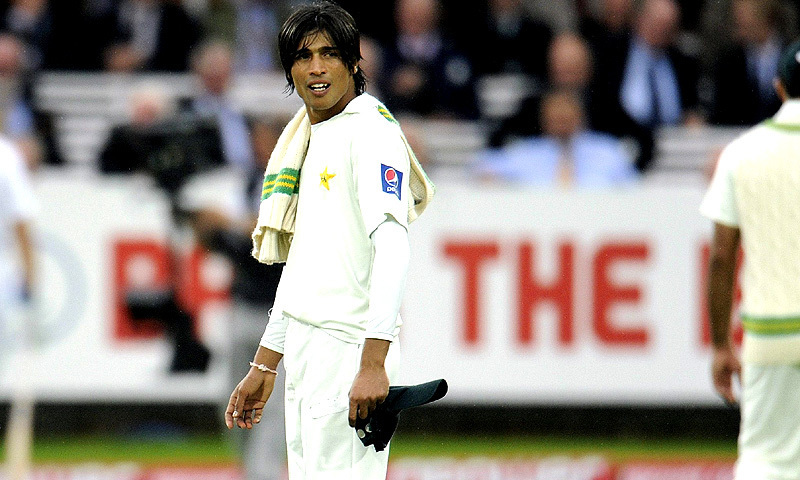 Nations just don’t do it, I can’t think of any respectable nation that will allow this to happen. Thank you, Ramiz Raja for speaking up the truth. Before many lala land dick heads come out of the woodwork and start trying to give me sensitivity lessons let me state it clear: when the first thing you do when you become a celebrity is not only illegal but also an immense betrayal there must never be a second chance. I don’t need sensitivity lessons; in fact I don’t have any-thing against Amir! I just have something against criminals and anybody who cheats his country, his gullible fans, and the very sport that feeds him/her. And then it was followed up by an “in your face” shameless behaviour until there was no option left but to feign repentance.

I don’t like it one little bit and if there were just one pair of gonads at the helm of PCB bigger than pigeon peas it wouldn’t be happening. What else can one expect from this bunch of lily livered, pantywaist, forked tongued, sorry excuses for Guardians of Cricket in a hapless country? A country that lets crooks don its colours is not the kind of country you would like your children and grand-children to inherit. But I guess that doesn’t matter as long as you can run the PCB mafia, Shahrayar Khan. Shame on you.

Amir is a sporting monster straight out of Beowulf – a Grendel. He could earn your love like a baby and stab you in the back at the same time. He lied to even his friends in the wake of that incident. Pakistan cricket should be kept away from the orgy of greed and duplicity that these three and many others in their generation wreaked upon Pakistan cricket. They were utterly without ethics or morals or any bedrock sense of decency about the noble sport whose flag they carried. Amir looked so good and so naïve on field that you could almost pray for him without you knowing it. The shock of his recognition was particularly painful.

Amir’s meteoric rise from squalid poverty to the most promising bowler in the world would never have happened if Pakistan hadn’t taken a punt on his raw talent. And then he was trapped like a rat by his own captain and his greed as he went all to pieces right in front of our eyes. Let not the people with seriously diminished attention spans bring him back to the national side. He has the right to walk free and play commercial cricket for any team that signs him but –to me- he has no right to represent my country ever again. He was not only a crook but a fool to listen to Salman Butt a flat-out, knee-crawling thug with the morals of a weasel on speed. Let’s never forget that these guys continued to fool their nation even after they were caught red-handed.

It would be tempting and much easier to forget and forgive Amir of his crimes because he is such an unbelievable talent. Yes, we could do that — but it would be wrong. Raja is right; Amir is a slippery little devil all the way. Instead of giving him a chance to poison our cricket again, let Amir be remembered as a classic case of a child prodigy shitting in his own future. Let the betrayal he inflicted upon us burn on his memory as the torch of his legacy.