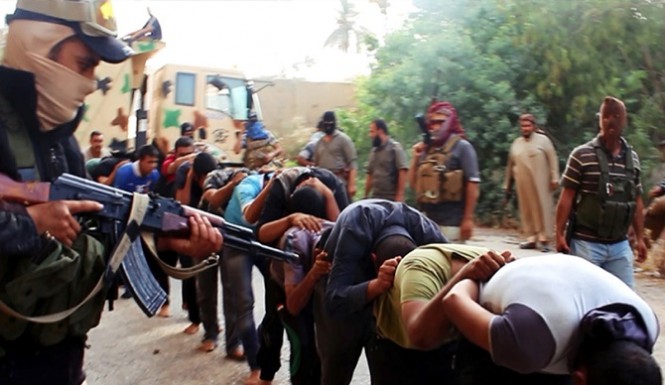 The murderous and inhuman Wahhabia and Deobandi ideology of the ISIS, Al Qaeda, Taliban and ASWJ emanates from the early Islamic era, not only the Kharijites but also certain other “holy” persons.

Here’s one such example of the character of Khalid bin Waleed (Khalid ibn al-Walid) by none else than a Salafi Wahhabi cleric who is describing how Khalid killed a sahabi, Hazrat Malik Ibn Nuwaira. Sick inducing though it is, it gives a really good insight into the Wahhabi and Deobandi takfiri mindset that is massacring innocent Muslims (Sunni Sufi and Shia), Christians, Jews, Hindus etc from South Asia to Europe and from Middle East to North America.

To save humanity, United Nations and all democratic governments need to ban violent Deobandi and Salafi/Wahhabi cult, shut down their mosques and place all hate clerics behind bars.

Further Khalid proceeded to rape the wife of Hazrat Malik Ibn Nuwaira the same night he killed her husband.  He was never punished for it thus rape became legal. 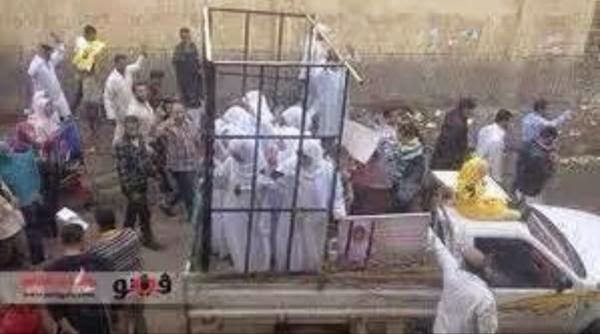 This is the result of uncritical eulogy of historical figures: 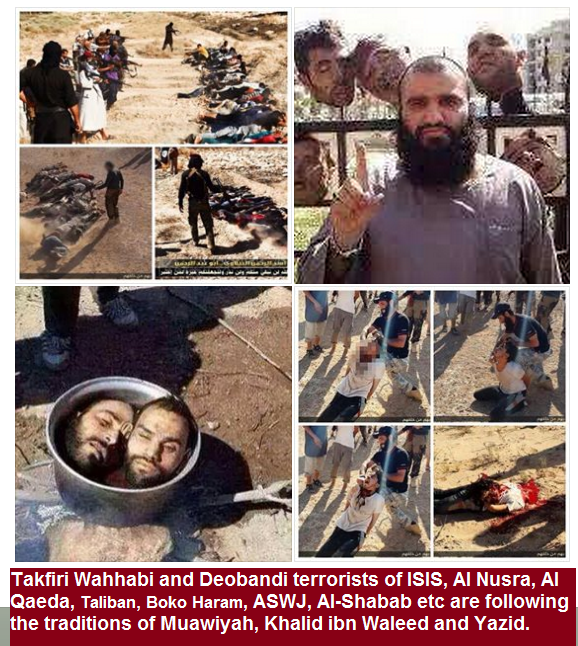