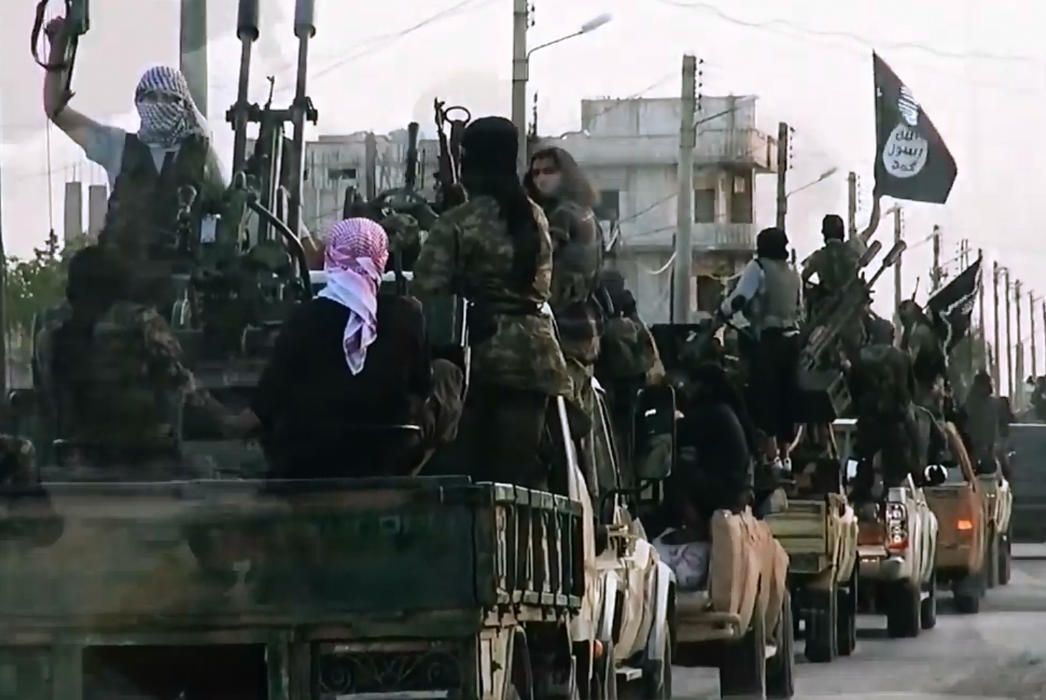 BAGHDAD (Reuters) – The bodies of more than 150 members of an Iraqi Sunni tribe which fought Islamic State have been found in a mass grave, security officials said on Thursday.

Islamic State militants, most of them from transnational Salafi Wahhabi and Deobandi backgrounds, took the Sunni Arab men from their villages to the city of Ramadi and killed them on Wednesday night and buried them, an official in a police operations center and another security official told Reuters.

In a separate case, witnesses said they found 70 corpses from the same Albu Nimr tribe near the town of Hit in the Sunni heartland Anbar province. Security officials there were not immediately available for comment.

“Early this morning we found those corpses and we have been told by some Islamic State militants that ‘those people are from Sahwa, who fought your brothers the Islamic State, and this is the punishment of anybody fighting Islamic State’,” an eyewitness said.

Tribal sheikhs from Albu Nimr say both sets of victims were among more than 300 men aged between 18 and 55 who were seized by Islamic State this week.

Iraq’s Shi’ite-led government wants Sunni tribal leaders to back the armed forces in the war against Islamic State militants who are notorious for beheading or executing anyone opposed to their radical ideology. 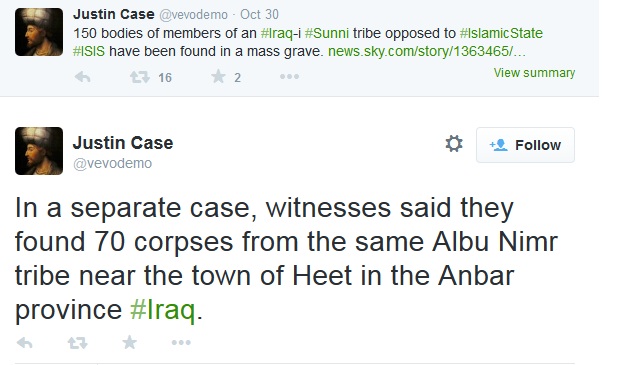 The bodies of 220 members of an Iraqi Sunni Arab tribe opposed to Islamic State have reportedly been found in two mass graves.

Some 150 men from the Albu Nimr tribe had been taken from their villages near Ramadi on Wednesday night and then killed, a security official said. In a separate incident 70 people from the same tribe were found dead in another mass grave near the city of Hit.

They are believed to have been members of the police and an anti-IS militia called Sahwa, or Awakening, and were reportedly shot at close range.

A witness said: “Early this morning we found those corpses and we have been told by some Islamic State militants that ‘those people are from Sahwa … and this is the punishment of anybody fighting Islamic State’.”

Tribal sheikhs from Albu Nimr say both sets of victims were among more than 300 men aged between 18 and 55 seized by Sunni insurgent group Islamic State this week.

Meanwhile, an international rights group says IS militants carried out a mass killing of Iraqi prison inmates when they seized the country’s second-largest city of Mosul in June.

Human Rights Watch said some 600 male Shiite inmates from Badoosh prison outside Mosul were forced to kneel along the edge of a nearby ravine and shot with automatic weapons. The New York-based watchdog said in a statement the Shiite prisoners were separated from several hundred Sunnis and a small number of Christians who were later set free. The information came from survivors.

Also in June, Islamic State claimed it had “executed” about 1,700 (Sunni Sufi, Shia and Christian) soldiers and military personnel captured from Camp Speicher outside Tikrit city.