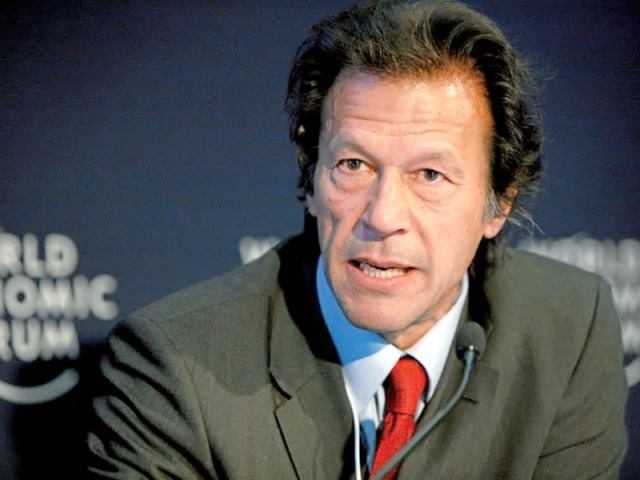 This article is in response to: Imran Khan Niazi is on the Right Side of History – by A Z

Asif, your unbending love and support for Imran Khan is comparable to the love of a father for his son. All his mistakes are immediately forgiven and forgotten because the father is convinced that his son has a great heart. This is just so adorably cute and I do admire this bond of love.

However, some of the mistakes of Imran Khan are not so easy to forgive and forget. He has still not completely given up on his support the Taliban. He is still in alliance with Jamat-e-Islami, the original fascist grouping of Pakistan that is responsible for large scale slaughter of civilians in East Pakistan. It is the same JI that provides support and cover for religious and ethnic cleansing and target killing. JI has been the original political structure that made alliance with General Zia and dismantled the Pakistan of our childhood. Imran’s greatest achievement so far, seems to be the “Dharna” of Islamabad in partnership with Tahir ul Qadri, another dubious figure with a shady background and dangerous ideas!

Other than those two monumental blunders of Imran, he is also a very poor judge of the outcomes of his acts. He gives false hope to his followers without any clearly set objectives. Whenever the mistakes of Imran are highlighted by independent observers, his supports rush to his defence with a single excuse: “He is not a politician! He is still learning his political skills!” Come on! he is 61 years old! he has been in politics for 16 years. When will he learn? How many more disastrous mistakes will he make? According to you, the conspiracy theories with regard to the march on Islamabad have been proven to be completely false.

You are also extremely excited about the possible positive results of the uprising. But you may want to consider some facts too:

1) The Army has further strengthened its hand on the political arena. As a result of the uprising, the politicians are even more vulnerable to the diktats of the generals who made a tactical decision not to intervene at this point of time but if similar events recur, they may decide otherwise.

2) No country or government can allow political demonstrators to storm its most sensitive symbols of power. In the United States, anyone trying to do so would meet the harshest response from the security forces.

During the Islamabad events, the Army took a clear decision to avoid violence against the demonstrators, whereas Imran with his partner in crime, Allama Tahirul Qadri, had unwittingly created the scenario of a massive bloodbath.

The history of Pakistan will remember this event as a “faux pas” by a set of “inexperienced politicians”, that had no lasting consequences on the ways Pakistan continues to stumble along. Why Imran Khan is not on the right side of history?

1. Imran Khan sides with the gangs and movements that are destroying the very core of the Pakistani society. He sides with the murders of innocent women and children. He sides with the killers of minority communities of Shias, Ahmadis, Hindus and Christians. Can this be classified as the right side of history?

2. Corruption and election rigging are serious issues that Pakistan suffers from. However, Pakistan is not the only country in the world that suffers from those. India and China are rife with rampant corruption (China operating with no democracy at all) yet continue to thrive as economic forces leading the world in technology and industrial productivity.

The cancer that is devastating Pakistan as a nation is religious fundamentalism. This is the single largest threat to the future of Pakistan. I would support Imran if he would come out clearly against the rising influence of religious fundamentalism. On the contrary, he sides with the fundamentalists and forms alliances with them. Is this being on the right side of history? It is surprising to note that for an observer of such high intellect and deep insight as yourself, you have never touched on the subject of Imran’s romance with Jamat-e-Islami.