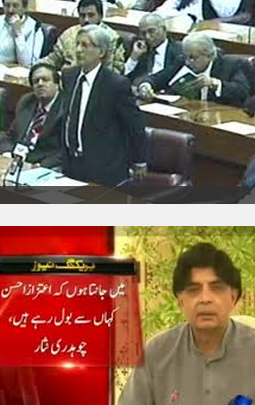 Aitzaz Ahsan is a fake hero in a parliament of kleptocrats. Don’t be misled by his verbal triade against Chaudhry Nisar to defend his personal honour (pagri).

All this tirade for the sake of personal explanation but no such ferocity for the 14 innocent people killed by Sharifs in Model Town? Very indirectly he referred to the people in the sit-in to show his Marxist credentials, with little susbstantive support.

Aitzaz Ahsan recites Marxist poetry and claims “I am a labourer”. haha.

Aitzaz Ahsan’s sole focus is on ‘shareef aadmi ki pagri’….. this trade and burst of integrity is so personal, so selective.

The only good thing in Aitzaz’s speech is how he insulted Mahmood Achakzai, the Pashtun Deobandi boot polisher of Punjabi Deobandis. Today, in Pakistan’s parliament, Mahmood Achakzai has been declared the most bay-ghairat (lacking honour) politican.

In the meanwhile, how can we forget that Aitzaz and other commmercial liberals worked with PMLN, Deobandis and establishment to give us a pro-TTP-ASWJ pro-PMLN Chief Justice Ifitkhar Chaudhry.

And when it comes to the real issues of extremism by the Deobandi takfiri mafia, Aitzaz and other ‘liberals’, ‘Marxists’ become mum. Will Aitzaz get up one day and talk about more than 10,000 Sunni Sufis/Barelvis and 22,000 Shias killed by Deobandi takfiris of ASWJ?

In the meanwhile, be very careufl of those who are blaming Chaudhry Nisar for the ongoing misdeeds and misadventures of Nawaz Sharif. Don’t trust them at all. 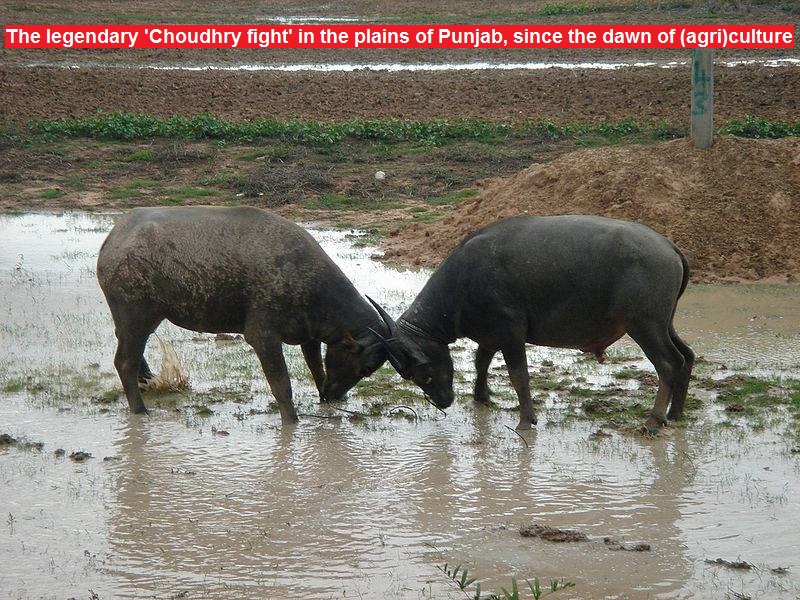