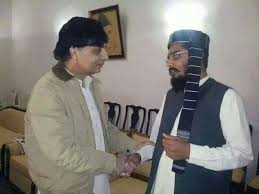 PMLN’s choice of Chaudhary Nisar as their spokesman yesterday is meaningful at a time when Kh. Asif and Saad Rafiq had been more active mouthing its propaganda in recent days.

Nisar, who remains in control of his tongue even when spitting venom, used the word “dhshtgrd” (terrorist) for the demonstrators at Constitution Avenue. This, preluded by banned terrorist Sipah-e Sahaba’s (ASS) demo on behalf of PMLN where they harangued against “Iranian style” revolution, and followed by tweets yesterday from known ASS Twitter handles referring to presence of “2000 Shia terrorists belonging to MWM”. Earlier Fazlur Rehman had come out abusively against leaders of the agitation.

Ch. Nisar is the patron of known ASS gangster Taji Butt and it was in his constituency that a Chehlum azadari procession was attacked from a Deobandi madrassah when the Zuljinah was forcibly taken away and axed to pieces.

The above choices of partners, spokesman and words clearly shows that sectarian lines have been drawn by PMLN against Pakistani Shi’a Muslims. The Pakistani Daesh, Laskhar-e Taiba is also sitting on the sidelines waiting to be activated. Its role will be much bloodier than that of ASS.

I hope that when MWM chose to enter the arena it had foreseen and discounted these trends and that it has a plan of action to effectively counter them, specially since the proximity of PTI to ASS and TTP is also prima facie obvious. Confirmation from MWM’s responsible officials shall be heartening. 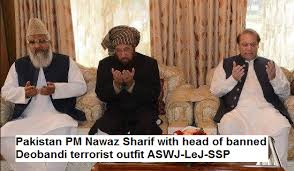