Editor’s Note: We are posting a social media note by renowned journalist Hamayun Gauhar. LUBP would like to add that the real success of this protest lies in the fact that it is completely non-violent and unarmed protest without any kind of backing from any side. Not even a single bullet was fired from activists despite presence of 25,000 people. Storming into parliament is not a violent act. We salute the courage of all of these protesters especially our women and kids part of this first ever kind of non-violent movement in Pakistan. The reason behind the grudge and hate spewed against them by Geo Network, Takfiri Kharijites and Commercial Liberals is obvious. They are paid by this Saudi-backed “Mughliyah Sultanate” of Sharif dynasty. 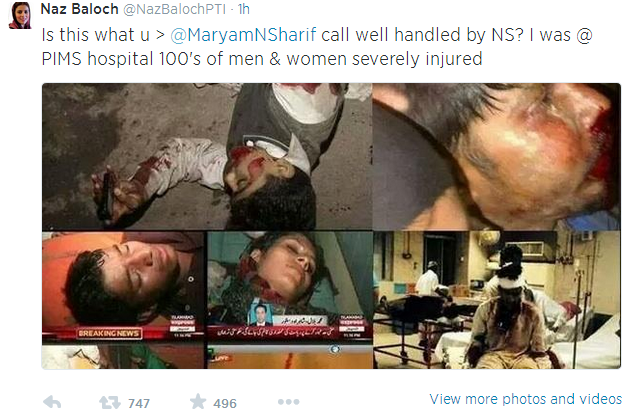 Ruling party people say that they had to fire and kill people because they were going to the Prime Minister’s House. These brainless people forget that the PM’s House belongs to the people, as does every other building of the State. It does not belong to Nawaz Sharif or anyone else. People were going there peacefully to sit in protest peacefully outside the gate. They were not going to occupy it.

The truth is that the illegal occupier-squatter of the Prime Minister’s House is Nawaz Sharif because a rigged election put him in it. So too the members of the National Assembly who got in through the massive rigging of the ballot — squatter-occupiers. So too those judges of the Supreme Court who are occupying it because of an illegal Executive Order of an earlier Prime Minister — all squatter-occupiers.
As to moving to the ugly PM’s House, where pray were people moving to in Model Town Lahore when 14 of them were murdered and 85 injured by the Punjab police in the middle of the night on June 14. They were sleeping for God’s sake.

Asking why the leaders of the protesters, Tahir ul Qadri and Imran Khan are sitting inside vehicles is brainless: kill the leader and kill the revolution. Imran is sitting on the roof of container anyway.

Government apologist’s excuses are wearing thin. I have written this as unemotionally as humanly possible sitting 500 metres away from the massacre that is still ongoing. 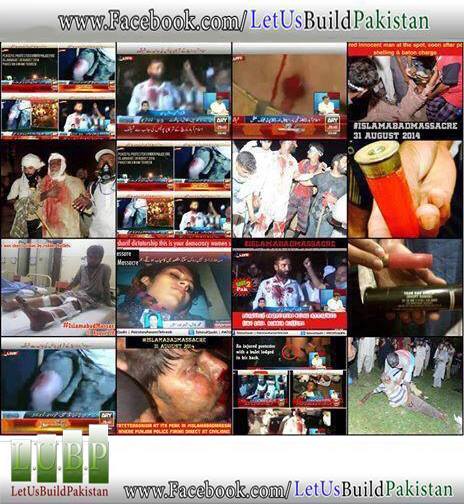 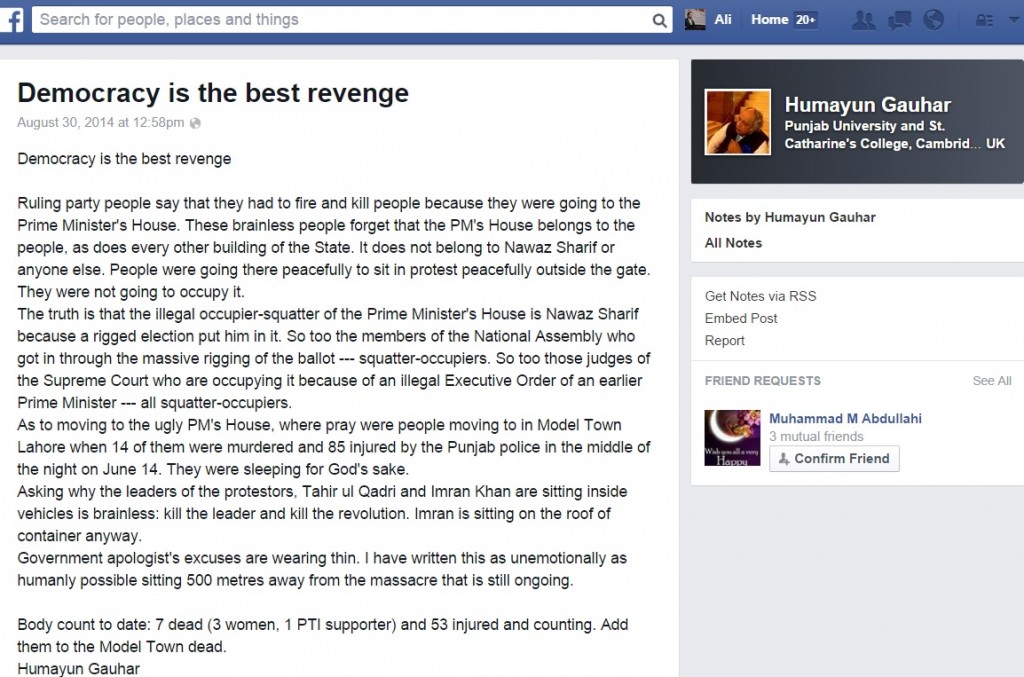